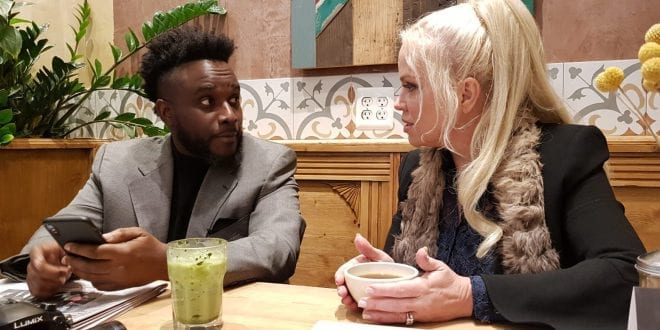 “In America, we no longer simply say – I am an American. It’s more about race now, that is the problem,” says the founder of a U.S. based public relations and marketing consultancy, Woodley Auguste, featuring programs on racism and tribalism in America.

He states: “What’s taking place is that we have seen in just the past 10 years a real pivot from the values of American exceptionalism.”

“Many of those things that have been integrated into society, where we once thought we have arrived at the pinnacle of post racism, where we even had a black president, President Obama, and that there was going to somehow become a utopia. We have all realized  the emperor has no clothes.”

Woodley Auguste says: “It’s a fallacy. There are many problems that are present and now people are much more cognizant of that because unfortunately, those problems are beginning to surface all the more, where there is a level of unrest and distrust for not just political office, but also the media.”

“The things that we are hearing where there is a political correctness that’s exemplified, where it’s taboo to say and speak truth.”

The Herland Report is a Scandinavian news site and TV channel on YouTube, reaching millions yearly, presenting leading intellectuals’ view on foreign policy, current affairs, the Middle East, Western decadence, featuring a variety of opinion and analysis from a number of commentators from across the political spectrum.

The Herland Report is founded and hosted by Hanne Nabintu Herland, a historian of comparative religions, bestselling author, commentator and TV producer, known from the media for sharp analysis and fearless speech.

Previous Private Armies and the Wagner Group? …all about the Oil
Next Federal Reserve May Not Save Stock Market in Next Recession