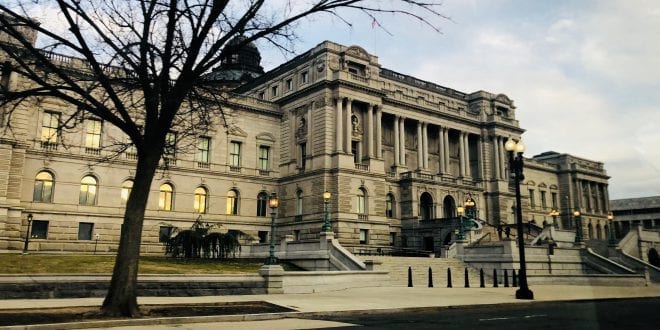 Federal Reserve May Not Save Stock Market in Next Recession

Herland Report: If you’re a long-term investor, the past 10 years have been a thing of beauty. After bottoming out during the great recession, the broad-based S&P 500 (SNPINDEX: ^GSPC), iconic Dow Jones Industrial Average (DJINDICES: ^DJI), and tech-heavy Nasdaq Composite (NASDAQINDEX: ^IXIC) have effectively quadrupled to quintupled in value.

But for many investors, the harshest recession since the Great Depression is also still fresh in their minds. Economic contractions and recessions are a natural part of the economic cycle, making it a matter of when, not if, the next one will strike, writes Sean Williams, first published at Nasdaq.

In recent months, we’ve witnessed a number of red flags that are suggestive of looming trouble. The one investors are probably most familiar with is the inversion of the Treasury bond yield curve. Generally, we’d expect to see bonds with longer maturities bear higher yields, which makes sense given that investors are parting with their money for a longer period of time and want to be compensated for that fact.

Recently, though, we witnessed this upward sloping yield curve flatten out, and eventually invert, whereby shorter-term bonds had higher yields than longer-term bonds (more specifically, the 10-year Treasury bond had a lower yield than the two-year bond, which is the true basis of an “inverted yield curve”).

Although an inverted yield curve does not always lead to a recession, every recession since World War II has been preceded by a yield-curve inversion.

Another sore spot has been U.S. manufacturing. Even though the U.S. has become more dependent on sectors like technology to drive growth, manufacturing still represents a core component to U.S. economic expansion. In October, the ISM Purchasing Managers’ Index came in at 48.3%. Any figure below 50% represents manufacturing sector contraction. This marked the third-straight month of contraction, and followed a September 2019 reading that was the lowest in more than 10 years.

We’ve also witnessed a significant increase in corporate debt this decade, compared to traditional loans from financial institutions. This U.S. nonfinancial corporate debt stood at almost $10 trillion by midyear, equating to 48% of U.S. GDP. This is 52% higher than the $6.6 trillion in corporate debt companies held on their balance sheets during the third quarter of 2008, the height of the Great Recession.

The Fed may have its hands tied during the next recession

In pretty much each and every post-World-War-II recession, investors have turned to our nation’s central bank to wave its wand and make everything better in relatively short order.

The Federal Reserve does this by influencing short-term interest rates, or more specifically the federal funds target rate. This is the rate that financial institutions (banks and credit unions) lend to each other overnight on an uncollateralized basis.

Though the Fed doesn’t directly influence benchmark interest rates, its federal funds target rate changes do trickle down and impact everything from credit card interest rates to bank loans and even mortgages, to some degree.

Historically, the Fed has had to reduce its federal funds rate by 500 basis points to stimulate the U.S. economy out of recession. But beginning with a maximum base of 2.5% at the end of 2018, the Fed has only half of its historical average to work with before hitting 0%.

According to a Federal Reserve Bank of San Francisco (FRBSF) Economic Letter penned by Senior Policy Advisor and Executive VP of the FRBSF, Glenn Rudebusch, historically low lending rates will likely coerce the Fed to use unconventional tactics when fighting the next recession.

One method, which we saw during and after the Great Recession, is the use of quantitative easing (QE). This involves the central bank purchasing Treasury notes to drive down yields in order to boost lending activity. QE also involved the Fed purchasing mortgage-backed securities at a time when the housing market was the shakiest it had ever been.

A second unconventional tool at its disposal, according to Rudebusch, is forward guidance. In layman’s terms, the Fed used its own guidance on short-term rates to push down yields on long-term bonds, thereby easing financial conditions and spurring lending.

The Fed can’t impact the perceived premium of holding long-term bonds, but it can certainly offer toned-down guidance about short-term rates, which can effectively impact the collective view of long-term yields.

However, the impact of unconventional monetary policy tools isn’t as clear. Though the Fed is credited with saving the day following the Great Recession, it also had more than 500 basis points of federal funds rate cuts to work with.

Central banks that haven’t had this sort of runway to cut rates, such as Japan and the European Central Bank, have not had very good success with unconventional easing tools. In fact, growth in these regions has stagnated for some time now.

In other words, the Fed may not be able to come to the rescue of the stock market during the next recession.