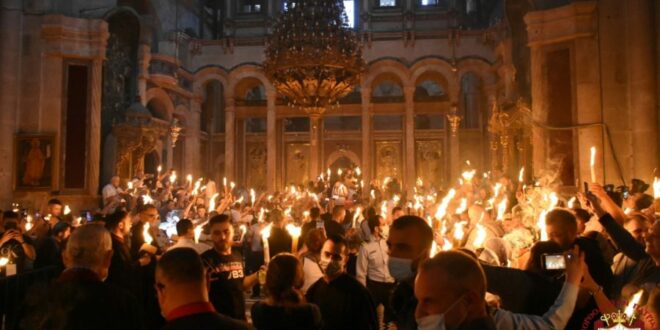 For decades, the leading European philosopher and atheist, Jürgen Habermas has emphasized the need for moral development in the secular West.

His thinking was initially considered neo-Marxist, following along the lines of the radical Frankfurt School that heavily criticized the bourgeoisie, traditional values in Europe.

He sought the answers to how to live the best possible life and be a fruitful citizen who cares for others, historian and author Hanne Nabintu Herland writes in a column for The Christian Post.

Yet, Habermas came to a point where he radically departed from much of his previous Marxist view. This development has dumbfounded European intellectual elite since Habermas for decades has been one of the architects of European secularism.

They don’t even want to talk about the fact that Habermas has become an advocate for the need to respect Christian ethics.

Habermas has written several books with then Pope Benedict XVI, addressing the need to reemphasize the Christian ethics in the West as the basis for rational thought, as religion seems to have the ability to motivate individuals to do good in a manner that secularism cannot.

When the neo-Marxists first appeared after World War II and counting into the 1960’s with the student rebellions, many felt that the New Left’ strategy of repressing the views of the traditionalist majority was a good idea.

Religion motivates people to love one another: Many intellectuals followed Nietzsche, Freud and other religion-haters who prophesied that the more modern man would be, the less he would need religion as “the opium of the masses” since “God is dead”.

It turned out, after Nietzsche went mad and died in a mental hospital, that the society he prescribed as the utopian world without religion turned into an extreme secularism in which the Jewish Ten Commandments were removed from society and selfishness, materialism and hedonism took its place as normative moral philosophies. “Do as you wish, who cares about tomorrow”. It became unfashionable to speak about “Don’t lie, don’t steal, don’t envy others, don’t kill”.

We live the results of Nietzsche’s impact, first on the Third Reich and then in the cultural revolutions in the West: The fragmentation of family bonds, lack of solidarity, lack of respect for parents and the elderly, lack of empathy, lawlessness, ethnic strife and the legitimization of an egocentric way of life.

Religion motivates people to love one another: It has been most peculiar to watch the changes in Habermas’ writing, keeping in mind that he is one of Europe’s most famous atheists. His change of heart regarding the need to reinvigorate Christian ethics in secular societies is a complete taboo to speak of in the politically correct New Left circles that dominate universities all over Europe.

It seems that Jürgen Habermas remedy to the lack of solidarity that permeates Western extreme-liberal thinking is to call for a new type of reflection that does not exclude the relevant moral contribution of religious ethics.

When he received the Holberg Price Award in Norway in 2005, he gave a speech in which he addressed the need for a renewed respect for traditional Christian morality.

Religion motivates people to love one another: Traditional science distinguishes sharply between faith and knowledge and takes a naturalistic position that devalues all categories of knowledge that are not based on empiricism, natural laws and causal explanation.

This singular emphasis on physical science makes it difficult for us to understand the complexity of the human spirit, he says. A more practical understanding of what it means to be an individual with responsibility for one’s actions is particularly essential.

In the Dialectics of Secularization: On Reason and Religion, Pope Benedict XVI and Habermas assert the importance of religion not being isolated in the private sphere.

Instead, respect for historical Western norms should be reinstated to curtail the trend of weakening solidarity and empathy. The West needs to gather moral strength from its historic origins.

It is an urgently needed ideological shift. Religious ethics have a role, a moral role, to play as the ethical foundation of society.

Religious perspectives represent valuable contributions to strengthening the social community with a new sense of solidarity, kindness, unselfish acts and care for those who need it most. And it is rational to care, rational to seek moral foundations that man strengthen a culture in moral decay.

Previous The Ukrainian Orthodox Church under heavy persecution, urgent appeal to end the Banning of the Church
Next Countries that constitute the West are no longer nations, no common values, no unifying forces