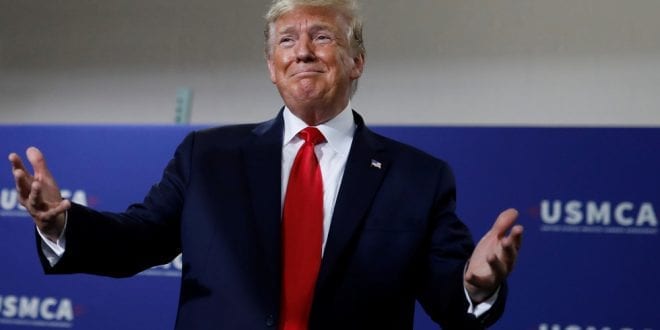 Remarkable Democrat Show: Impeachment of a President for wanting to stop Corruption

Herland Report: The ongoing political civil war in the United States, and attempted coup against the duly elected president, Donald Trump steadily puts the corruption within the Democratic Party forefront.

American corruption on State level is now so obvious that leading intellectuals internationally speak of attempted coup d’etat in America.

Herland Report have had numerous articles, interviews and TV programs on YouTube with leading senators, politicians, CIA and DIA directors, Judicial Watch leaders and more on the subject of American corruption.

The Impeachment circus, in which the president is indicted for speaking to another president about possible corruption in the Hunter Biden case in Ukraine, simply is preposterous.

It started with Vice President Joe Biden’s son, Hunter Biden who took a post on the Burisma Board in 2014, Ukraine.

Tass writes: “The Ukrainian Office of the Prosecutor General has drawn up an indictment against the owner of the Burisma Holdings energy company, ex-Ecology Minister Nikolai Zlochevsky, that contains information that the son of former US Vice President Joe Biden, Hunter, as a Burisma board member along with his partners received $16.5 million for their services, Ukrainian Verkhovna Rada MP from the ruling Servant of the People party Alexander Dubinsky told a press conference on Wednesday, citing the investigation’s materials. According to him, the money came from duplicitous criminal activity.”

The US president Trump is consequently being impeached for wanting to look into corruption in Ukraine by Hunter and Joe Biden. On these grounds, the Democrats impeach the president.

On and on, we now watch seemingly neverending meetings and testifying in Congress over…the need to impeach a president for wanting to stop corruption.

It is truly a testament to the current state of the American Justice System. The American commentator, Ben Shapiro sums it up below.

Many ask why we do not cover the impeachment process the same way we covered Russia Gate. We think that Dr. Paul Craig Roberts says it best:

The answer is that there are no grounds for impeachment. This is a purely partisan exercise of power by the House Democrats and the presstitutes.

Probably also the CIA is using its media assets to run an experiment to see if Americans are sufficiently braindead that a media campaign can succeed in bringing down a President despite the absence of any offense or evidence.

I doubt it will succeed. As Russiagate failed to convince the public, the public is likely to see the second attempt to unelect Trump as another hoax.

The stated national aim of president Donald Trump is to be found in the speech below.