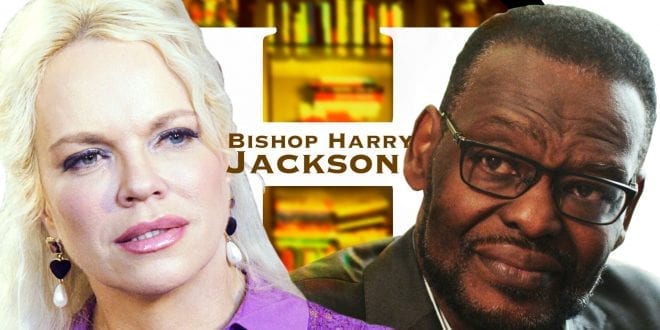 Herland Report host, Hanne Herland speaks to Bishop Harry Jackson about why Black Churches are The Best in the United States. Or are they?

[pullquote]Master Jesus’ focus was outwardly angled: How can we do good, do justice, notice others, be kind, be honest, be faithful in service of human kind?[/pullquote]

Bishop Jackson is a regular guest at CBS, 700 Club, CBN, featured in articles in The New York Times, Los Angeles Times, Washington Post, The Washington Times and many more.

Bishop Jackson currently resides as the Bishop of International Communion of Evangelical Churches and as the pastor for Hope Christian Church.

Bishop Harry Jackson, a regular at The Herland Report and a good friend of president Donald Trump, one of America’s leading Social Conservatives and outward reaching reverends, answers these questions in a new TV show.

Jackson has for many years been engaged in Social Conservatism, the call to social action. The aim in life should be to leave this world in a better state than we found it, and to diligently work towards that goal.

Research shows that Black Churches tend to have members who care more for the weak, do community service, have an active outreach. They pray more and stick more to traditional Christianity.

White Churches seem more preoccupied with “bless me, help me, give me a promotion” selfish type of message,  omitting the very foundation of the radicality of Christian faith.

It was defined by the revolutionary Middle Easterner, Jesus: “Love thy God and Love thy Neighbor. Do good unto others”.

Or what is American Christianity these days? A quest for “me to get rich and get ahead of everyone else?” Is Christianity about “loving me” or “loving others”?

The master Jesus’ focus was outwardly angled: How can we do good, do justice, notice others, be kind, be honest, be faithful in service of human kind?

Bishop Jackson states: “We have fallen away from faith in general in America, but one of the remaining bastions of Christian faith is the black community, along with Hispanic community,” says Bishop Jackson, a leading American social conservative activist, commentator, a famous lecturer who holds an MBA from Harvard Business School. He is also a best-selling author.

The Bishop says: “Regarding Black churches, it may be that the pressures of injustice, not having alternative structures to lean on for just your daily bread, have induced a certain God mindedness to people who felt that they were oppressed.”

“African-Americans attend church more frequently. They pray more regularly. They have devotional life and scriptural reading habits, which are higher than the mainstream community.”

“The average African-American church is actually about twice the size of the average mainstream church in America. So that is quite a phenomenon, but it may really be, as the great French philosopher said, Le Montaigne, that “necessity is the mother of invention”, and I believe that that is where we are. They knew because of the pressure of the world that we would need more help from the divine.”

“You will find that even post civil war and the reconstruction eras in America from 1860s, churches came together in mutual aid for societies. They created savings and loan institutions of their own. They helped people get mortgages because the regular finance community would not work with blacks and people who were previously slaves. The church became this hub.”

“What our churches need is a renewal, and I hope that the danger that the world is facing with international security and division on so many different levels of racism, this whole issue of sexual harassment, many things.”

“I think that may drive individuals back to God, out of a desperate need for meaning and empowerment. The God who everyone believes wants you to keep the rules is willing to break the rule of tradition and reach out to the last, the least, and the lost, to the helpless of the cultures and help them.”

“One of the problems I find with Blacks and Hispanics in the US context, is that sometimes humiliation and tough external circumstances causes people to become bitter and hateful, and want to retaliate. When they take that approach and even baptize their hatred in the name of justice, it is self-destructive.”

“My prayer is that the least of these in our culture would find that place of humility at the foot of the cross, and would embrace real true Christian values. That group of people can lead the way to spiritual renewal in our land that may reverberate beyond their shores.” Black Churches are The Best.

Previous Remarkable Democrat Show: Impeachment of a President for wanting to stop Corruption
Next Human Rights Tragedy in Libya, silence in the West – Linda Ulstein 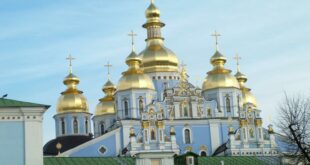