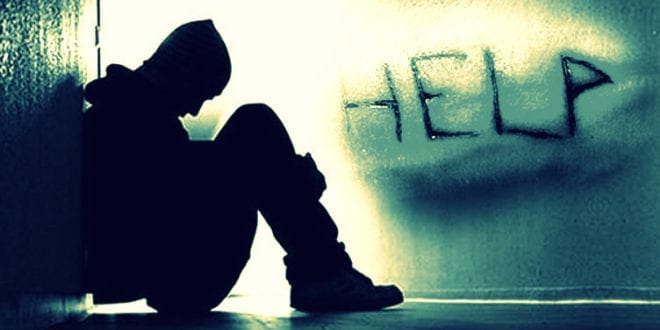 Herland Report:  Suicide Epidemic and Godlessness: Anthony Bourdain and Kate Spade’s deaths sparked a national conversation about suicide prevention, but most experts are missing the mark with their conclusions, writes Reverend Jesse Lee Peterson at WND.

Celebrity chef Anthony Bourdain, 61, committed suicide by hanging in 2018. Bourdain worked for CNN. He is survived by his 11-year-old daughter.

In my 28 years of counseling with people, I’ve discovered the root cause of emptiness and depression which drives people to suicide is resentment and hatred toward our parents – usually anger toward the mother.

When a person has anger – especially toward a parent – his/her soul is disconnected from God.

No matter how much money, fame and praise people get from the world, it’s never enough to fulfill the emptiness. The void can only be filled when we forgive our parents for failing us, and repent of the judgment and resentment that we’re harboring against them.

Then we can reconnect with God, who will fill the emptiness with real love and inner peace. Nothing else will do.

Suicide Epidemic and Godlessness: While celebrity suicides grab the public’s attention, according to the CDC (Center for Disease Control), Americans are taking their own lives at an alarming rate.

The CDC study shows suicide is the 10th leading cause of death in the U.S.; the rate has increased nearly 30 percent between 1999-2016.

At least 123 people commit suicide every day. More than half of those who’ve died had no history of “mental health” problems. Troubled relationships, substance abuse, health issues, and job or financial woes and other challenges appear to contribute to suicides.

Outwardly, Bourdain and Spade appeared to be content: they were famous, rich and adored by their fans. Despite their popularity and material success, they had serious unresolved conflict within.

According to reports, Bourdain’s close friend, Eric Ripert, told Bourdain’s mother that Anthony had been in a “dark mood” before his death. He also had a grueling film schedule and was reportedly exhausted.

Known for his bad-boy persona, Bourdain has talked openly about his life. Even though his family was Catholic on his father’s side and Jewish on his mother’s, he said he was raised without religion. A self-acknowledged reformed addict of heroin and cocaine, Bourdain said he was surprised to have lived past 30.

Soon after his first marriage ended in 2005, Bourdain shared in his book “Medium Raw,” he was “aimless and regularly suicidal” during a stretch in the Caribbean. In 2017, he became a vocal advocate against sexual harassment after his girlfriend Asia Argento’s sexual abuse allegations against Harvey Weinstein went public.

Suicide Epidemic and Godlessness: The Herland Report is a Scandinavian news site, TV channel on YouTube and Podcasts reaching millions yearly. Founded by historian and author, Hanne Nabintu Herland, it is a great place to watch interviews and read the work of leading intellectuals, thought leaders, authors and activists from across the political spectrum.

Suicide Epidemic and Godlessness: CNN and other media outlets said Bourdain was an “inspiration,” but this is not the lifestyle that should inspire human beings.

The focus needs to be on the character of the person, not on the celebrity status, worldly education or money.

A statement Andy Spade released to the New York Times said Kate Spade had “suffered from depression and anxiety for many years.” The statement also indicated the couple had been living separately for 10 months. “It was a complete shock,” he said of her sudden death. “And it clearly wasn’t her. There were personal demons she was battling.” (Photo: FullRedNeck)

Kate Spade’s sister, Reta Saffo, told the media her suicide was “not unexpected.” She believed Kate had suffered from bipolar disorder throughout her life, aggravated by the fame and wealth she achieved in her 30s.

Saffo suspected her sister had been contemplating suicide since actor Robin Williams hanged himself in 2014.

Most celebrities are miserable. These suicides prove that fame and fortune will never fulfill the void human beings have within. Yet people spend a lifetime trying to fill the emptiness with sex, money, drugs and seeking approval, but it doesn’t work.

In my 28 years of counseling with people, I’ve discovered the root cause of emptiness and depression which drives people to suicide is resentment and hatred toward our parents – usually anger toward the mother. When a person has anger – especially toward a parent – his/her soul is disconnected from God.

No matter how much money, fame and praise people get from the world, it’s never enough to fulfill the emptiness.

The void can only be filled when we forgive our parents for failing us, and repent of the judgment and resentment that we’re harboring against them.

Suicide Epidemic and Godlessness: Then we can reconnect with God, who will fill the emptiness with real love and inner peace. Nothing else will do.

Yet, “experts” are giving people wrong solutions. Instead of addressing the root problem, they blame the outer environment and over-prescribe medication which addicts people and makes matters worse.

Society has allowed the left to take the shame out of being wrong. They’ve convinced most people – especially the younger generation – there’s no wrong or right, to just go with what feels good.

We need to put serious focus on reinforcing morality and stop blurring the lines between good and evil. We must rebuild families, and call out and shame bad behavior.

We also need to protect men and boys from the unparalleled attack against them by radical feminists who hate men. A growing number of men – especially white men – feel isolated and under attack just because they’re white males. This is impacting men and boys of all ages and it’s contributing to escalating suicides rates.

Jesse Lee Peterson – host of “The Fallen State” TV show on WND-TV – is the most courageous, outspoken critic of the “civil rights” establishment in America today. After a spiritual transformation, Peterson founded BOND, a nationally recognized nonprofit organization dedicated to “Rebuilding the Family by Rebuilding the Man.” Peterson is also the founder of The BOND Leadership Academy, a private school in Los Angeles. He’s a radio talk-show host, speaker and author of “The Antidote.” In addition to writing a weekly column for WND, Peterson appears as a media commentator on Fox News Channel, CNN and other national TV and radio networks. For more information, visit www.bondinfo.org.
Previous TV intervjuet: Dollarens, geopolitikk og kriger – Tommy Hansen
Next US citizen Khalifa Haftar and Russian ally is doomed to fail