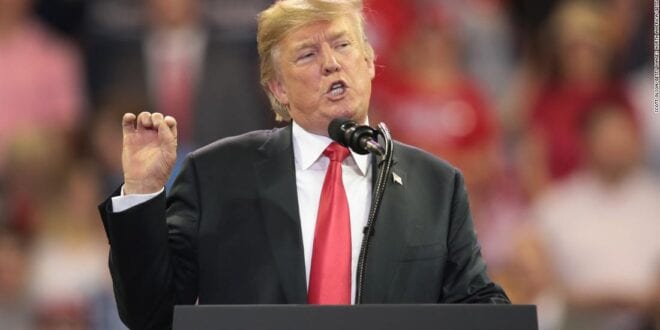 The Coup That Deposed a President, or not yet?

Herland Report: The Coup That Deposed a President, or not yet? Like an old truck, the US political system has lumbered down an uneven road for many years but the mileage on the clock is beginning to show.

No longer a Constitutional Republic — and certainly not a “democracy” — the cracks in the system appeared long ago, and they now appear as gaping fault lines.

Long before compromise was no longer possible, the Constitution no longer upheld, and most politicians were owned by Oligarchs, Elites learned that backing both sides was a sure method to prevail with their agenda, writes author Steve Brown for The Herland Report.

The Coup That Deposed a President, or not yet? Not a politician, it appears that Mr Trump was somehow ignorant of this fact.  Whether by palace coup (Mishkin/ Fox) or the Beltway’s notorious snake pit (Haspel/Wray/Esper/Media) or even by members of his own family (Kushner) Trump was seemingly unaware that he could be forsaken and betrayed.

What Trump needed to do, he did too late. For example to revoke either Brennan or Clapper’s security clearance was not enough.

The president needed to fully purge corruption in the security services, the allies of the Surveillance State who opposed him — admittedly an impossible task within entrenched Washington.

The president likely hired John Bolton for this effort, believing that Bolton — a supreme geopolitical miscreant and Bad Actor – and Mike Pompeo too, could somehow aid Trump in his goal of draining the swamp at State.

The principle being, “keep your friends close and your enemies even closer.” Other names include Gina Haspel, Christopher Wray, and Mark Esper. Instead of purging the snakes, Trump must have believed that he could ally them to his agenda – at least in the beginning – and then behead them later on. That proved to be a fatal error, a major miscalculation.

The president also believed that aligning his star with Binyamin Netanyahu would guarantee a certain political survivability.

The issue here, is that Mr Trump gave Netanyahu everything he wanted and more, including help with Netanyahu’s re-election, a vital error on the president’s part.  Failing to learn Machiavelli’s rules of modern leadership, Mr Trump was evidently unaware that you never give your benefactor all that they desire before achieving your goal.

Likewise Trump’s threats to cross the Rubicon versus NATO never materialized, where threatening to defund NATO is somewhat analogous to the Queen threatening to sell the crown jewels.  Donald Trump, unbelievably believed that he could do what he promised to do, and that which no president ever does: keep his promises.

The Beltway’s double-dealers see such honesty as treachery, and on NATO Trump essentially signed his own political death warrant, rhetorically speaking.

One thing Mr Trump did not give in to at the behest of Washington’s coup class, and to his eternal credit, was his failure to acquiesce to the Neocon/Neoliberal desire for war with Iran.  Even doing the “next best thing”, ie assassinating Qassem Soleimani in January of 2020, was not enough for Washington’s warfare state.

Mr Trump then negotiated a stand down with Iran after the attacks on US installations in Iraq. The stand down proved too much for Washington’s warfare machine, and that Trump could not be trusted…  Washington must have its wars.  Trump also promised to withdraw troops from America’s longest war (Afghanistan), anathema to the likes of Mark Esper and his Raytheon handlers.

This is the central issue, that while the United States is in steep and rapid decline, relying on the weaponization of the US dollar, the creation of failed states, and military aggression to enforce its will –  that’s all that remains to enforce US hegemony and Empire.

The Coup That Deposed a President, or not yet? Inevitably that means more war, more intervention, and more global chaos going forward.  Despite his best effort there was no way for Donald Trump to end endless war in the face of the systemic Neoliberal corruption that afflicts Washington.

And that is where Trump gained votes and popularity, his promise to end endless US wars; the only other candidate to ever voice this intent was Dr Ron Paul. But there is no possibility for that now. At this point, Donald Trump’s misunderstanding of Washington’s cesspool of a Neoliberal establishment is now irrelevant.

The relevance is now that a Biden-Harris regime will assume the worst actors and worst elements within Washington’s bottomless swamp at US State.

And that is what we truly must RESIST…

Steve Brown: “Iraq: the Road to War” (Sourcewatch) editor of “Bush Administration War Crimes in Iraq” (Sourcewatch) and “Federal Reserve: Out-sourcing the Monetary System to the Money Trust Oligarchs Since 1913”. Steve is an antiwar activist, a published scholar on the US monetary system, and has appeared as guest contributor to The Duran, Ron Paul Institute, Herland Report and Strategika51.