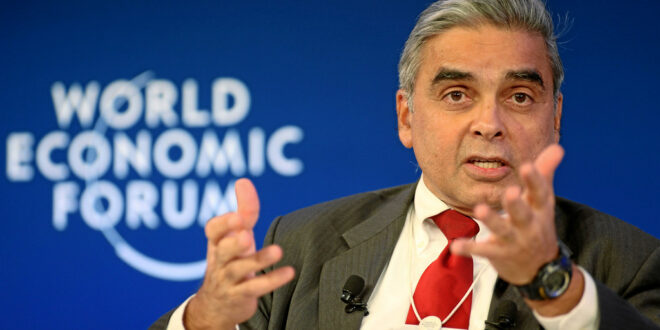 Herland Report: The coronavirus crisis has enhanced the geopolitical contest between the US and China, said the distinguished Singaporean diplomat and academic, Dr. Kishore Mahbubani in an interview by Ankita Mukhopadhyay with DW News.

Despite challenges, China has managed to keep its casualty figures from the virus relatively low compared to some Western countries.

Dr. Kishore Mahbubani is a Distinguished Fellow at the Asia Research Institute (ARI), National University of Singapore (NUS). Mr. Mahbubani has been privileged to enjoy two distinct careers, in diplomacy (1971 to 2004) and in academia (2004 to 2019). He is a prolific writer who has spoken in many corners of the world.

He says that: “Before the pandemic broke out, China was slowly heading toward becoming the world’s number one economic power. China initially stumbled in tackling the health crisis and made some crucial mistakes. The muzzling of the whistleblower, Li Wenliang, was an unfortunate event.

But once China recovered, it took care of COVID-19. The world was amazed at how effectively China put a stop to a very dangerous virus. All of this enhanced China’s position in the global world order.”

Dr. Mahbubani: “China’s low death rate is in line with other East Asian countries — Singapore, Japan, South Korea — and territories like Taiwan and Hong Kong. China controlled the pandemic by locking down the country quickly and decisively. That was the secret in keeping the death rate so low.

China has very strong institutions of administration which have strengthened over the years. In comparison, the US has weakened its public service agencies, defunded, demoralized and delegitimized them. That’s another reason China has done better in the management of the crisis.”

On the role of the WHO

Dr. Kishore Mahbubani further states: “I was Singapore’s ambassador to the US for over 10 years. During my time there, I keenly observed how countries tried to cut funding for the UN.

In the case of the WHO, even though it’s such a critical organization for the world, the West, which includes both the US and the EU, have weakened the WHO by reducing mandatory contributions.

The WHO can’t make long-term plans or recruit long-term health inspectors from voluntary contributions. Now that China is emerging as a great power, it will be good for China to bring back mandatory funding for the WHO to its previous levels.

If China does that, it will find a lot of support for its campaign. China has made a good start by pledging an additional $30 million (€27.5 million) as voluntary contribution to the WHO. But I think Beijing can do more to strengthen the long-term capabilities of the WHO.”

On the origin of the Corona virus

Dr. Kishore Mahbubani: “When COVID-19 broke out, China and the US could have left their differences aside and fought a common enemy together, which was a rational and sensible thing to do.

The US and some Western countries are using COVID-19 as a means to embarrass China. They are making some allegations that this virus was secretly manufactured in a Chinese laboratory.

However, in the West, the good thing is that you have both sets of voices — voices condemning China and voices praising China.

Respectable, credible Western journals like The Lancet and Nature have studied these allegations and come to the conclusion that the information provided by China is correct, and that the virus arose from natural causes. As soon as China decoded the genome of the virus, it was shared with the world.”

On the great leadership of Xi Jinping

DW asks: In your book, “Has China Won?,” you praised Xi Jinping’s governance and said that, “There is a very strong potential that Xi Jinping could provide to China the beneficent kind of rule provided by a philosopher king.” Does that statement stand true after the way China has handled the coronavirus pandemic?

Dr. Kishore Mahbubani: “When you run a country of 1.4 billion people — it’s one of the toughest jobs in the world. Every day that China hangs together as a country is a miracle. If you want to judge any leader of China, you should not judge them by their statements, but by the results of their rule.

In the last three to four decades, the Chinese have experienced the greatest improvement in their standard of living. Clearly the Chinese people have benefited a lot from this rule. If this record continues, and my guess is that it will, it will show that China has achieved a certain level of competence in leadership and government administration.”

Dr. Kishore Mahbubani is a Distinguished Fellow at the Asia Research Institute (ARI), National University of Singapore (NUS). Mr. Mahbubani has been privileged to enjoy two distinct careers, in diplomacy (1971 to 2004) and in academia (2004 to 2019). He is a prolific writer who has spoken in many corners of the world.