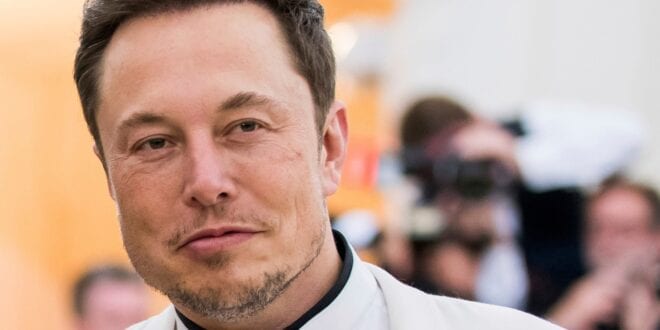 Elon Musk is rated the richest man in the world, second only to Jeff Bezos – whose fortune also has rocketed during Corona.

Bill Gates, whom Musk recently called a “knucklehead” is left behind, the same goes for Facebook’s cheeky face boy Mark Zuckerberg, who a few years ago sat in a student dorm and thought up a plan together with his friends, writes historian of comparative religions and author, Hanne Nabintu Herland in her regular column at World Net Daily, America’s largest conservative network.

Musk’s wealth now stands at $127.9 billion after adding $100.3 billion to his net worth in just this year alone. ZeroHedge writes: According to the Bloomberg’s Billionaire Index, we have seen the richest men alive have their wealth rise 23% – or $1.3 trillion – during Corona and the beginning of the year.

We live in a world where big tech and young boys become the world’s richest, with power to sway opinion in a highly questionable manner. They reportedly rule the world and the Western politicians in it.

The Massive Corona Redistribution of Wealth #ElonMusk #BillGates: The lack of state regulations for the high tech monopolies are dramatic. George Soros also pointed this out in an interview with CBS 60 Minutes that the market is in desperate need for better regulations. Yet, the companies he manages are reportedly not registered in the USA. In the interview, he confirms that this is done in order to avoid regulation.

So, governments lose power and private capital takes over the government’s former role?

Many have noted that the Corona virus has proven to be a massive opportunity to speed up the wished for economic progress that makes possible the enormous transfer of wealth from the middle class to the philanthropic upper classes.

As almost all the billionaires now are labelled “philanthropic”, this seems to be part of the merging of economy and politics. They are set to take the philanthropic responsibility of caring for us all, not only for personal capital gain?

And: “Trade, taxation, and competition rules that reflect decades of neoliberal influence will now have to be revised. Otherwise, the ideological pendulum – already in motion – could swing back toward full-scale protectionism and other lose-lose economic strategies.”

The question becomes: If the richest businessmen and investors alive are philanthropically preoccupied with the welfare of the human race, would that mean that they have the population’s best interest at heart? And are better leaders than democratically elected politicians?

As billionaires, through high tech and top capital, control much of the world’s wealth as well as the information flow to billions of people, the stake for the ultra-rich has never been higher. As banker Jacob Rothschild said in a interview a few years ago, no one knows how the current story will end as debt is currently cured with more debt.

As we seem to sway from a democratic system where governments are more independent from capitalist owners, the merging of private capital and government funds may now be the set solution.

The Massive Corona Redistribution of Wealth #ElonMusk #BillGates:  The key in the close collaboration between governments and private billionaires may be the billionaire take-over of government funds. Or, at least, the lavish access to it. In that case, Schwab’s vision of ending global monopolies may fail.

As politicians tend to originate from humble beginnings, once in higher positions, some are thrilled to make the acquaintance of the rich and mighty; it may be easy to sway the will to donate government money into private projects owned by billionaires.  Especially if one is promised high pay jobs after politics, which seems to be the trend.

The merging of private capital and government funds may produce a new wave for the old British East India Company system, which merged taxpayer money with private capital and became the world’s most earning company. London was very happy and with good reason.

The brilliance of the British is hard to deny. They know a thing or two about how to win a war or steer a country in the desired direction.

Consequently, the moral standard of billionaire business owners and investor systems become even more important. Whose interest do they have at heart? The progress of human kind or solely capitalist gains for individuals?

In the 2020 book, New Left Tyranny. The Authoritarian Destruction of Our Way of Life, she shows how the neo-Marxist New Left turned their back on historical Western principles and became a destructive authoritarian force. Her latest book Trump. The Battle for America is also available on Amazon and in over 60 countries world-wide.

Previous Den ortodokse kirke og massive vekkelse i Russland skjer nærmest uten at det nevnes i Vesten
Next One fourth of reported Covid-19 deaths were not Covid after all, UK government now reports