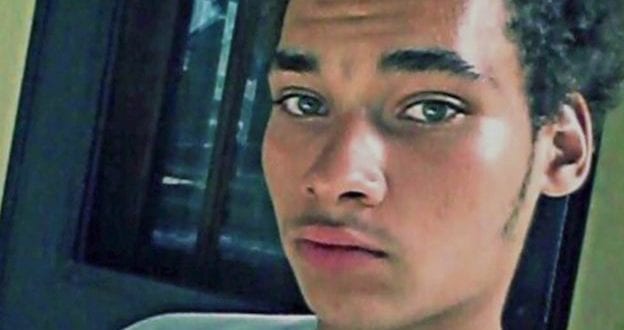 Was George Floyd a hero or a problem for America Society? #PoliceMurder

Herland Report: Was George Floyd a hero or a problem for America Society? In the United States, hundreds are killed by the police yearly. The growing amount of disturbing stories of unarmed citizens killed by police is very worrisome, the George Floyd killing only the latest in a string of similar murders taking place.

Across America, police cars and government buildings have been burned, the National Guard was deployed, and some of the country’s largest cities instituted curfews, reports Yahoo.

Many of the most dangerous cities in the world are now in the United States, inner city lawlessness has never been more serious. All the while, the US continues to spend billions on its military abroad, the recent wars in the Middle East has cost American unbelievable sums of money.

Critical comments have also been raised by free thinker Candace Owens, who questions why African Americans so willingly give criminals such as the killed George Floyd a hero status in the US.

Floyd was apprehended by police after using fake money and was drugged on meth when it happened. This was why the store owner called the police.

The Floyd autopsy report is hardly mentioned in the mainstream media,  it may shatter the illusion of his heroism.  It demonstrated that Floyd was heavily on drugs.

As the Washington Post video clearly displays, he and his friends did not leave the premises after having purchased items with counterfeit money, but remained in the car across the street.

Was George Floyd a hero or a problem for America Society?  Massive riots are ongoing in downtown Minneapolis, Houston, Atlanta, Phoenix and over twenty other cities in the United States post the George Floyd killing.

The death of 46-year-old George Floyd came after police officer Derek Chauvin kneeled on his neck for eight minutes and 46 seconds. Floyd begged for his life, repeatedly saying *I cannot breathe* before falling unconscious and dying in the street. Mobile cameras recorded his death in full view of witnesses.

Many have commented on the high proportion of black individuals being killed by police in the United States. But many disabled also lose their lives in similar encounters with police, BBC reports show:

“It was shortly after 05:00 when three West Milwaukee police officers broke into the home of 22-year-old Adam Trammell to find him naked and bewildered, standing in his bathtub as water from the shower ran down his body.

Was George Floyd a hero or a problem for America Society? Adam, who had been diagnosed with schizophrenia, was having some form of breakdown. A neighbour had called 911 to report that she had seen him naked in the corridor, talking about the devil. She thought Adam’s name was Brandon, and told police this when they arrived at the building.

According to his father, Larry Trammell, Adam often had delusions and hallucinations. He would take showers to help him calm down when he felt anxious.

Adam was not armed and he did not appear to behave in a threatening manner. But he did not leave the shower as the police commanded. The officers then fired their Tasers at him 15 times, administering long, painful electric shocks as he screamed and writhed in the bathtub.

Then more officers arrived, and after dragging him, still naked, from his apartment, they held him down and he was injected with sedatives – midazolam at first, and then ketamine. Moments later, Adam stopped breathing. He was taken to hospital and pronounced dead soon after arrival. The date was 25 May 2017.”

Was George Floyd a hero or a problem for America Society? The killing of George Floyd is the latest, but one among many police murders the past years in the US. His killer, Derek Chauvin, was not arrested, but only sacked from the job, until the riots forced the police to react.

“I can’t breathe,” chanted demonstrators, the last words of George Floyd and also Eric Garner, a black man who died after being held in a police chokehold in New York in 2014. The video of the Floyd murder leaves no doubt about the violation of his rights, as president Trump also tweeted about.

The ongoing cases of police brutality keep coming and coming. The Michael Brown case in 2014 caught national attention, riots prevailed for quite some time. The destruction of Minneapolis and other down town areas in American cities now reflect the reaction against long term injustice.