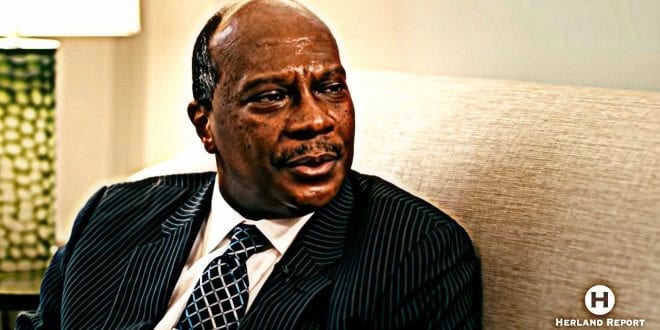 EXCLUSIVE SHORT for The Herland Report TV (HTV): “White supremacy is killing America. Racism is operating the way it has always operated, and that is by maintaining the structures of power, the rich and white at the top and everyone else at the bottom”.

In a series of Herland Report TV interviews, we are speaking to some of the leading voices in the US about what went wrong with American culture.

The superpower used to be known for being a multiracial society where people were unified by American national identity, today society is disintegrating and fractured into sub-groups based on race, religion, gender and class. What changed in America?

Dr. Davis states: “Race is just a tool that the oppressor to keep us divided. There is an old cliche that says “divide and conquer”. So, if you can divide the groups at the bottom – black, white, brown, yellow – that means that the people at the top can maintain those structures. That is what we mean with institutional racism.”

TV Interview: White Supremacy is killing America:  “So, racism is operating like it always has operated, that is you want to maintain the structures of power. The powerful rich, white at the top and everybody else at the bottom. In the process of that structure, I don’t mind making changes like putting a black face in the White House, but that will still not dramatically change the structure.”

“So, that the poor people have to link up, economics, not color. So, race is just a tool that the oppressor to keep us divided. So, if I can use the tool of color to make people that don’t look like me feel that they are superior to me, based upon color, look how I can keep them divided.”

“There is an old cliche that says “divide and conquer”. So, if you can divide the groups at the bottom – black, white, brown, yellow – that means that the people at the top can maintain those structures. That is what we mean with institutional racism.”

“Institutional racism is still very much alive and well in America. It is sad to say, but if other nations do not watch out, they will emulate America.”

TV Interview: White Supremacy is killing America: The Herland Report is a Scandinavian news site, TV channel on YouTube and Podcasts reaching millions yearly. Founded by historian and author, Hanne Nabintu Herland, it is a great place to watch interviews and read the work of leading intellectuals, thought leaders, authors and activists from across the political spectrum.  Follow the trend and subscribe to our newsletter!

Previous Was George Floyd a hero or a problem for America Society? #PoliceMurder
Next The End of Christianity in Turkey – Erdogan’s war on Christians