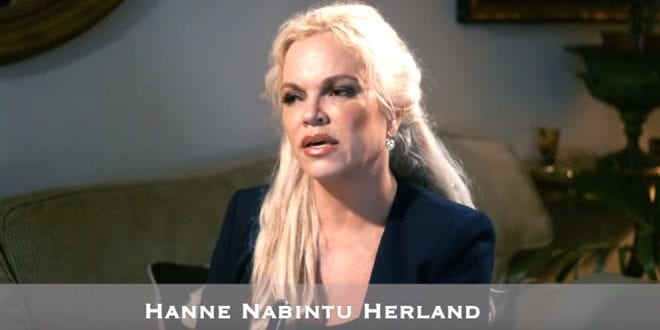 He received the Nobel in the midst of escalating the war in Afghanistan, days after taking office. #Donald Trump for Nobel 2019.

It was a shocking scandal and a strong signal that the Norwegian Nobel Committee is politically rigged. Obama had done nothing to fulfill the Alfred Nobel requirements in order to get the Peace Prize award.

The Norwegian Nobel Committee has become notorious the past years for almost solely giving the prize to the Liberal US media favorites, disregarding the will of Alfred Nobel, writes Hanne Nabintu Herland, regular columnist at World Net Daily, one of America’s largest Conservative outlets.

Donald Trump for Nobel Peace Prize 2019:  In Sweden, Alfred Nobel’s family are rattling the sables in discontentment of the rampant politization of the prize in the hands of the Norwegians, the claim being that the Committee willfully disregards Nobel’s will and awards the prize to human rights activists, climate activists and others.

The Committee is also widely criticized for misusing it as a political tool to influence countries’ domestic policies.

The Alfred Nobel will clearly states that the Peace Prize is to be, “annually awarded to the person who shall have done the most or the best work for fraternity between nations and the abolition or reduction of standing armies and the formation and spreading of peace congresses…advocates of peace, have conferred the greatest benefit on mankind, the most worthy shall receive the prize.”

Family member and professor, Michael Nobel especially criticized the award given to the Chinese oppositional, Liu Xiaobo in 2010. He stated:

“Alfred Nobel’s will from 1895 clearly states that the prize was to go to peace-makers, defined as persons who worked to prevent wars through fraternity, that is through global work for the disarmament of nations based on global justice and institutions.”

“Still, the Nobel Committee has the past ten years on purpose disregarded Nobel’s will and chosen Prize winners from their own preferences.”

“Human rights activists, climate activists and a long list of others have been given the prize, even if their work does not lay within Alfred Nobel’s specific vision of peace bringing, as stated in his will.”

Donald Trump for Nobel Peace Prize 2019:  Trump is fully aware of the politization and tweets: “I think I’m going to get a Nobel Prize for a lot of things, if they gave it out fairly, which they don’t.”

I assert that Donald Trump is by far the most worthy candidate to the Nobel Peace Prize 2019. President Trump was a notable peacemaker in the North Korea crisis which implied nuclear threats, and succeeded in averting an escalation; his repeated effort to halt the Syria war and now pull out has led to avoiding an all-out World War.

His work to end the relentless neo-con aggression on Russia is highly admirable as we now are all post Russia Gate which turned out to be a hoax. Or an attempted coup, as director Chris Farrell, Judicial Watch asserted in a Herland Report TV show.

Donald Trump for Nobel Peace Prize 2019:  But will he get the prize in the current climate where the Norwegian Committee, with leaders that hardly speak English, with members lacking broad international experience, stuck in their ignorant Oslo bubble where the only respected view to have is the Progressive, extreme Liberal Left?

I say this as a Norwegian with long experience in participating in its media:

The Norwegian press is completely and utterly submerged in an outdated Leftwing propaganda to a degree that reminds us more of the Soviet Union than anything else.

They are so controlled and blind to reality that they don’t even understand it themselves.

Totally sold to the New York Times narrative, the Committee has the past years reduced itself to no more than an extended wing of the endless war wishing, American neo-con movement.

It is a shocking scandal. The Prize goes rather to 15 year olds from Bangladesh or the forests of Congo rather than to world leaders who have averted world wars.

Norwegians steadily choose politically-correct laureates that are hailed by the owners of CNN and New York Times.

I would assume this year’s winner to be the 16 year old media puppet pushed by billionaires to “end investment in oil and create a world energy shortage” which we might assume they later will profit from. Thunberg is now publicly subjected to child abuse with no objections from her parents.

The sarcastic Dr. Drezner writes: “I am writing to offer my heaviest and strongest possible recommendation that Mr. Donald J. Trump, the 45th president of the United States and the most popular president ever of real Americans, be awarded the Nobel Peace Prize next month.”

He ends his letter with “I hope you stupid Europeans can read good English and accept this nomination and act fast and tough to award President Trump the Nobel.”

Hanne Nabintu Herland is a historian of religions and bestselling author. She is the founder of The Herland Report Scandinavian news site, TV channel on YouTube and Podcasts which have millions of readers/viewers yearly. This is a great place to watch interviews with leading intellectuals, thought leaders from across the political spectrum. Herland’s books include Respect, Det Nye Babylon, The Culture War. How the West lost its Greatness, and her latest, New Left Tyranny. The Authoritarian Destruction of Our Way of Life is available on Amazon, Barnes and Noble, across the USA and in 60 countries world-wide. New Left Tyranny shows how the neo-Marxist New Left turned their back on historical Western principles and became a destructive authoritarian force. www.theherlandreport.com
Previous The Plague of Western Adventurism in Syria, all about Geo Politics – Steve Brown
Next Direktedemokratiet Sveits har helt andre regler for innvandring – Lars Rønbeck