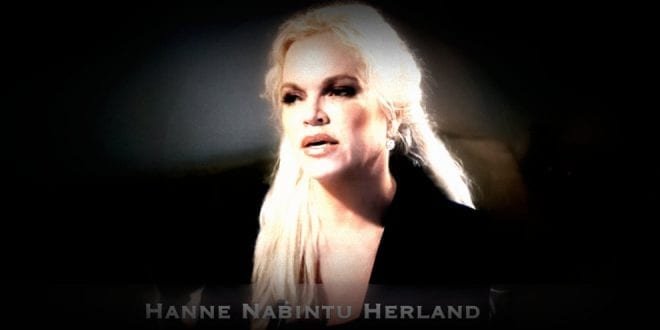 Herland Report: How the neo-Marxist New Left destabilized the West: The West changed completely in the 1960s.

The neo-Marxist student revolution implemented a full front attack on all traditional values and slowly broke down the very fabric of Western unity and stability.

This may not have been the intent of the naive youngsters who were thrilled at the prospect of free sex and drugs. They probably somehow believed in the stupid notion that “freedom” equates with lack of personal responsibility and that an atheist utopia would somehow rise from the anarchist New Left way of life.

What happened in the 1960s, is that we came full circle in completing the Karl Marx objective in The Communist Manifesto from 1848, namely, to “melt the solid into air.”

The bourgeoise Marx, who portrayed himself as proletar, the father of Marxism, opposed the feudal, landowner structures in the class struggle he is so famous for.

A revolutionary bourgeoisie was idealized, in a sense, as a means to override the much criticized feudalism with a new class.

This new class were to take control both over the economic structures, the political power and the nation state.

It is precisely what culminated in the implementation of the 1960s New Left social revolution, in which traditional values were abolished and a new set of atheist ideals implemented, writes historian of comparative religions, author and founder of The Herland Report, Hanne Nabintu Herland.

No wonder the 1 % capitalist large scale owners today go hand in hand with the New Left in breaking down national barriers and pursuing globalist world dominion.

The Christian-Jewish commandments were scrapped, the very values that once made the West great.

These ideals emphasized trustworthiness, honesty, fidelity, personal responsibility, humility, moderation and “to love one another”.

Selfishness was regarded as a vice, hedonism as a flaw, the very ideals hailed as the road to atheist freedom today.

Marriage as a vital institution in society was dropped. Hedonism and the pursuit of pleasure implemented as well as the surge for legalizing drugs.

Which fitted, by the way, the capitalists who could pursue the billion dollar drug industry with the help of the neo-Marxists.

How the neo-Marxist New Left destabilized the West: No system has been better at quenching diversity, plurality and respect for difference of opinion than socialism. Just watch it unfold under the National Socialism in Germany pre-World War II.

Whoever protested, was sent straight to nothingness. The very smartest move by socialist implementers is the pretense of supporting the worker.

No wonder the 1 % capitalist large scale owners today go hand in hand with the New Left in breaking down national barriers and pursuing globalist world dominion.

Marx was right in asserting that a new class steadily arises to replace the old bourgeoisie, and the atheist-socialist class has been the most totalitarian in history.

Somehow someone forgot to mention that National Socialism was socialist. It was a leftwing ideology with very low tolerance for diversity.

Just read Hannah Arendt, she and many others had first hand experience.

Under socialism’s false flag of protecting the worker, the global socialist structure is achieving the crude capitalist goal: The people ignorantly believe that they are on the way to prosperity, while being robbed from it by their own socialist-capitalist leaders.

A short history of neo-Marxism

Marxism found its revitalized shape after World War II in the Frankfurt School in Germany. This was an intellectual group connected to the Institut für Sozialforschung i Frankfurt am Main before the war.

The intellectuals of the Frankfurt School remained Marxist, looking for ways to moderate the Marxist pre-war ideology in order to make it more applicable to a post war situation.

What many do not reflect on, is that the leading intellectuals in Europe did not change their ideology after the World War II. The pre-war ideology continued, now only slightly modified.

Post-war intellectuals, such as Adorno and Marcuse, became the intellectual founding fathers of the student rebellions of 1968, the New Left in America and its liberal attitudes towards drugs and narcotics. This became the early days of free sex, abortion and the revolt against traditional religion.

How the neo-Marxist New Left destabilized the West: The New Left leaders, such as Herbert Marcuse, who is considered the founding father of the 1960s student revolution, addressed himself as a neo-Marxist, his philosophy came out of the Frankfurter School in Germany.

This opens up the discussion on how Marxism departed from Marx. The irony being that the 1960s New Left bourgeoisie tore down the family structures in the West, yet Marx famously: “The bourgeoisie has torn away from the family its sentimental veil and reduced the family relation to a mere money relation.”

Repression of free speech, tolerance and respect for plurality has become the trademark of the New Left’ desire to silence the Majority.

Marcuse speaks openly in A critique of pure tolerance about the need to oppress the views of the majority population in order to succeed in revolutionizing the culture.

The dramatic shift in values since the New Left social revolution in the 1960s has not happened randomly. Just as Ayn Rand commented, philosophers determine history.

They lay out the ideologies that form the basis for cultural development and values that are to be considered popular in society. Leading philosophers form a culture’s way of viewing the world.

Therefore, the choice of ideology is of utmost importance. If the ideological hypothesis and assumptions are faulty, based on models that lack realism, the worldview will end up creating misbalance with cultural decline as the result. Precisely this has happened in the West.

In the aftermath of the failed French Revolution, Karl Marx and Friedrich Engels saw it as their mission to help shake loose what they felt was cemented in an outdated traditional class society.

The Marxists prescription for how to achieve more equality for all, was to halt the feudal structures where the privileges of nobility prevented the advancement of commoners.

Did they really believe that “a Marxist class” would not be corrupted by its new power once reaching the top of the pecking order?

The naive thought that a Marxist ruling class would “selflessly serve the people” has also been the central flaw in the New Left thinking.

But power fluctuates, it is not static to one group throughout history. It is quite amazing that the neo-Marxists did not realize such a simple truth.

The New Left failed to reflect upon that power may corrupt, whoever is in power, whether the old feudalists or the renaissance businessmen or the New Left bourgeoisie.

And sadly, as the New Left became the new bourgeoisie who took power, the conditions for the working class have been worse than in a very long time in the West. In the US, you have to go back to 1987 to find the height of middle-class living standards.

Weren’t we supposed to reach utopia by now, fifty years or more after 1968 and the student revolutions?

Man seems to always want more. Unless he restrains himself, requires moderation, selflessness and applies the redistribution of power and wealth away from himself and unto the nation’s citizens, he will probably end up doing exactly the same as his predecessor.

The remedy needed is rather on ethical grounds: To avoid being the new tyrant, he must have the people’s best interest at heart. And here is yet another point of disagreement with the neo-Marxist New Left:

The very traditional values and Christianity idealize moderation, hard work, saving of money, refraining from selfishness and “loving one another” in a society where honesty, fidelity, trustworthiness and selflessness is the goal.

Precisely these values, that could have helped the New Left be better leaders, have been thrown overboard by the New Left in the most unbelievably crude way.

The New Left has torn down traditional values and the pre-modern family structure, loyalty-based duties, and rights of the “old regime,” as Alexis de Tocqueville so eloquently described it Democracy in America.

The 1960s New Left movement has been immensely successful in destroying the social fabric of Western societies.