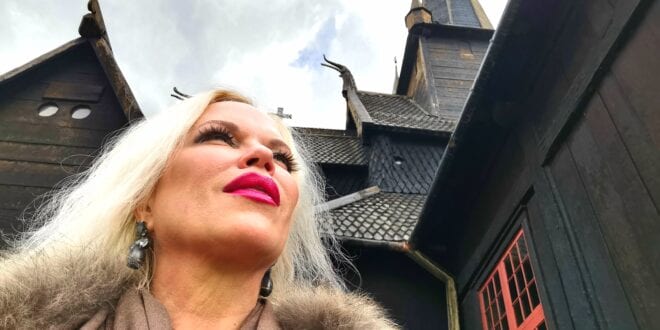 Friederich Nietzsche is one of the founding fathers of the atheist revolt against the knowledge of God and the spiritual realm, famously proclaiming that “God is dead”.

His aim was to cut off the human bond from the source of peace. He probably would not have worded it that way, but this is what he accomplished.

The conscience was deemed relics from the past, that should not be listened to, Nietzsche professed, idealizing the borderless life with sensual pleasures.

Above us, the sky is empty, the concept of God died as man deemed the unseen world as non-existent. No one watches us, no one cares, there is no afterlife.

Sometimes we miss the mark because we fail to remember that the aim of the Christian doctrine is to love others. Disconnected from love, Christianity merely becomes a passive road to religious nothingness. It has little impact on a person’ life except keeping him in line with his family traditions.

Disconnected from the reality of the spiritual realm, Christianity merely becomes a secular, cultural heritage.

Which is not enough to grasp the value of the metaphysical dimension that Christianity embodies, which serves to explain the meaning of life. And to bring love and solidarity as a moral obligation into society.

The Greek Orthodox monk and famous elder, St. Paisios, once told the story of how hell looks like. He said it was to be likened with a table full of food and people sitting around it with long spoons in their hands.

They were thirsty and very hungry, but could not get the spoons into their mouths, as they watched the table of plenty.

Heaven, on the other hand, was filled with wonderful dishes of the most wonderful food, and everyone there had long spoons too.

They were giving food to each other, one feeding the other, all flourishing from the gift of giving to others what each wished for would be given to him.

The fervent and furious hatred towards the simple Christian message of “loving one another” now permeates popular culture, the political establishment and our university structures.

The story symbolizes the very essence of humanity when respect for human life, solidarity and empathy is the ideal. As opposed to this, hedonism and solely focusing on selfish gain hinders man from entering a better world of acknowledging that not only his own needs, but the needs of others should be centerfold.

A deep and lasting happiness is deeply connected to how you treat others.

If we stop to care for one another, life becomes hell on earth and empathy evaporates. Egoism becomes the only rule applied, with solidarity vanishing. Christianity fights precisely the implementation of selfishness as socially acceptable, maybe like no other religion.

The sum of its spiritual message is that man should strive to love God and do all he can to love others. Where there is genuine love, there also tends to be a higher level of justice among men.

Benevolent leaders are those who seek to better the conditions for their own people, who seek the most possible justice for all, not only for a small group of wealthy men.

When love is removed from the equation, and selfish gains accepted as the way forward – with little or no regard for the “little man” or those suffering from the rich extorting the poor – hell on earth is implemented.

The Marxist mistake: “We do not need to prove the existence of a personal friend,” says Bishop Kallistos Ware, “God is not exterior evidence, but the secret call within us. If we believe in God, it is because we know him directly within our personal experience.”

The cosmic God is so far outside the universe and yet has offered man the possibility of communion with the Eternal in his heart. Man is, according to the Christian doctrine, a cosmic being. He has a physical body but also consists of a soul and a mind with the breath of God hidden within him.

St. Paul stated in Ephesians 3, 15 that the whole family in heaven and earth is named from him as the creator of all things. All, whether they are aware of it or not, are created by God and thereby born of him, for whom he longs with an eternal love. Humankind is called to rule the world with justice and love, according to these very earliest writings.

The elements of the soul cannot be empirically proven from laws that govern the physical world as the soul is governed by spiritual laws outside of the scope of the material.

If like Auguste Comte, you only acknowledge the material world as real, you will miss out on the realities of the spiritual world that are not governed by the laws of the physical dimensions.

As Mother Maria of Paris suggested, to love God and other human beings carry with it a spiritual force that also illuminates your own soul with inner peace.

Life becomes a glorious gift, disregarding its pains, tribulations, and sufferings. You overcome these through the force of love. Love becomes the very weapon through which you mentally overcome your mental enemies and find an indescribable total peace.

This is why people become religious or turn to God. They experience this inner peace, a deep sense of meaning and interconnectivity to the world above the physical realm, and simply do not want to return to their previous state of turmoil.

Many explain how the surrender to God entails a deep sense of joy, sensing a new love for humankind that they never felt before. As God is love, it is but natural that those who engage with him, sense the same type of warmth towards other human beings.

The Marxist mistake: The examples from the Holy Scriptures of David, Daniel, Abraham, Joseph at the Egyptian courts, and many more demonstrate that these were rich, influential politicians, kings, and business owners.

But they are not examples due to their wealth, as God sees to the heart, but man evaluates another man based on worldly status. These men are examples for us to follow due to their humility and love for God, their willingness to do what he asked of them.

David began as a poor shepherd and overcame the lions alone, out in the field. Joseph was hated by his brothers and sold as a slave to a foreign land, where he spent years in prison for a crime he did not commit. Then he rose to greatness and became the man who saved his family and kin from total destruction.

The aim is always to love. It is to spend your life looking beyond the borders of your own selfishness, and love others. To search out those in need, those who are suffering, to daily look for individuals you can be kind to.

The aim is to perfect your virtues so that you are a person of honesty, integrity who has an abundance of peace to give to others.

As Jürgen Habermas puts it, precisely the traditional, Western religious philosophy and ethics seem to be able to provide motivation for the individual to show more empathy and solidarity.

It seems to contain a medicine against selfishness and greed. We need to gain moral strength from our historic origins. It is an urgently needed shift, both for our communities and also on the personal level of life.

Previous The 9/11 Attacks: Understanding the Fall-Out from America’s Secret War
Next Good-bye Liberty as America enters Years of Humiliation