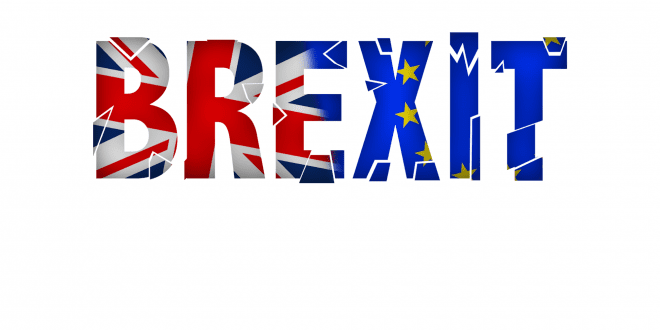 When the British people voted Brexit from the European Union, I said in many interviews, and I suppose also in written columns, that I doubted it would ever happen.  It has been three years, and it has not.

[pullquote]Washington expressed its view to the UK government that it was not in Washington’s interest for the UK to exit the EU. In other words, the elites prevailed over democracy.[/pullquote]

Some hosts wondered why I doubted the British government’s willingness to comply with a majority Brexit vote, but it was obvious to me that pressures from special interests inside and outside the UK, especially the pressure from Washington, would prove to be more influential with the British government than a majority vote of the British people, writes Paul C. Roberts, chairman of the Institute for Political Economy and regular guest at The Herland Report.

Washington expressed its view to the UK government that it was not in Washington’s interest for the UK to exit the EU.  Various special interest groups, including pro-immigrant organizations, began the propaganda campaign that the UK would end up a backwater excluded from European trade.

The same predictions of doom used when populations of countries rejected joining the EU were resurrected.  Instead of obeying the vote, the populations were subjected to propaganda that staying out of the EU is a death sentence.  After the populations were worn down and lost confidence, they are made to vote again, and were congratulated when “good sense” prevailed. In other words, the elites prevailed over democracy.

This has been going on for three years in the UK while PM May “negotiated” an exit. The deal was a disaster.  It requires the British to pay 60 billion pounds sterling to buy its way out, to continue to accept third world immigrants, and to continue to accept the supremacy of EU law over UK law.  In other words, it was exit in name only.

To me it looked like a deal designed to block exit and to create a situation in which means could be employed to overturn Brexit.  That has now happened.  The 11 judges on the British Supreme Court have stepped in and blocked the temporary suspension of Parliament by Prime Minister Johnson and the Queen, a legal procedure used for centuries that the court ruled “unlawful.”

In other words, the court made a political intervention in favor of the opponents of Brexit.

The British website, www.spiked-online.com, sees the ruling this way:

“Today’s Supreme Court ruling is a vile assault on the democratic order. In finding that Boris Johnson’s proroguing of parliament was unlawful, and that parliament is not prorogued, the 11 justices have made an explicitly political decision in favour of the Remainer elite. They have taken sides.”

“Ignore the utterly unconvincing pleas of the Remainer fanatics who brought this case, all of whom robotically insist that this is not a political decision, just a legal, constitutional one. No one is buying that. This was a decisively political act by 11 unelected judges who have taken sides against the government of the day, and this opens up a new, dark era in British political life.

“This judgement is a disaster for law and for politics. It’s bad for law because it will convince many more people that the law has become a political instrument, wielded by the wealthy to achieve openly political ends that they failed to achieve in the public, democratic sphere. And it is bad for politics because it points to the formation of a new politicised but untouchable elite which has power over the entire nation and everyone in it. That should terrify anyone who believes in real democracy. When the Daily Mail accused judges of behaving like enemies of the people, the Remainer elites went into meltdown. Our message to them today is clear: if you don’t want to be called an enemy of the people, stop behaving like one.

A collection of BBC commentary can be found here. Legal authorities will disagree as to whether the court saved democracy or destroyed it.

[pullquote]I would say the court destroyed democracy, because the court consciously ruled against the majority of the people who voted to exit the EU. And most certainly, the court asserted its authority to be higher than that of Parliament.[/pullquote]  I am not an expert on this matter, but from what I do know, however much or little it is, the function of the British Supreme Court is to rule on the constitutionality or lawfulness of laws that Parliament passes, not on the lawfulness of Parliamentary procedures.

I would not be surprised if former PM May was well paid by Washington to stall Brexit for three years, and I would not be surprised if Johnson’s suspension of Parliament was an orchestration designed to sink Brexit.  British prime ministers are well rewarded for serving Washington’s interest rather than the interest of the British people.  Consider Tony Blair who enabled Washington’s invasion of Iraq, for example, whose current net worth is $76 million.

Courts are unrepresentative and unaccountable. If Parliament allows the court’s ruling to stand, which is likely in view of the fight over Brexit, Parliament will have ceded the political domain to the court’s authority, just as the US Congress sacrificed the US Constitution to the “war on terror.”

Perhaps this was only to be expected.  When legislative bodies sacrifice the interests of the people to the interests of organized lobbies, they undermine their own authority and open themselves to the despoliation of their powers by other elements of government.