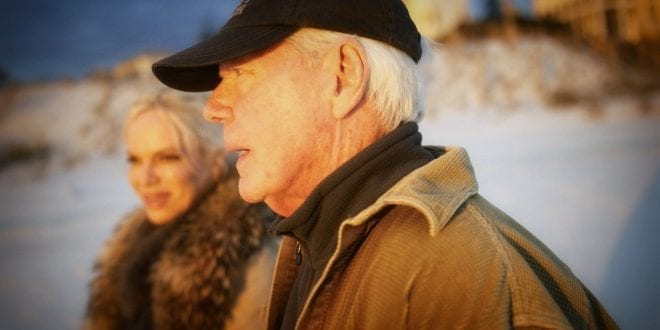 Herland Report: European governments do not realize their potential to save the world from Washington’s aggression, because the western Europeans are accustomed to being Washington’s vassal states since the end of World War 2.

The eastern and central Europeans have accepted Washington’s vassalage since the collapse of the Soviet Union. Vassalage pays well if all the costs are not counted. Because of Europe’s subservience to Washington, Washington is unlikely to learn this lesson before Washington marches on Russia.

Europe must take the lead, especially the central Europeans. These are peoples who were liberated from the Nazis by the Russians and who have in the 21st century experienced far more aggression from Washington’s pursuit of its hegemony than they have experienced from Moscow.

Europe should break away from the Washington dominion, writes Dr. Paul Craig Roberts. He is one of America’s leading political economists and former editor of Wall Street Journal, chairman of The Institute for Political Economy and a well-known author and a regular contributor to The Herland Report.

Dr. Roberts is widely known as one of the West’s most important intellectuals. He is a regular contributor to The Herland Report TV. The programs with Dr. Roberts may be viewed here: Program 1: Neo-Con Totalitarianism, program 2: Totalitarianism in the West, program 3: The Washington Tyranny, program 4: The Hatred of the White, Hetero Male. Program 7: The Enslavement of the Working Class and more.

Washington in its hubristic idiocy has already begun this march piecemeal with the coup in Ukraine and with its attacks on Syrian military positions. As I wrote earlier, Washington is escalating the crisis in Syria.

Europe should break away: What can stop this before it explodes into war is eastern and central Europe’s decision to disengage as enablers of Washington’s aggression.

There are no benefits to Europe of being in NATO. Europeans are not threatened by Russian aggression, but they are threatened by Washington’s aggression against Russia. If the American neoconservatives and their Israeli allies succeed in provoking a war, all of Europe would be destroyed. Forever.

What is wrong with European politicians that they take this risk with the peoples that they govern?

Europe is still a place of beauty constructed by humans over the ages—architecturally, artistically, and intellectually—and the museum should not be destroyed. Once free of Washington’s vassalage, Europe could even be brought back to creative life.

What do Europeans get for the extreme penalties imposed on them as Washington’s vassals? They get nothing but the threat of Armageddon. A small handful of European “leaders” get enormous subsidies from Washington for enabling Washington’s illegal agendas. Just take a look at Tony Blair’s enormous fortune, which is not the normal reward for a British prime minister.

Europeans, including the “leaders,” have much more to gain from being connected to the Russia/China Silk Road project. It is the East that is rising, not the West. The Silk Road would connect Europe to the rising East. Russia has undeveloped territory full of resources—Siberia—that is larger than the United States. On a purchasing power parity basis, China is already the world’s largest economy. Militarily the Russian/Chinese alliance is much more than a match for Washington.

Europe should break away: If Europe had any sense, any leadership, it would tell Washington good-bye. What is the value to Europe of Washington’s hegemony over the world?

How do Europeans, as opposed to a handful of politicians receiving bags full of money from Washington, benefit from their vassalage to Washington?

Not one benefit can be identified. Washington’s apologists say that Europe is afraid of being dominated by Russia. So why aren’t Europeans afraid of their 73 years of domination by Washington, especially a domination that is leading them into military conflict with Russia?

Europe should break away from Washington control: Unlike Europeans and Russians, Americans have scant experience with wartime casualties. Just one World War 1 battle, the Battle of Verdun, produced more casualties than the battle deaths that US has experienced in all the wars of its existence beginning with the Revolutionary War for independence from Britain.

In contrast, US casualties for World War 1 after US entry were 53,402 battle deaths and 200,000 nonmortal woundings.

Here is the list of US battle deaths from the War of Revolution through the “global war on terror” as of August 2017:

Europe should break away from Washington control: If we add the battle deaths of the global war on terror as of Aug. 2017—6,930—we have 568,559 US battle deaths in all US wars. That compares to 714,231 casualties, from which I am unable at this time to separate battle deaths from nonmortal wounds and maiming from a single World War 1 battle that did not involve US soldiers.

In other words, except for the Confederate States and native Americans, who endured enormous Union war crimes, the US has no experience of war. So Washington enters war with ease. The next time, however, will be Armageddon, and Washington will no longer exist. And neither will the rest of us.

US deaths in World War 1 were low because the US did not enter the war until the last year. Similarly in World War 2. Japan was defeated by the loss of her navy and air force and by the firebombing of Tokyo and other Japanese cities, which required few US battle deaths. The nuclear attacks on Hiroshima and Nagasaki were gratuitous and took place when Japan was asking to surrender.

Approximately 200,000 Japanese civilians died in the nuclear attacks and no Americans except prisoners of war held in those cities. In Europe, as in World War 1, the US did not enter the war against Germany until the last year when the Wehrmacht had already been broken and defeated by the Soviet Red Army. The Normandy invasion faced scant opposition as all German forces were on the Russian front.

Europe should break away from Washington control: If there is a World War 3 the US and all of the Western world would be immediately destroyed as nothing stands between the West and the extraordinary nuclear capability of Russia except the likelihood of complete and total destruction.

If China enters on Russia’s side, as is expected, the destruction of the entirety of the Western World will be for all time.

Why does Europe enable this scenario? Is there no humanity, no intelligence left anywhere in Europe? Is Europe nothing but a collection of cattle awaiting slaughter from the machinations of the crazed American neocons?

If not, doom is upon us as there is no humanity or intelligence in Washington.

Europe must take the lead, especially the central Europeans. These are peoples who were liberated from the Nazis by the Russians and who have in the 21st century experienced far more aggression from Washington’s pursuit of its hegemony than they have experienced from Moscow. If Europe breaks away from Washington’s control, there is hope for life. If not, we are as good as dead.

Previous TV interview with Woodley Auguste: Identity Politics creates Destructive Disunity
Next The Prison-Industrial Complex: The Rise of Private Prisons in the US