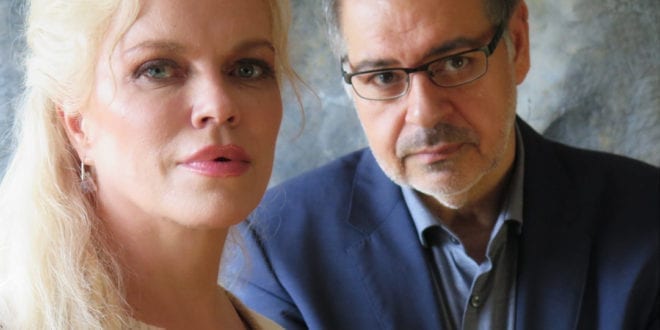 New World Order: The West breaking away from cultural values

Herland Report: Today there is a strong need for a renewed anchoring in traditional cultural and religious values in the increasingly anti-Christian West.

For quite some time and especially the past decades, radical European and American elites have followed political ideologies that have aimed at deconstructing traditional values in order to open up for a new world order and a brand new set of ethics, writes historian of comparative religions, author and founder of The Herland Report, Hanne Nabintu Herland.

The ideological hope has been that modern society will progress into a much better place if Christianity and the values that once built our civilization disappear.

But in the eagerness to break down the traditional role of social authorities such as teachers, the clergy and the police, the liberal elites have made grave mistakes.

They have neglected to distinguish between stabilizing values that should have been kept and ideals that would profit from being reformed.

What has happened is a total reform of almost all values. The result is a brand new system of morality that strongly differs from what used to be the Western codex of ethics.

The abandonment of central ethical principles from the 1960’s has opened for a hedonistic social development where egoism, insensitivity and lack of boundaries have become socially acceptable in most situations.

This process is now causing Western society to slowly disintegrate and fall behind in the global race for excellence.

This new morality quietly legitimizes the citizens right to selfishness and carries a profound lack of respect for the social role of the family in society.

It is a system that at heart fuels a strong sense of anti-solidarity and breaks away from the old values such as the ten commandments summed up by one sentence: “Do unto others that which you wish was done unto you.”

Before our very eyes the whole structure of “love thy neighbor” has become “love thyself.” The glue of morality that once kept society structured and together dissolves.

We all know the results: soaring divorce rates, epidemic drug abuse, domestic violence, grave inner city problems with the development of new deprived subgroups, financial crisis’ almost solely stemming from too much greed and politicians who dare not say much in fear of losing votes.

It is a compelling picture of a culture in deep crisis with a political leadership that seems not able to handle the situation.

The consequence of the anti-traditional radical elites’ contempt for their own cultural background and the values that once made our culture world leading is that many have lost confidence in their national traditions.

There is little respect left for the underpinnings of Christian culture. This is especially true for Northern Europe and the UK. It simply isn’t fashionable to be faithful and honest anymore.

It is more socially acceptable to pursue one’s wishes regardless of the destructive effect one’s actions may have on others.

Increasingly also in the US, Christians keep quiet. It seems as if they do not dare to speak up too loudly. One of the reasons being that these groups are engulfed in the same extreme liberal narrative that fuels this age, they see no reason to protest with a strong enough voice.

The focus on empirical studies and the corresponding liberal paradigms of scientific methods as the only source of truth have produced a culture with a corresponding lack of spiritual and inner energy.

People simply seem to be drained, tired, exhausted and not up for a fight for what is right.

Loneliness and a feeling of emptiness and lack of purpose prevail in a cultural setting that emphasized the individual rather than the community, self-realization rather than self-discipline, reliance on the welfare state and its statism rather than personal responsibility, and material values rather than inner virtues such as integrity, loyalty, and respecting others.

As relativism has gained ground and fewer dare speak out about what is right and wrong, an almost unquestioning tolerance of other cultures and religions have come to present a considerable challenge.

Many forget the importance of having a strong cultural standpoint from which one views others: a position from which one may practice tolerance without discriminating one’s own values.

Today many Europeans are terrified of emphasizing the values of the historical West in fear of a nationalism that could degenerate into a new wave of chauvinism.

Many do not even criticize criminal actions by non-Western foreigners out of fear of being labelled a racist or intolerant. However, can we love others if we deny ourselves? Can we respect others if we don’t respect ourselves?

There is a dire need today to stress the positive elements of a constructive national conscience that offers a sound cultural identity and a secure foundation in the ideals that once made the Western civilization a global leader.

As the pendulum often swings from one extreme to the other, many today acknowledge the self-destructive and self-exterminating forces that exist in the blatant disdain for one’s own cultural and religious roots.

Many recognize the weaknesses in a society that no longer appreciates courtesy and civility. Overwhelming crises of identity can deliver serious blows to the individual.