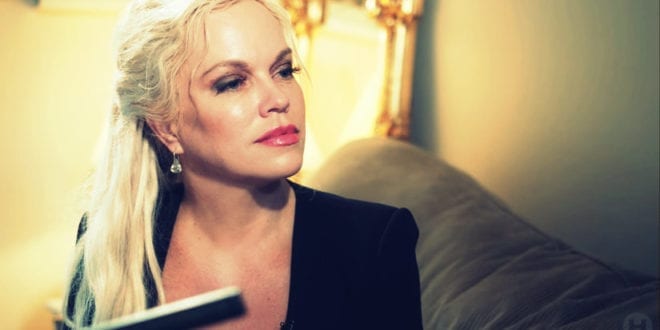 Hanne Nabintu Herland Interviewed by RT: RT is one of the world’s largest TV stations, reaching around 700 million.

Watch “Worlds Apart” where I speak about the Western liberal utopianism that permeates the Western idealistic foreign policy and causes the naivity that led to the Western misinterpretation of “the Arab Spring”, calling it a “Spring” rather than an “Arab Winter”.

Additionally, I commented on Henry Kissingers latest call for a return to realism, a new respect for national sovereignty and respect for the realities on the ground.

I am strongly critical towards Norway’s participation in the NATO intervention in Libya, a country that is in ruins today due to the NATO military coup in 2011. I

support the effort by Gerhard Schroeder and other German intellectuals  in their effort to stop the war mongering that the current political elites in the USA are endorsing. View the program in LINK.

It is a paradox that in the 1930’s, only a few German intellectuals reacted as Hitler’s aggressive policies grew.

Due to political correctness, few dared to speak out, fearing the potential loss of their privileges and jobs as a result.  What Michel Foucault labels “Fearless Speech” seemed to be absent.

The German intellectuals observed how German media became increasingly biased, reflecting the growing political propaganda and state-centrism in Nazi-Germany. Their honest opinions where left to be expressed only in the comfort of their homes, behind closed doors.  Much of the same is happening in today’s Europe.

Leading post-war thinkers have spoken at length about what happens when the centralization of power becomes too absolute. This usually occurs in combination with the reduced freedom for news broadcasters, media outlets and institutions in society.

Their agendas are altered into being voices that advocate the opinions of the politically correct elites. Habermas, Hannah Arendt, Noam Chomsky, Harvey Mansfield and a number of others have adressed of the need for more critical thinking in democratic states.

Noam Chomsky has been voted by the New York Times and The Observer as the “world´s most important intellectual.” Chomsky is also the most cited living author in the academic field of social sciences and humanities.

In his book, Necessary illusions: Thought control in democratic societies, he is highly critical of many trends in Western democracies, particularly in the USA.

He argues that governmental political forces limit freedom of press and freedom of expression in democracies far more than people commonly think.

In the West, the press is largely an instrument for Western propaganda that functions to cloak a reality where the media, also in democracies, is manipulated by a political-ideological elite with a continual need to control mass opinion.

The reason is simple: in democratic countries the people determine the results of political elections. According to Chomsky, control of opinions is therefore critical.

In  Manufacturing consent, Chomsky discusses this in detail. He believes that private market forces are so strong that the market´s propaganda influences the flood of information to a large degree.

In this way democracy is strangled in democratic states. Chomsky does not consider the USA to be a democracy, since the mixture of political power and private capital is so pervasive.

The current ideological push in Europe to return to fascism. that today may be relabeled a liberal fascism that is characterized by a politically correct public sphere permeated by censorship where the goal, yet again, is “a strong, centralized state, little tolerance for differences of opinion, low degree of individual freedom, censorship of the critical voices that break with the politically correct and with a leading, unified political global political elite with strong ideological power.”

Today we are yet again at the stage in Europe where it matters that intellectuals and critical thinkers voice their opposition to the liberal utopianists led by the current US elites.

In Norway, the recent Fritt Ord, Status for Ytringsfriheten i Norge survey showed how “quiet” Norwegians are and how fearful they are to break the wall of political correctness and speak their minds.  The op-edge in Aftenposten on the self censorship in Norway recently pointed out that this tendency is worrying and weakens our open democracy.

Aldous Huxley provided an excellent description of totalitarianism in his celebrated 1932 book Brave New World. Huxley shows how restrictive society becomes if personal initiative and the belief in individualism and social responsibility, knowledge, wisdom and the right to differ disappear.

Only strict secular uniformity without respect for history remains in a state that regulates and dictates all things.

The well-known philosopher Hannah Arendt has also discussed this in length, for example in her book The origins of totalitarianism. Arendt analyzed the origins of Nazism and Communism.

The Second World War demonstrated clearly how evil can be systematized in a modern democratic state focused on the active bureaucratic manipulation of its citizens.

Since socialism has similar origins, this is relevant in today´s Norway. Nazism was not extreme right-wing. It was extreme left-wing. The popular term NAZI is an acronym for the National Socialistic Labor Party in Germany. Hitler demanded a cohesive citizenry and woe to them that did not follow his dictates.

This was a strong socialist state that controlled freedom of expression and limited the individual´s sphere of action to what the elite in power defined as correct. The centralized power of the state was a very important agency for directing the population. Here there was little individual freedom and respect for differences. Everyone was required to think in unison, whether they wanted to or not.

We know very well how the Left wing Nazism opened for an appalling lack of respect for different opinions. It was enough to suspect that someone one entertained an opinion that was not politically correct.

People were condemned based on mere indications, pre-judged, exposed in the media, compared to murderers and traitors, denied leading positions in the state and fired from their positions, — as a conscious step towards silencing the political opposition.

Arendt illustrates how the individual´s freedom is strangled when group thinking takes over in such a way that the “masses” are controlled by the state. She points out that totalitarian governance is worse than dictatorship.  In a dictatorship the elite strive to amass political power and persecute the opposition simultaneously.

The elite of democratic totalitarian regimes aspire not only to political power, but to dominate every aspect of their citizenry ideologically, and to determine what they think down to the smallest detail.

What they should believe about family, sex, partnerships, religion, school, priests, police and the law. Their goal is to have full control over the development of society, with a universal desire that the entire world should eventually develop in the same direction.

Their goals are global. Civil rights, the sovereignty of nations, the right of other cultures to define which values and ideals are important in their own culture – none of these rights are respected. Their purpose is to dominate the world and to govern all others according to their own political-ideological goals.

Here propaganda is a most cunning weapon. Propaganda is a form of media-communication that does not purport to provide citizens in a democratic state with objective news. Instead the news provides the impression of being objective when it really only presents a portion of the truth. Propaganda is used consciously to influence the individual in a defined political or ideological direction.

If you repeat a lie often enough, people will eventually believe it. In our time it is more important than ever to voice critical thinking and pose hard questions to the political elites.

Previous Stop European anti-Semitism, stop intolerance!
Next Soleimani killing is not that important, will not affect Iranian capabilities much