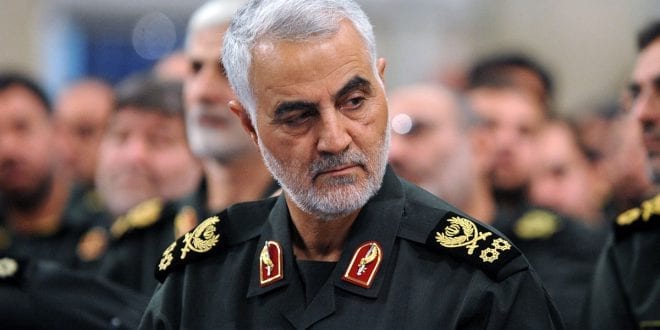 Soleimani killing is not that important, will not affect Iranian capabilities much

What is likely to be the outcome of the killing of Iran’s top Revolutionary Guard leader and head of Clandestine Operations who spearheaded Iranian paramilitary influence in the region?

[pullquote]Daniel Pipes: I can’t explain Trump. And from what I’ve read, his aides were completely surprised. [/pullquote]

The Iranian elite is well known for mastering the art of tightening the grip on the population precisely when outside pressure comes.

Soleimani’s death may cause the very opposite effect than many expect: New support for the Iranian Islamist government and a people more united than in a long time.

[pullquote]The great majority of Iranians do not like their regime. The regime is strong, knows how to handle dissent, and has repressed it.[/pullquote]

So, will Iran take the bait and opt for a large scale war which may be just what the US – or the Pompeo clan hopes for? War has been looming for a long time, in the Israel-Iran lock down and regional conflicts with Saudi Arabia in Yemen, among other places.

Many exile Iranians hope for the return of a Shah, and the end of autocratic Islamist rule, a regaining of an open Iranian society to whom the West is a friend. The fractions are many, and the picture not as black and white as some media outlets portray it.

The American historian and writer, Daniel Pipes, the President of Middle East Forum, recently gave an interview to The Roy Green Show. Read below his predictions of the outcome of Soleimani’s death.

Daniel Pipes: Yes. Entirely. It’s completely inconsistent with the policy of Donald Trump. One learns as one follows American foreign policy in the Trump era to be ready for surprises. You don’t know what’s coming next.

Daniel Pipes: I’m inclined to think it’s a less important event than most people. In the first place, Soleimani was an operative, not a decision-maker; he carried out instructions, he didn’t develop those instructions.

He was clearly very competent at it, but operators are not that difficult to find. And there have been prior cases where an operator has been taken out, and then someone else replaces him and is about as good, or maybe even better. So, I don’t think the killing has enormous consequences for Iranian capabilities. The Soleimani killing is not that important.

[pullquote]One learns as one follows American foreign policy in the Trump era to be ready for surprises. You don’t know what’s coming next.[/pullquote]

The Iranians are going to respond indirectly to the United States, maybe via cyber-hacking and other non-kinetic, non-violent forms of response. I think they might well attack Israel and Jewish interests, but not Americans; they don’t want to take on Trump.

And the U.S. reply? And as I suggested in my first answer to you, I have no idea. Is this the beginning of a massive policy shift vis-à-vis Iran? Or is it a one-time shot that will have no particular implications in the future? Nobody knows. Donald Trump is unpredictable.

So, in general I think the killing is not that important. It will not affect Iranian capabilities that much. Iranians and Americans are not going to war. I’m inclined not to see a major change in U.S. policy. (article continues below)

Daniel Pipes: Could be. Could also be what Trump had for breakfast. I don’t know; again, Donald Trump is unpredictable.

Look, in the last several months he opened the door for Turkish forces to enter Syria and batter our Kurdish allies and he did not respond to two Iranian attacks on major Saudi oil installations – and now this.

[pullquote]In general, I think the killing is not that important. It will not affect Iranian capabilities that much. [/pullquote]

I can’t explain Trump. And indeed, from what I’ve read, his aides were completely surprised. So, it’s better just to accept that he’s unpredictable.

That has its virtues, by the way, as a cowboy, keeping his opponents on edge. It also has disadvantages: opponents can’t figure out how to avoid trouble, allies don’t understand what steps to take, and so forth.

Dr. Pipes: It makes sense strategically if it’s followed up. If it’s a one-time thing, it doesn’t make much difference.

But if it is followed up, this means that after 40 years of the Islamic Republic of Iran, the U.S. government has finally decided to respond to its aggression not just economically, but militarily: to Iran’s building nuclear weapons, to its jihad, to its more or less taking over four countries – Yemen, Lebanon, Syria, and Iraq – and to its ideological aggression.

If this means a such a profound change, then yes, it’s big. But if it’s a one-time killing of an operative, no, it’s not very significant.

Dr. Pipes: Good question. The great majority of Iranians do not like their regime, and they have on occasion – including in 2009, in 2017, and in the last few months – expressed their dissatisfaction with it. The regime is strong, knows how to handle dissent, and has repressed it.

I imagine that the great majority of Iranians are not unhappy that a major regime operative has been taken out. But I also imagine that there’s a certain amount of rallying around the flag, that people don’t like the fact that one of theirs was executed as he was. Read the full interview here.