Multiculturalism as a radical invention of the 1960’s

Multiculturalism – several cultures living side by side with none of them taking the lead – has in essence turned out quite differently than then utopian dreamers and naïve neo-Marxists initially hoped for when they started out implementing this theory in the 1960’s.

Instead, multiculturalism has slowly robbed ordinary Europeans of pride in their own culture, many now feeling discriminated against in their own countries.

Today, we watch how the tensions are building up in Europe and clashes happening now on an almost daily basis.

Over the past decade the opponents of multiculturalism have multiplied. Leading politicians like Angela Merkel, David Cameron and Nicolas Sarkozy have all condemned this neo-Marxist strategy of integration that equates the ideals of other cultures with European traditional values in Europe.

The idea was that Europeans should not uphold their own cultural roots on their own soil, but instead listen humbly to new immigrants and accept their traditional norms and customs in the name of diversity.

Whoever protested, has quickly, over the years been labelled “racist” or “intolerant”, causing the person to quickly be silenced.

The French philosopher, Jacques Derrida is often called the father of multiculturalism. He developed the theory of deconstruction, implying that power structures comes in pair: one weak, the other strong.

For example, the pair of man – woman, white – black, European – African/Asian. His desire to tone down the “strong in the pair” was done by giving “the weak” extra rights.

Among the many mistakes that neo-Marxist Derrida did, in his quest to tear down the traditional structures of the European society, was naively believing that “Europeans” are always the strong part and “Africans – Asians” always the weak part in the West.

So, his theories legitimized a disicrimination against Europe’s population, insinuating that their perspectives are uninteresting and that only the perspectives of “the weak” – that is the non-Western foreigner – had the right to strongly voice his beliefs.

The strict Social Darwinism within his thoughts and their demeaning implications towards people from other cultures, is strikingly evident.

Derrida, who sought to fight racism, created a Multiculturalism based on racism, a theory that has ended up creating injustice, more racism and hatred between ethnic groups now all over Europe.

A common assumption of Social Darwinism — that the European civilization is supreme to all others and rates highest in every cultural scale– tints multiculturalism heavily with an underlying socialistic racism. People with dark skins and the unfortunate fate of not coming from Europe are pitied.

This socialistic racism is denigrating, and today permeates social structures.

Instead of showing immigrants respect by offering them work, we shuffle the non-Western into an underclass of welfare-dependent victims.

The tragedy of multiculturalism is that it has created a class oriented and ethnically segregated environment in Europe which places so called “non-Western foreigners” at the bottom of the social ladder.

This is in essence a form of socialistic racism that actually feels sorry for and looks down on peoples from “outside Europe”.

However, many decline to engage in necessary discussion concerning the need to uphold traditional European values in a time of upheaval, for fear of offending non-Western immigrants and being labeled intolerant and racist.

But this implies a tragic misunderstanding of what tolerance really means. Tolerance implies respecting other cultures when visiting their countries, just as immigrants from foreign cultures are to respect European values and ways of life when they move to Europe.

To be tolerant is to respect the traditions, values and social norms of the country in which you are staying.

One of the main problems with multiculturalism, is that it does not respect the differences and boundaries between nations and cultures.

For instance, Christmas celebration is required to be toned down and excluded from school arrangements, justified by claims that the holiday´s emphasis on the birth of Jesus Christ and the celebration of Santa Claus will offend non-Western immigrants.

Yet, many Muslims object to these types of multicultural attempts, as they say that they of course have nothing against celebrating the birth of Jesus, or in Arabic “Isa”. After all, he is a prophet in Islam as well.

When pride in one’s own traditional values are continuously suppressed and spurned, the result may be that Europeans feel discriminated against in their own culture.

It turns into a “racism against white’s” which in turn may create a growing environment of displeasure with non-Western foreigners as a whole.

This may fuels hatred amongst ethnic groups that easily could grow malicious. The Swedish city of Malmo is an excellent example of how bad things can get.

The mistake of multiculturalism in its contempt for traditional European values is that it fails to recognize the need for a strong common ground, thus pushing against cultural unity.

There are many misconceptions about what it means to be against multiculturalism. Some believe that it involves a general antagonism towards immigration; that the goal is a society with no foreigners whatsoever, a kind of monoculture where only the original ethnic population is desired.

This is, however, not the case. To oppose multiculturalism means to oppose the neo-Marxist way of solving the issues of immigration.

It means to respect the sovereignty of other countries and their right to define the cultural ideals they wish to emphasize within their boundaries, and at the same time, to claim this very right in Europe within the context of European culture.

Europeans should define the values and laws that apply in Europe and immigrants from other cultures should respect these.

Thus for instance, to respect the right of other cultures to practice polygamy in their own countries does not necessarily mean that you must accept the same cultural practice when in Europe. Here European values ​​and marriage laws apply.

Those who are not inclined to conform to European laws are of course free to return to their country of origin and practice their religious, marital or cultural preferences there.

We who are against the injustice of multiculturalism aspire a globalized world with a greater degree of international respect based on each country’s right to determine its own values.

Their plea is for a Europe where different nationalities receive equal treatment and actively participate in the development of a society based on the values ​​of the European cultural heritage.

Opponents of multiculturalism have an entirely positive view towards the immigration of labor from other countries.

Historically waves of migration of hard working peoples have produced positive outcome. Law-abiding working immigrants are welcome, but criminals with no constructive contribution to make to society should be punished and expelled from the European communities.

If you show no respect for the country you move to, you lose the right to stay there.

Europeans must have a stronger understanding of the norms, ideas and guidelines that form the basis of Western thinking.

They must continue to build on common historical values ​​to which everyone, regardless of ethnic origin, should adapt when living in Europe.

Only then will the assimilation succeed. The European culture of conscience fostered citizens with a high regard for honesty, punctuality, duty, integrity and solidarity.

Emphasis on moral elements such as self-discipline, education, humility and good manners formed the basis for a society that respected individual differences.

When Europeans relinquish these cultural ideals, the upshot is today´s moral decline with financial crises, mediocrity and cultural decay.

The degradation of traditional Western values ​​in the West must cease. Many cultures have introduced ideals that are abhorent to most Europeans, such as female genital mutilation, the social acceptance of rape of non-muslim women, and violence towards women and children.

We have unfortunately more than enough destructive elements in our own culture — we have no need to import yet more cruelty and crime.

Many seek the end of multiculturalism´s denigrating view of immigrants. They want a multi-ethnic society that evaluates individuals on an equal basis in light of their competencies and willingness to work rather than ethnicity.

In such a society non-Western criminals will not be treated with silk gloves. Non-Westerners are unfortunately over-represented in criminal statistics, which I discuss in detail in the bestseller RESPECT.

Today´s rape statistics indicate a paralyzed Leftist multicultural political elite, with a horrifying inability to act: 100% of assault rapes between the years of 2007 and 2009 were, according to figures from Oslo Police, committed by non-Westerners, 72% of the rapists in 2007 were foreigners, while 84% of rape victims were Norwegian.

Hardly anyone speaks up for the Norwegian women that are violated, clearly a tendency connected to the fear of being labeled a racist.

It is critical that criminal non-Westerners be punished appropriately, that residency permits are revoked.

Only then will law-abiding immigrants be able to show Norwegians the good that can come from other countries.

Today criminals negatively influence our general impression of non-westerners. Immigration for the purpose of joining the labor force is positive.

However, because many ordinary Europeans observe skin color and one-dimensionally classify all  “foreigners” as the problem when they really are referring to “criminal non-Westerners,” law-abiding immigrants are stigmatized and ethnic tensions rise.

What we need is an equality-based system, freed from the racism of multiculturalism, where citizens may build on common historical values, regardless of ethnic origin. 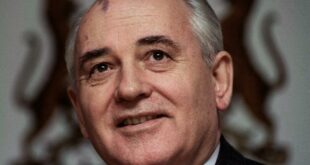 Herland Report: Mikhail Gorbachev was the first President of the Soviet Union and the … 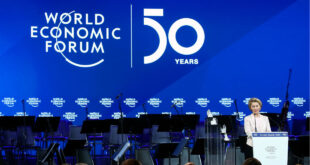 Was the Covid-19 disruption worth it? Useless lockdowns, useless PCR, the billionaires earned billions, the poor lost so much

Herland Report: Was the Covid-19 disruption worth it? The richest among us have earned billions …