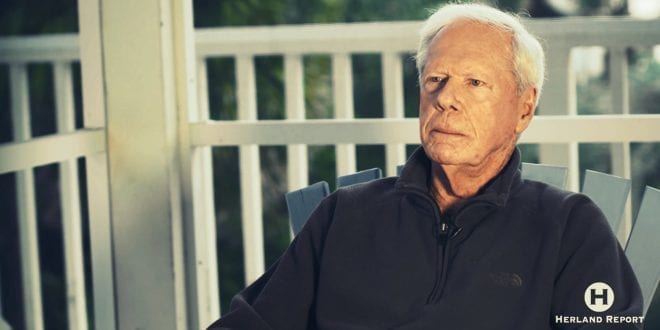 Herland Report: We notice that leading voices in the United States, such as Dr. Paul Craig Roberts, endorses our work in English about the European perspective on world news.

Our articles and TV programs are all delivered free of charge. We are one of the few news outlets on the internet with no paywalls.

In a recent update, Dr. Roberts again suggests The Herland Report for your regular reading list.

The Herland Report Scandinavian news site, TV channel on YouTube and Podcasts have millions of readers/viewers, featuring leading free thinkers, intellectuals, authors and activists from across the political spectrum.

Herland has for many years written extensively in leading newspapers and appeared as a guest on a variety of TV shows.

She was born and raised in Africa, has lived in South America, Europe, the Middle East and traveled extensively in Asia. She speaks a number of languages.

The Herland Report believes in freedom of speech and its editorial policy resides above the traditional Left vs Right paradigm which we believe has lost its relevance and ability to describe the current driving forces in Western politics. We regularly feature a variety of opinion and analysis from a number of commentators free from political correctness.

Not all views represent that of The Herland Report editorial policy, but we do believe in plurality, diversity and free discussing in non-censored conversations, both in the articles presented as well as on our TV Channel.

The articles and TV interviews we publish are to be used as pieces of information that should be considered when seeking to acquire a full overview regarding a specific subject.  We do not take responsibility for mistakes, omissions or other flaws in articles published by our variety of authors or TV show guests.

The mainstream media, where over 90 % is owned by 6 corporations, has increasingly become a smoke screen which disguises the real power struggle and the driving forces that determine the development in the West.

We attempt to address the implication this has on the general population and describe what goes on behind the mainstream media propaganda. We also address the de-democratization and de-Christianization prosess in the West, beginning with the US, the leading nation in the faltering Western hegemony.

We hope to contribute to strengthening the original values of Western culture, the ones that once made the West a world leading civilization. The Herland Report TV therefore also features “Spirit and Faith” in which we speak to leading voices who have something valuable to say about spiritualism, faith in God, what it means to “love one another” and its implications for our daily lives.

We do not allow the promoting of discrimination based on race, sex, religion, nationality, disability, sexual orientation or age. Such comments will be removed to our best ability once spotted, both on Facebook and in social media as well as on the website.

Previous Atheist Emptiness and Suicide: We have lost the Recipe for Inner Peace
Next The Ukrainian Orthodox Church under heavy persecution, urgent appeal to end the Banning of the Church