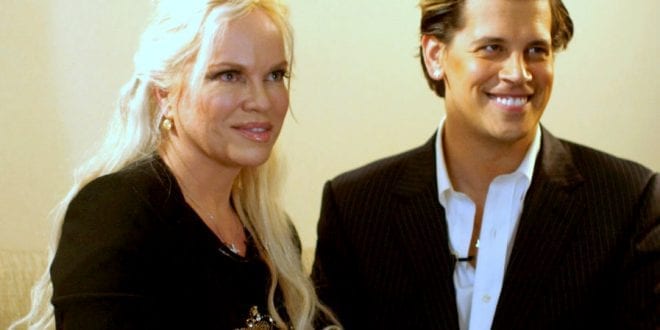 He is an unusual intellectual with a provoking technique of fearless speech, a New York Times bestselling author and an internet guru.

We sat down with Milo in provokingly honest conversations about the deterioration of freedom in the West.

Milo says: “The public and president Trump are on one side of the debate and people like us are on the other side. You don’t just have government anymore, you have big business, the Academy and the entertainment industry, all the huge institutions of civil society, of soft power – all lined up on the pro-war, pro-globalist side of the fence.”

“Now you have an elite establishment in America, that does not believe in the values upon which America was built.”

“The people on CNN, many of the people in the so-called Deep State and the government, most of the Academy, most university professors, most journalist, most people working in the entertainment industry in Hollywood and music do not believe in the values on which America was founded.”

This is the is culmination of the implementation of the 1960s New Left social revolution, in which traditional values were abolished and a new set of atheist ideals implemented.

The Christian-Jewish commandments were scrapped, the very values that once made the West great. These ideals emphasized trustworthiness, honesty, fidelity, personal responsibility, humility, moderation and “to love one another”.

Milo Yiannopoulos has been notoriously portrayed by the New Left media as a man who “hates women” and “is hated by women”. This is the classical leftwing demonization technique done to defame somebody, ongoing for generations now.

Hanne Herland: – Dr. Paul Craig Roberts wrote a column, saying “when I grew up, America used to be a nation. Today there is only hatred.” What’s gone wrong in America, whites hates black, women hate men, the war in the family.. How will this country survive?”

CNN is the worst example of inward looking elites who don’t understand the country they are reporting on and don’t serve the interests of Americans.

What happened to America is that, in a way it is a victim of the First Amendment, of the right to do-say-and-be anything, because the aggressive activist Left has used the First Amendment to advocate for Tyranny. Which is never what the Founders intended.

They have used their right to free speech through the campus radicals in the 1960’s and 70’s, through the political correctness of the 90’s, and now social justice, the third wave Feminism, Black Lives matter of the 2010’s and inevitably 2020’s.

They’ve used their right to aggressively express themselves, not for freedom, but instead for censorship in favor of politically correct elites, as you say.

The American Founders never intended for the First Amendment to be advocated for Tyranny, but you have the Left saying in the most extraordinarily brazen way and abusive way, when they come up with sentences such as “masculinity is so fragile” and “kill all White men”, – using their First Amendment rights to advocate for the silencing of groups that have fallen out of favour.

This is something that could never not been foreseen by the people that put America together.

The state of the country as it now stands is that the First Amendment, supposedly the inalienable right for anyone to say, do and be whatever they want, is under threat like never before. And people look to America for guidance for all kinds of matters, political, cultural, military and otherwise.

The state of play in America is that of a country split in two down ideological lines, but mostly down identity politics lines.

This is a construction and invention of the Progressive Left, dividing us all according to gender, race and all the rest of it.  Now there are two countries operating essentially independently.

Hanne Herland: – In the old days, we used to look up to the United States, regardless of whichever country you originated from, you were welcome here. The US was regarded as a melting pot for all who wanted to work hard. But we have seen the past twenty years, a change to focus on ethnic origin?

Milo Yiannopoulos: – Yes, America was founded on ideas, not on skin colour. When most people think of America, they think of American values. Capitalism, property rights, democracy, freedom of speech, freedom to be, do and say whatever you want.

This is changed in the last ten, fifteen, twenty years, as the Progressive Left has attempted to inject gender politics and racial politics into expressions of national pride.

So you have in high schools, displaying the flag is being called racist by school teachers. They are implying that pride in national values, is somehow racially suspect.

Now in Europe, given Europe’s bloody history and some of the racial and religious wars that have happened in Europe, Asia, the Middle East, there may be some justification for regarding excessive patriotism with some scepticism, because countries have typically been defined ethnically and geographically elsewhere in the world. But America was never like that. It wasn’t like that until the Left made it that way.  “Give us your poor, your huddled masses” written on the base of the Statue of Liberty, this was written at a time when the country was about values and ideas. Everyone was welcome to come here, provided they signed up to those ideas.

But now you have an elite establishment in America, that does not believe in those things.

The people on CNN, many of the people in the so-called Deep State and the government, most of the Academy, most university professors, most journalist, most people working in the entertainment industry in Hollywood and music do not believe in the values on which America was founded.

Milo Yiannopoulos: America lost its freedom: Now we are in a situation where America is no better than anywhere else, in terms of these toxic and unpleasant wars between races, gender and sexualities and so on.

This represents a crisis for the rest of the world, because if we don’t have America as a cultural superpower, demonstrating and showing us why freedom and democracy are the best system, resulting in most human happiness – if we don’t have America demonstrating to the Middle East, China, Russia, Africa that freedom of democracy, pluralism, tolerance and the rest of it are the best way to construct a society so that people are happy, we are left in a very dangerous position.

Not only do we not have any good role models, but nobody is actively advocating for the only system of values that we know for sure makes people happy, which is freedom and capitalism.

Hanne Herland: – It’s quite an extraordinary development that you are pointing to. I would like to remind us of the renowned linguist Noam Chomsky, who has spoken repeatedly about the US no longer being a democracy. It’s an oligarchy where an ultra-rich elite own the media and control the system.

Look at the American media, over 90 % is owned by 6 corporations, and half of those also own the weapons industry in this country, so no wonder they need wars everywhere all the time.

This is the problem with the late stage capitalism that exists in symbiosis with government, the revolving door between political lobbyists and big business.

Google lobbyists becoming government employees, going back to the private sector again, it is that interweaving and that’s what Lefties were talking about twenty years ago, the Military Industrial Complex.

Milo Yiannopoulos: America lost its freedom: It was weapons manufacturers and all the rest of it in bed with the Republican Party. Well, they were sort of right about that.

But here’s the interesting thing, these days corporate America is on the Left:

If you look at CBS, Simon Shustern and all other kinds of media properties, corporate America is now moving in the direction of Identity Politics, “diversity, equality”, that kind of parasitic, parallel industry that has sucked itself unto all of the industries in American public life.

Corporate America now is far more likely to celebrate gay pride or weird expressions of feminism and obsess over transgender pronouns, than it is prone to talk about Columbus day or express any kind of patriotism or national pride.

Just look at the NFL, this, by definition patriotic institution – the national football league -which wanted desperately for its own players to disrespect the national anthem, flag and all of the rest of it, because NFL agreed with them. This was never the case until very recently.

President Trump rightly intuited that most NFL fans would be horrified, watching a group of spoilt brat millionaires disrespecting the country that made them rich and successful, based on spurious political objections.

Milo Yiannopoulos: America lost its freedom:  The Herland Report Scandinavian news site, TV channel on YouTube and Podcast has millions of viewers. Founded by Scandinavian historian of comparative religions and author Hanne Nabintu Herland, we feature leading intellectuals, authors and activists from across the political spectrum. The articles and TV programs are to be used as pieces of information that should be considered as part of the bigger picture when seeking to acquire a full overview regarding a specific subject. Subscribe to YouTube interviews with thought leaders here!

Milo Yiannopoulos: America lost its freedom: Trump successfully intuited that this would not go well down with fans, but what that demonstrated is that the public and Trump are on one side of the debate – and people like me and others, and us – are on the other side.

You don’t just have government anymore, you have big business, the Academy and the entertainment industry, all the huge institutions of civil society, of soft power – all lined up on the pro-war, pro-globalist side of the fence. This is what Trump correctly identified in the last election.