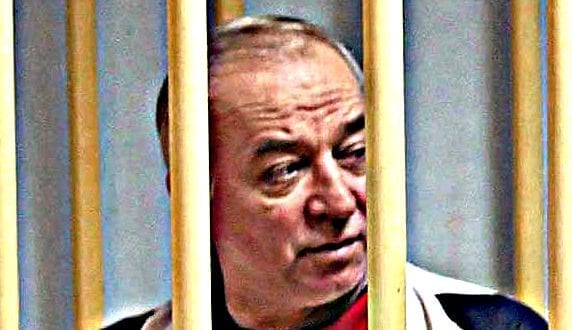 Herland Report: Frankly, the current British effort to slam Russia is turning into a comedy.

The British should return to their roots and search for better script writers than in the current Skripal Circus case.

Sergei Skripal Circus is British Comedy: Watching how UK Prime Minister Theresa May, only hours after the poisoning of Sergei Skripal and his daughter accused Russia in the House of Commons of “unlawful use of force on British soil,” way before an investigation even was properly under way, is most conspicuous.

Foreign Secretary Boris Johnson quickly stated that “it is 98 % overwhelmingly likely that Russia did it” and has since held speeches all over Europe repeating the claim.

Again, everyone knows that the investigation hasn’t even started properly yet, let alone concluded.

Then we were told that the UK will not attend the Olympics this year, and Johnson agreed that the World Cup should be rebranded “The Hitler Olympics of 1936“.

Again, all this is stated long before the investigation has even begun and months before it would be concluded. So nobody actually knows who did it.

To add to it, the Russian Embassy in London has been denied access to the findings of the investigation, which is, by the way not done by an independent agency.

May, who could not even take the time to visit the Grenfell Tower fire tragedy where over 70 were killed in the fire back in June, 2017, none the less instantly took the day off to visit Salisbury where double agent Skripal apparently had his apartment, posing for photos with a clenched fist, confirming – again, months before the investigation is finished and facts are on the table – that “it is highly likely Russia did it”.

Sergei Skripal Circus is British Comedy: Is there actually anyone who does not understand that this is one of the regular high profile, false flag operations?

What is the gain for Russia in poisoning a man who is of no use to them?

Which Prime Minister and Foreign Secretary would state such claims before a case was even investigated, expell diplomats, force 16 European countries to do the same, call the World Cup for Hitler’s 1936 and make all kinds of jokes about it in British posh parties (Boris Johnson)?

Nobody is saying that Russia does not have spies in Europe, but scripts like the Skripal story are just too much for anyone to believe.

If we are to trust the British’ claim that Russian spies are everywhere, trying to “take over the hegemony in the West”, at least provide some better proof than this.

Someone should get a better script writer. This is not in line with the greatness of the old British Empire. We want to believe the British, they are normally quite good. The current desperation becomes too much.

Maybe it is time to understand that the whole world except the British and Western mainstream is aware of the following, as well stated in the Global Times:

Over the past few years the international standard has been falsified and manipulated in ways never seen before. The fundamental reason behind reducing global standards is rooted in post-Cold War power disparities.

The US, along with their allies, jammed their ambitions into the international standards so their actions, which were supposed to follow a set of standardized procedures and protocol, were really nothing more than profit-seizing opportunities designed only for themselves.  These same Western nations activated in full-force public opinion-shaping platforms and media agencies to defend and justify such privileges.

As of late, more foreign countries have been victimized by Western rhetoric and nonsensical diplomatic measures. In the end, the leaders of these nations are forced to wear a hat featuring slogans and words that read “oppressing their own people,” “authoritarian,” or “ethnic cleansing,” regardless of their innocence.

It is beyond outrageous how the US and Europe have treated Russia. Their actions represent a frivolity and recklessness that has grown to characterize Western hegemony that only knows how to contaminate international relations.

What Russia is experiencing right could serve as a reflection of how other non-Western nations can expect to be treated in the not-to-distant future.  Expelling Russian diplomats simultaneously is hardly enough to deter Russia. Overall, it’s an intimidation tactic that has become emblematic of Western nations, and furthermore, such measures are not supported by international law and therefore unjustified. More importantly, the international community should have the tools and means to counterbalance such actions.

The West is only a small fraction of the world and is nowhere near the global representative it once thought it was.  The silenced minorities within the international community need to prove just how deep their understanding is of such a realization by proving it to the world through action. With the Skripal case, the general public does not know the truth, and the British government has yet to provide a shred of evidence justifying their allegations against Russia.