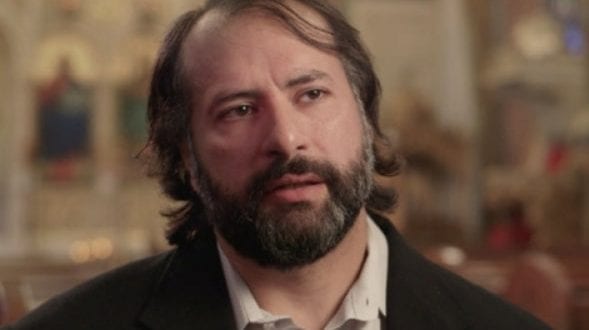 Herland Report: Raymond Ibrahim’s Sword and Scimitar is a history of landmark battles between Islam and the West. eight representative engagements across time and space from France to the Middle East, and over a millennium from 636 to 1683.

The study is first and foremost riveting military history.

It offers blowby-blow concise accounts of the eight battles, and interprets them in the context of the times—or rather, takes seriously what contemporary leaders claimed were their intentions and how they worked out their strategies, writes Victor Davis Hansen in the foreword.

Sword and Scimitar is first-rate military history and a product of solid scholarship and philological research.

It characteristically offers candid appraisal of a rivalry that has now taken on quite different incarnations and played out on different fronts—from contemporary immigration to terrorism—but still in many ways remains an ancient existential struggle nonetheless.

Sword and Scimitar is first-rate military history and a product of solid scholarship and philological research. It characteristically offers candid appraisal of a rivalry that has now taken on quite different incarnations and played out on different fronts—from contemporary immigration to terrorism—but still in many ways remains an ancient existential struggle nonetheless.

Such a first-hand approach requires extensive work in untranslated Arabic and occasional Greek sources, as well as a general background in comparative military history.

For example, in his discussion of the pivotal battle of Yarmuk (near the current Syrian and Jordanian border), Ibrahim—who previously worked with various languages and manuscripts at the African and Middle Eastern division of the Library of Congress in Washington, D.C.—marshals together a diverse body of sources to offer a more accurate reconstruction of the battle that makes sense of how the numerically superior Byzantines suffered such an inexplicable and catastrophic loss.

Beyond its value as a meticulously researched chronicle of the major (and many minor) engagements between Islam and the West, the book advances larger cultural and religious arguments.

Instead, Ibrahim’s evidence reveals certain recurring themes about the interaction between Islam and the West—an entity rarely any more defined as Christendom—that are presently either often ignored or underappreciated.

First, in most cases Islamic armies saw themselves as expansionary and messianic, eager to engage the West and annex its territory and convert its people. Inasmuch as Western armies were on the offensive, it was in the context of their belief that they were reclaiming areas of the Middle East, Northern Africa, Southern Europe, and Asia Minor that had been Roman or earlier belonged to the Hellenistic Greek world for over a half millennium before the birth of Islam.

This may seem a self-evident point, but Ibrahim locates the tensions in the context of the times, in which Muslim forces at least saw themselves as absorbing formerly Westernized states and Western armies saw themselves as retrieving land that had been Roman or Greek for centuries.

Second, while there were localized and intramural political and tribal rivalries, Muslim armies went to war against the West more often as religious rather than as national or ethnic forces, and their warring against the Westerners was so seen as mostly a monolithic struggle against Christendom rather than particular European states. In turn, Western armies, while fragmented and marked by factions and political rivalries, still saw their common bond of Christianity as the only way to unite to fight off Islam.

Again, respective religious chauvinism seems another obvious observation, but quite often contemporary historians have tried to downplay any notion of a religious “clash of civilizations.”

In this context of religious tensions, Ibrahim often investigates diverse epochs and cultures rarely associated with the traditional theaters of conflict between Islam and Christendom, such as the lasting bitterness that followed in Russia from the so-called years of the Tartar yoke, and the Ottoman impediments to overland trade from Europe to the East that were catalysts for the Portuguese and Spanish voyagers to the New World, who initially had sought ways to squeeze Islam from both the West and new outposts in Asia.

Third, Ibrahim sees a continuity between past and present; that is, Muslim religious leaders and jihadists have characteristically seen Christianity as both antithetical to the Islamic world and inherently ripe for conquest or conversion.

Westerners, in turn, have likewise over the centuries concluded that Islam was inconsistent with Christian values, and have seen tension and conflict rather than conciliation and peace as the more normal state of affairs. If current Islamists reflect age-old antipathies—compare the messaging of the Islamic State, their zealotry intentionally patterned after the dogma of their predecessors—so too Western reactions to them are far from sudden outbreaks of prejudice and xenophobia, but rather the self-defensive mechanisms of nearly 1,400 years.

Similarly, Ibrahim goes to some length to highlight little known methodologies of Muslim historiography—either due to linguistic difficulties or because criticism of them is considered politically incorrect. His critique is not that Muslim historiography is necessarily more or less reliable than Western sources of past conflict.

Rather, Ibrahim argues that study of the craft of Muslim historians reminds us of how the Islamic world’s account of religious tension with the West is remarkably consistent across time and different from the Western approach.

Fourth, often Muslims enjoyed as much, if not more protection living in Christian lands than did Christians in Islamic lands—and often without special taxes and levees predicated on their non-Christian status. In his descriptions of these battlefield collisions, Ibrahim demonstrates an asymmetry that is not just culturally relative, but instead reveals absolute different notions of forbearance.

His point is not that Christians were saints and Muslims sinners, but that over the centuries, and with ample moral latitude given to the times, there was less of a Sermon on the Mount tolerance inherent in Islamic fundamentalism than in its Christian counterpart—and such antithetical customs were apparent before, during, and after battle with obvious ramifications for eventual outcomes.

Sword and Scimitar is first-rate military history and a product of solid scholarship and philological research. It characteristically offers candid appraisal of a rivalry that has now taken on quite different incarnations and played out on different fronts—from contemporary immigration to terrorism—but still in many ways remains an ancient existential struggle nonetheless.