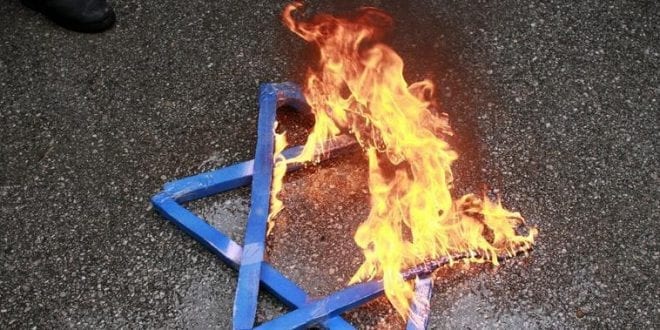 Herland Report: Labour party leader, Jeremy Corbyn is named by The Simon Wiesenthal Center as the top anti-Semitic person for 2019, accusing him of allowing a massive rise in anti-Semitism within the ranks of the party and of being an anti-Semite.

Shocking Labour leaks recently showed how the party pretends to deal with antisemitism,  yet allowing individuals who say “Jews should be exterminated from the planet” to remain in the party for months, as reported by Times of Israel.

“No one has done more to mainstream antisemitism into the political and social life of a democracy than the Jeremy Corbyn-led Labour Party,” Rabbi Marvin Hier, the head of the Los Angeles-based Simon Wiesenthal Center, told the British Daily Mail.

Jewish groups across the UK are distraught by the prospects of Corbyn in 10 Downing Street, as the British elections are approaching on December 12.

A top leader and an effective number 2 of Britain’s Labour party, John McDonnell, has apologized in a BBC interview Sunday for “the suffering we’ve inflicted” on the British Jewish community and admitted that the anti-Semitism scandal rocking the party could affect its prospects in the country’s December 12 general elections.

This came in response to the new secret files that have emerged, that blow apart Labour claims that anti-Semitism is dealt with by ‘suspending or expelling’ members.

Days before the UK election, report states that over 130 unresolved cases still linger and Labour members are not expelled or suspended, but remain in the party for months, some only leniently repremanded for horrifying comments about Jews.

Labour members stay in the party for months after such statements, or are given remarkably lenient punishment and remain members. The leaked Labour documents showed that half of the cases, around 50 incidents, in the year 2018-2019 ended with no punishment for the anti-Semitic comments, or just a warning.

Previous NEW Horrific Anti-Semitism in Jeremy Corbyn Labour, did little to stop it
Next The Left no longer works for the Working Class, fights for Globalists