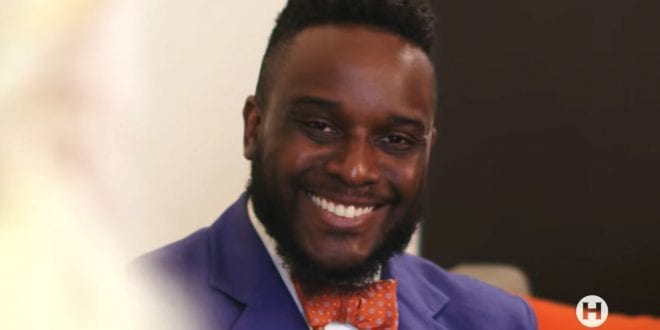 The Herland Report TV (HTV): “CNN, regardless of what President Trump does or says, they merely exacerbate his flaws. So, if the financial market performs well, very little of that is reported,” says the founder of a U.S. based public relations and marketing consultancy, Woodley Auguste in this new Herland Report show. “It is merely whatever Trump may have said on Twitter or some policy that may have affected a specific group that may be considered marginalized, that will be played up all the more, in the hope of changing the perception of what the President can and is doing, affecting the executive branch of government.”

And it is quite a puzzle.

the President does, however the economy improves with unemployment rates lowest in 50 years, the “Russia collusion” turning out to be a hoax, still the US mainstream media continues with its seemingly endless slander. Woodley Auguste explains why.

Woodley Auguste is a seasoned professional with over 15 years experience, an American PR guru who has publicized or overseen the marketing of numerous promotional campaigns including 12 New York Times bestsellers and the million copy best-selling books.

He states: “What’s taking place is that we are reverting to tribalism. It is vastly more important to talk about “my tribe” versus the whole nation.”

“What’s taking place is that we have seen in just the past 10 years a real pivot from the values of American exceptionalism.”

“Many of those things that have been integrated into society where we once thought we have arrived at the pinnacle of post racism, where we now have a black president, President Obama, and that there was going to somehow become a utopia and we have all realized as they say here in the US, the emperor has no clothes.”

“It’s a fallacy. There are many problems that are present and now people are much more cognizant of that because unfortunately, those problems are beginning to surface all the more, where there is a level of unrest and distrust for not just political office, but also the media.”

“The things that we are hearing where there is a political correctness that’s exemplified, where it’s taboo to say and speak truth. In America, we no longer simply say – I am an American. It’s more about race now, that is the problem.”

“We only look at it through the lenses of “who am I, what color am I”, what’s my income level, what’s my background and that is all we are interested in, worrying specifically about “my group of people. As long as they fit with my desire – gender, race etc. – then I could care less about anyone else.”