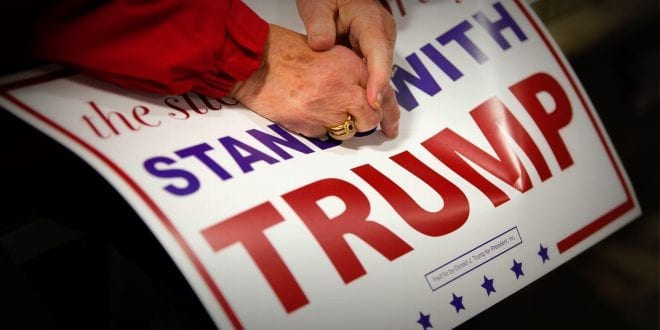 Herland Report: Over 70 % in US/UK say the Media lies. The numbers are remarkably high: Two-thirds of Americans say that they do not believe what they hear in the mainstream media to be true.

The numbers are even higher for Great Britain. This sentiment is held by a majority of voters across the ideological spectrum.

These are data from the Harvard-Harris poll and address the dramatic changes the past twenty years. One of the factors is the introduction of the internet as a new source of information.

The full range of blogs and cutting edge new sources for information have managed to do what few thought possible: Reach the minds of regular Westerners in such a way that they have realized that the media is the ruling elite’s main source of pushing the establishment view.

The same poll showed many believe that the media lies in its reporting on Donald Trump, which worsens the already remarkably low trust. Overall, there seems to be recurring theme that the media has lost its former high quality and journalistic standards.

The massive change in journalism and low quality may also be a consequence of the buy-up of the media by large corporations meant implementing a monopoly situation that also has hurt journalists’ ability to work independently and question more.

If profits and advertisements matters most, critical journalism may easily lose the battle in the West. Notoriously over 90 % of the American media is now owned by the wealthiest in the United States: General Electric Corporation VIACOM, AOL Time Warner, DISNEY, News Corporation and CBS.

The European segment sees much of the same decline. The confidence in UK media has also fallen noticeably:

According to communications agency Edelman’s 2017 Trust Barometer survey of 1,500 Britons, the number of people who said they trusted British news outlets at all fell from an already low 36% in 2015 to a mere 24% by the beginning of 2017.

The 2017 Digital News Report from the Reuters Institute, published in June, found that just 41% of British people agreed that the news media did a good job in helping them distinguish fact from fiction.