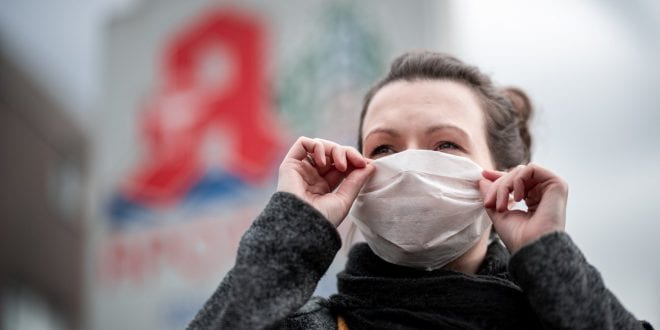 Seasonal flu kills many more than Covid-19, yet nobody talks about it

650 000 people die yearly of a regular influenza, according to the WHO. So far, approximately 100 000 have died with Covid-19. Even the Italy numbers for Covid-19 are lower than regular influenza death rate for Italy. More details below.

Let us therefore look at some numbers, also for malaria, HIV and other illnesses, writes historian of comparative religions, author and founder of The Herland Report, Hanne Nabintu Herland.

Seasonal flu kills many more than Covid-19:  650 000 people die yearly of a regular influenza, according to the WHO.

Seasonal flu kills many more than Covid-19:  Compared to Chinese numbers from Corona, the 2018 US influenza was much more pandemic. Yet, no media pumped that story up back then.

Why was the media silent then and roaring now? Can WHO downplaying numbers and later posting alarming reports have anything to do with it?

Seasonal flu kills many more than Covid-19:  As pr March 25, 21 297 deaths globally were attributed to Corona while 113 034 deaths in the same time span happened because of a regular seasonal influenza.

Pr. April 6, the number of deaths attributed to Corona have risen to 70 000, still far less than the regular flu this year. This must be seen in one large context as previous pandemics.

With reference to the numbers of dead from regular influenzas in 2019-2020, regular flus have so far killed many more than the Corona virus.

In this period 68 000 deaths in total were attributed to influenza epidemics, Italy showing a higher mortality rate among their elderly than the rest of Europe. The highest number of yearly influenza caused deaths in this period was 24 980 in 2016-2017.

Seasonal flu kills many more than Covid-19:  The Covid-19 as especially contagious and a harsh variant, the number of deaths still seems to be within the norm, but on the high side.

The need to protect those who are prone to die with the virus, such as those with several other diagnosis is vital.

Yet, our national leaders chose to adhere to the unprecedented panic over a bug to the point that they chose to shut down Western national economies, causing the largest financial break-down in a century or more.

Seasonal flu kills many more than Covid-19: Microsoft founder and one of the world’s richest men, Bill Gates is the corporate private owner who is now the favored “expert” explaining how pandemics work in Western media. Needless to say, Microsoft soars at the moment as everyone is at home. If Gates presents a vaccine, he is also set to gain enormously.

With Bill Gates as the trusted analyst, the microbiology scientists at the forefront of immunology and virus research are not heard.

In the same time span, 250 000 died from suicide. No alarm from the WHO on these numbers.