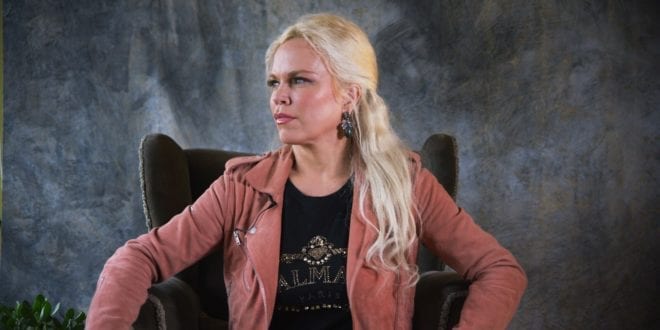 The belief in Modern Science as New Religion – Hanne Nabintu

Herland Report: In the 1800s, empiricism became a popular way of examining the world, according to the observable by the human eye. Auguste Comte declared that the only matter we may know as “facts” are those derived from human experience.

It was a good method in natural science, mathematics and within other disciplines, Hanne Nabintu Herland writes for The Christian Post.

Yet, when applied to philosophy and religion – then called positivism – empiricism seemed unable to describe the metaphysical reality and the subtle inner rooms of the human mind.

Comte actually went very far in presenting empiricism as a religion and scientists as its new clergy – he boasted of this, saying he would preach positivism in Notre Dame as the only real and complete religion.

Positivism became a major atheist, philosophical fashion in the West. It formed the basis for intellectual debates. It is the politically correct paradigm even today. Today many view “modern science” and “empiricism” – the practice of basing theories on testing of data derived from human experiences – as if these are infallible, objective entities. People believe in science as though it was a new religion.

As the mainstream society seems to relentlessly pull away from the traditional, historical roots of our culture, further away from the founding Christian values, new sets of beliefs surface that attempt to take the place that Christian philosophy once had.

The blind belief in “science” has taken this role.

Yet, one hardly remembers that for example lobotomy – drilling holes into a patient’s skull – was considered “scientific” only a few years ago. In the 1940s and 50s, based on what was felt to be observable evidence at the time, drilling into the skull was thought to cure various mental illnesses.

This “scientific practice” was kept until new theories emerged that suggested other methods.

In much the same way, “freedom” has been redefined as the “right to agree” with the extreme-liberal and often anti-religious elites. If you avert in any way from that which is considered politically-correct, you are instantly abused and demonized as someone who is “opposed to freedom”.

The underlying insinuation is often that those who believe in God and strive to follow the Bible, are “regressing voices in society” and represent “old-fashioned, outdated dogmas that hinder freedom”.

It has become a totalitarian push away from the civil liberties and respect for plurality that once defined the freedom in the West. Lack of respect for others has become the ideal – rudeness is the norm and the means of coercion.

This is just an example of how the concept of “science” or “freedom” is not always accurate although it professes to be, being dependent on current trends and whatever is regarded as politically correct, depending on what is considered appropriate or not.

Let’s take a closer look at “science”. Empiricism is based on experience and these constantly change, also depending on which elements that the scientist is willing to examine. As human experience tends to be flawed, empirical studies often end up reflecting that same bias.

In social sciences, new ideas and approaches have regularly overturned old paradigms or world views. It has not happened without ongoing intellectual battles that often lasted for decades before new views won the fight.

For example, as when the philosopher and early sociologist, Auguste Comte developed empirical positivism early in the 1800s – the philosophical method that only recognized that which can be empirically verified through human experience or mathematical logic, therefore rejecting metaphysics and the supernatural.

Comte declared that the only matter we may know as “facts” are those derived from human experience. All authoritative knowledge had to be based on the experiences of human senses, interpreted through “reason” and “logic,” denying any metaphysical reality that was not observable in the physical world.

Knowledge was only attainable through empirical, testable hypothesis, which through the gathering of measurable evidence than could be called a “fact.”

In the 1800s, empiricism became a popular way of examining the observable evidence. It spread like wildfire. Now, everything was to be explained empirically, according to the observable by the human eye.

It was a good method in natural science, mathematics and within other disciplines, helping the scientist to determine, with mathematical certainty, the probability of this or that. The original idea was to establish methods by which testable hypothesis may examine the evidence in order to determine how the world works – the object of science itself.

Yet, when applied to philosophy and religion, empiricism seemed unable to describe the metaphysical reality and the subtle inner rooms of the human mind.

Comte’s positivism ruled out the metaphysical dimension in a new and starkly atheist way. His definition of “fact” denied every other reality outside the purely observable. Yet, since empiricism is to be based on human experience and knowledge, and knowledge is subjective, empiricism is actually subjectively tainted.

“Positivism” – hoping to represent that which was “positively” empirically certain – clearly should have been renamed “negativism”, taking into account how it incorporates only one part of the driving forces in man, – the observable by the naked eye.

It explains only approximately half of the evidence, and omitting the complex inner psychological and metaphysical elements in the human.

Positivism nonetheless became a major atheist, philosophical fashion in the West – it dominated the intellectuals, formed the basis for debates. It is the politically correct paradigm even today.

Melanie Phillips states in The World Turned Upside Down that scientific materialism, the ideology that aims at destroying religion by claiming to be able to explain everything scientifically leaves no role for any other kind of inquiry of the universe. None whatsoever.

Comte became the popular founder of this kind of “materialist dictatorship,” with the doctrine of positivism which hoped to replace Christianity with science. The idea was that “irrational religion” was to be replaced by “rational science,” making the scientifically provable the only truth. If it was not empirically provable, it did not exist.

Comte actually went very far in presenting empiricism as a religion and scientists as its new clergy – he boasted of this, as Phillips points out, saying he would preach positivism in Notre Dame as the only real and complete religion.

Hanne Nabintu Herland is a bestselling historian of religions and author, founder and host of The Herland Report, known from the media for fearless speech and stern criticism of political correctness.
She states that our democracies have been taken over by an extreme-liberal elite that no longer listens to the voice of the people. Her new book, The Culture War. How the West lost its Greatness, is available all over the USA and in 60 countries world wide. www.theherlandreport.com
Previous Nettserien Søstre med sexolog Beate Alstad: Hvordan lykkes med parforholdet
Next Intervju med sexolog Beate Alstad om hvordan ha et spennende parforhold