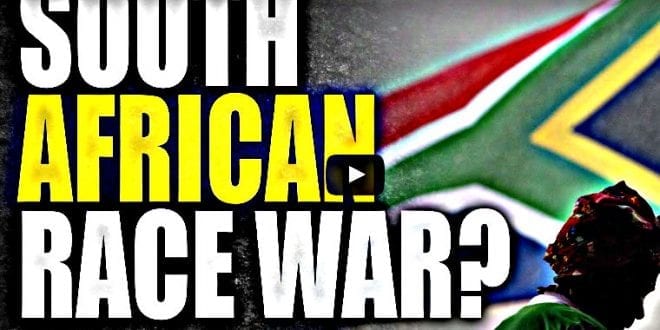 Do White People Have A Future? ANC South Africa racism

Paul Craig Roberts: Identity Politics is now the defining characteristic of the liberal/progressive/left and the political ideology of the Democratic Party.

It is an ideology of hatred preached against people whose skin is white. Identity Politics is completely inconsistent with a multicultural society, writes political economist, Dr. Paul C. Roberts.

The West used economic pressure to force South Africa to turn over the government to blacks.

The Herland Report has previously written about this problem that is hardly addressed in Western media.  The problem is ongoing and has been happening for a long time, addressed for years by numerous reports, Rebel Media, BBC documentary and Journeyman “Exodus of Fear”. The remaining white majority populations in the US and Europe are already being moved into second class citizenship. Only white people can be guilty of hate speech and hate crimes, and only minorities can be “offended.”

As white people, despite still a majority in Western countries, have already lost free speech and other rights, what prospects do they have when they become a minority?

Have the corrupt and traitorous politicians in Europe and North America who multiculturalized the Western countries set the stage for the genocide of whites? Time will tell.

The Herland Report Scandinavian news site, TV channel on YouTube and Podcasts have millions of readers/viewers yearly. It is a great place to watch interviews and read the articles of leading intellectuals, thought leaders, authors and activists from across the political spectrum. The Herland Report believes in freedom of speech and its editorial policy resides above the traditional Left vs Right paradigm which we believe has lost its relevance and ability to describe the current driving forces in Western politics.
Previous Racism in South Africa: New era of Black, not White Apartheid – Hanne Nabintu
Next Midtøsten dokumentar vises på TV i USA – JERUSALEM med Hanne Nabintu