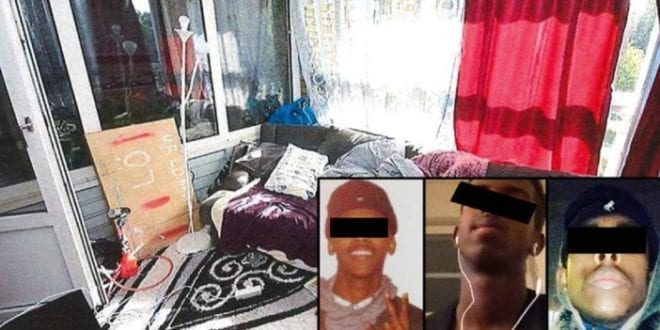 The fall of Sweden: Swedish-Somali rapists almost not punished after bloody gang rape of 13 year old

But now the court of appeals chooses to nearly halve their punishment – from eight months to four and five months of youth detention. A fourth rapist can not be punished because he is said to be “a child”.

On 14 June 2017 a 13-year-old girl was raped in a flat in Västerås. The three Somalis, reportedly born in 2000, were each sentenced in April for rape against a child to eight months of youth detention.

The court’s verdict reportedly revealed that afterwards the girl began to self harm, became cold and angry. She has missed a significant amount of school and has nightmares causing sleep deprivation. The film was spread on social media causing rumours and taunting of the girl.

The judgement was appealed and the prosecutor demanded the perpetrator be punished. Instead, Svea Hovrätt has chosen to severely lower their penalty, and furthermore, release one of the Somalis from the charge of child pornography, as it is unclear from the video if the girl has completed puberty.

Two are now sentenced to five months in juvenile detention, with the third released having served only four months.

As she cried, she was raped again while the others watched. It appeared later that two of the Somalis had filmed her as she was repeatedly raped. The videos were the strongest evidence in the case and were played during the trial, wrote Sweden’s Television.

The court documents show that all three convicted men have dual citizenship in Sweden and Somalia, meaning they can not be expelled to Africa. The fourth person was registered as under 15 when the crime occurred will not be punished. The Herland Report Scandinavian news site, TV channel on YouTube and Podcasts have millions of readers/viewers yearly. It is a great place to watch interviews and read the articles of leading intellectuals, thought leaders, authors and activists from across the political spectrum. The Herland Report believes in freedom of speech and its editorial policy resides above the traditional Left vs Right paradigm which we believe has lost its relevance and ability to describe the current driving forces in Western politics.
Previous Low Intensive Civil War in Sweden: All you read about Sweden is true – Gustav Kasselstrand
Next TransTyranniet: “Transaktivisme er kvinnehat i Drag” – Kari Jaquesson