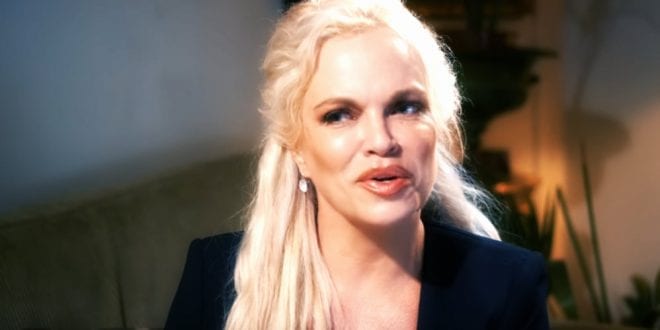 Herland Report: The neo-Marxist New Left 1960s revolution: These days universities are the main halls of the neo-Marxist, progressive propaganda that engulfs society and tears down Western stability.

It has become a worldwide tendency for neo-Marxist socialists to team up with the 1 % richest capitalists in the world.

This is where students learn not to think freely, not to respect the historical traditions that built the West as a strong civilization.

Universities are rather where the young are taught how to become obedient to the elites who seem to aim at destroying diversity, plurality and the respect for religious freedom, writes historian Hanne Herland at The Christian Post, USA.

For the New Left, neo-Marxist to win the culture war, it was vital to discriminate against the majority views, push for minority take over. Divide and Conquer.

How the neo-Marxist New Left destabilized the West: We have largely completed the Karl Marx objective in The Communist Manifesto from 1848, namely, to “melt the solid into air.”

The bourgeoise Marx, who portrayed himself as proletar, the father of Marxism, opposed the feudal, landowner structures in the class struggle he is so famous for.

A revolutionary bourgeoisie was idealized, in a sense, as a means to override the much criticized feudalism with a new class.

This new class were to take control both over the economic structures, the political power and the nation state.

The neo-Marxist New Left 1960s revolution: It is precisely what culminated in the implementation of the 1960s New Left social revolution, in which traditional values were abolished and a new set of atheist ideals implemented.

The Christian-Jewish commandments were scrapped, the very values that once made the West great.

These ideals emphasized trustworthiness, honesty, fidelity, personal responsibility, humility, moderation and “to love one another”.

Selfishness was regarded as a vice, hedonism as a flaw, the very ideals hailed as the road to atheist freedom today.

Marriage as a vital institution in society was dropped. Hedonism and the pursuit of pleasure implemented as well as the surge for legalizing drugs.

Which fitted, by the way, the capitalists who could pursue the billion dollar drug industry with the help of the neo-Marxists.

The neo-Marxist New Left 1960s revolution:  Personal responsibility was swapped in the 1960s with a strict belief in the state: It was now the state’s responsibility to make sure everyone were doing fine.

Who says you should not steal? Not lie? Not covet that which is not yours? Desire your neighbor’s wife and pursue her?

What is loyalty, fidelity, prudence, patience, humility, reverence of God nowadays, but despised values regarded as old-fashioned relics from a pre-hedonist era we do not want to be associated with.

It is engrained in the socialist world view, as defined by the neo-Marxist founding father of the student revolutions in the 1960’s, Herbert Marcuse:

For the New Left neo-Marxist to win the culture war, it was vital to discriminate against the majority views, push for minority take over. Divide and Conquer.

The neo-Marxist New Left 1960s revolution:  In the commotion that follows, the Identity Politics and one million minorities all screaming higher than the other, socialism will rule through strong state control, forcefully unifying society in one opinion, one voice, one state and one religion: atheism.

Marcuse’s illiberal words reveal the authoritarian New Left pursuit, stating that repressing the worldview of the majority is necessary in order to achieve the desired goal of breaking down the Western value system.

We have lived through the implementing of this strategy the past 40 years, and the West has not exactly become the atheist utopian society that the neo-Marxists projected.

With the back bone of traditional values, virtues and morality in the West broken, we stand more divided than ever. Was that the intent? Probably. Or, if this is better or worse: an undesired effect of implementing idiot neo-Marxist strategies?

Many argue that the social upheaval we see today, based on divisions along ethnic, religious and gender lines, originate from the lack of historical values that once made the West a great civilization. And who exactly robbed of that?

The neo-Marxist revolution in the 1960’s. Or, at least, that’s when it materialized full blown in the public.

We could need a dosage of Christian philosophy. We could take a break from the total propaganda of the neo-Marxist philosophy (Identity Politics, Derrida’s deconstruction, Marcuse’ value and sexual revolution,  Yet, there is little talk of how we may love one another, how to mend the hatred, how to respect differences.

Increasingly, debates are no longer as free and open, the university campus becoming an arena of a strict authoritarian push against free speech and the respect for diverse opinions.

Previous Israel and Aid Dependency in Gaza: The never ending need for hand outs from the West
Next Robert Steele interviews Hanne Herland on her book New Left Tyranny and why Values Matter