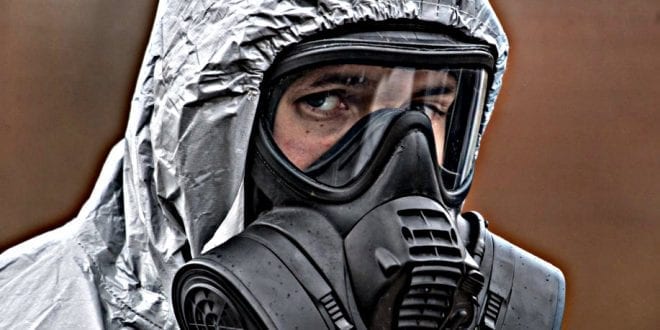 The Sergei Skripal and the new Novichok Affair: Simply No Proof

Herland Report: The Brits have not solved the Sergei Skripal case. There was massive media coverage over Russia as the culprit, but no proof presented as of yet.

The Skripals are by now out of the hospital, but conveniently blocked off from the public. Boris Johnson resigned, yet no one knows what really happened.

Before the World Cup, UK government officials even suggested it would be dangerous to go to Russia for the World Cup, “since Russia poisoned Skripal”. Yet, now, all we hear is cheers for the teams. The World Cup is hailed by everyone. Read Dr. Ludwig Watzal’s analysis of yet another element in the political riddle:

There was another Novickok attack on a couple that was found unconsciously at their British home in Amesbury, UK, close to Salisbury where the Skripals were found sleeping on a park bench after being attacked by a nerve agent. After leaving the hospital, the Skripals are blocked off from the public.

Just recently, another couple was found at their apartment, unconsciously. It only lasted one day that the British Home Secretary Sajid Javid called on Russia to explain what happened in Amesbury. One must rub one’s eye and ask, what’s going on in Theresa May’s United Kingdom.

The Brits have not solved the Skripal incident; they took the same line in the Amesbury affair. Perhaps the May government doesn’t have their intelligence services under control.

Already the Skripal affair didn’t make any political sense. To blame Russia and Putin for the attack seems to be a diversionary maneuver to boycott the World Cup.

The new staged affair aims at Russia’s possible win of the World Cup. The West wants to spoil, at least emotionally, Russia’s success of hosting the world as a guest among friends.

The German media are extremely biased towards Russia. Most of the reporting was negative. Instead of talking about Russia’s enormous achievements to host the world’s best football teams, the German newspapers wrote about corruption, doping and their like.

After Germany failed, the German TV-commentators had nothing better to do than talking about Russia’s shortcomings instead of criticizing German Team Couch Loew’s miserable team performance. Immediately, the mainstream media swayed into an anti-Russian mode. This anti-Russian mode will presumably pick up the pace after the Brits try to blame this newly staged incident again on Russia.

Instead of resigning immediately, the German couch Loew stays on such as Chancellor Angela Merkel who is hard-pressed not only by her coalition partner, the Christian Social Union, but also by the opposition parties.

Merkel is isolated among the European Union member states that hold her responsible for the division of Europe because of her irresponsible and anti-constitutional immigration policy.

What works best in the West is anti-Russian propaganda. Now the Brits are constructing a case that the couple might have come in touch with a container in which Novichok was brought to Britain. Isn’t it very strange that the new incident just happened a few miles away from Salisbury? Just aside Salisbury there is a British chemical factory that produces Novichok itself.

So far, the British government has not presented any evidence of the first Novitchok attack against the Skripals not to speak of the new incidence.

Nonetheless, the media has already stigmatized a foreign enemy. Instead of asking questions about the role of their own intelligence agencies or the involvement of foreign ones, in the end, Russia will be the perpetrator. The Brits are using a cookie-cutter approach; ‘You just have to repeat a lie often enough, and it becomes the truth.’

Haven’t MI5 and MI6 a vast criminal record, not to speak of the CIA, the Mossad, the French and the German secret services? But for the Western media, these institutions are sacrosanct, although they are criminal by definition.

This time, the staged coup by the British government will not garner any international support like in the made-up Skripal affair. If the media delivered the goods, they would show up for this fraud. But the media in the Western world have a very closely related relationship with the ruling classes, they support and legitimize their positions. Like in the new Novichok affair, the truth is relative, pick one that works.