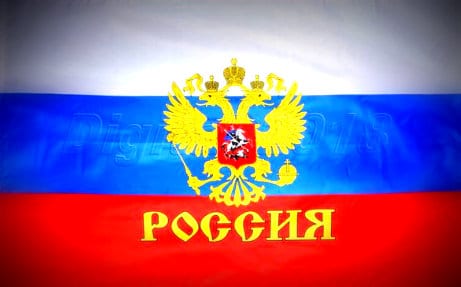 The three purposes of the successful RussiaGate – Paul C. Roberts

Herland Report: Russiagate has three purposes. One is to prevent President Trump from endangering the vast budget and power of the military/security complex by normalizing relations with Russia.

Another, in the words of James Howard Kunstler, is “to conceal the criminal conduct of US government officials meddling in the 2016 election in collusion with the Hillary Clinton campaign,” by focusing all public and political attention on a hoax distraction.

The third is to obstruct Trump’s campaign and distract him from his agenda when he won the election, writes Dr. Paul C. Roberts.

Hillary’s criminal conduct and the criminal conduct of the CIA, FBI, and Obama Justice (sic) Department that resulted in a variety of felonies, including the FBI obtaining spy warrents for partisan political purposes on false pretexts from the FISA court, were swept out of sight by the Russiagate hoax.

The Mueller report was written in such a way that despite the absence of any evidence supporting any indictment of Trump, the report refused to clear Trump of obstruction and passed the buck to the Attorney General.

In other words, Mueller in the absence of any evidence kept the controversy going by setting up Attorney General Barr for cover-up charges.

It is evidence of Mueller’s corruption that he does not explain just how it is possible for Trump to possibly have obstructed justice when Muller states in his report that the crime he was empowered to investigate could not be found.

How does one obstruct the investigation of a crime that did not occur?

As Kunstler puts it, “The Special Prosecutor’s main bit of mischief, of course, was his refusal to reach a conclusion on the obstruction of justice charge.

What the media refuses to accept and make clear is that a prosecutor’s failure to reach a conclusion is exactly the same thing as an inability to make a case, and it was a breach of Mr. Mueller’s duty to dishonestly present that failure as anything but that in his report — and possibly an act of criminal prosecutorial misconduct” on Mueller’s part.

But this is not the only dishonesty in Muller’s report. Although Mueller’s report clearly obliterates the Russiagate conspiracy theory peddled by the military/security complex, the Democrats, and the presstitutes, Mueller’s report takes for granted that Russia interferred in the election but not in collusion with Trump or Trump officials.

Mueller states this interference as if it were a fact without providing one drop of evidence. Indeed, nowhere in the report, or anywhere else, is there any evidence of Russian interference.

Mueller simply takes Russian interference for granted as if endless repeating by a bunch of presstitutes makes it so. For example, the Mueller report says that the Russians hacked the DNC emails, a claim for which no evidence exists. Morever, it is a claim that is contradicted by the known evidence.

William Binney and other experts have demonstrated that the DNC emails were, according to their time stamps, downloaded much more quickly than is possible over the Internet. This fact has been carefully ignored by Mueller, the Democrats and the presstitutes.

One reason for ignoring this undisputed fact is that they all want to get Julian Assange, and the public case concocted against Assange is that Assange is in cahoots with the Russians who allegedly gave him the hacked emails. As there is no evidence that Russia hacked the emails and as Assange has said Russia is not the source, what is Mueller’s evidence?

Apparently, Mueller’s evidence is his own political indictment of Russian individuals who Mueller alleged hacked the DNC computers. This false indictment for which there is no evidence was designed by Mueller to poison the Helsinki meeting between Trump and Putin and announced on the eve of the meeting.

Indictments do not require evidence, and Mueller had none. Moreover, Mueller could not possibly know the identities of the Russian intelligence agents who allegedly did the hacking. This was of no concern to Mueller. He knew he needed no evidence, because he knew there would be no trial. The indictment was political propaganda, not real.

The myth of Russian interference is so well established that even Glenn Greenwald in his otherwise careful and correct exposition of the Russiagate hoax buys into Russian interference as if it were a fact. Indeed, many if not most of Trump’s supporters are ready to blame Russia for trying, but failing, to ensnare their man Trump.

The falsity of Russiagate and the political purposes of the hoax are completely obvious, but even Trump supporters tip their hats to the falsehood of Russian interference so that they do not look guilty of excessive support for Trump. In other words, Russiagate has succeeded in constraining how far Trump’s supporters can go in defending him, especially if he has any remaining intent to reduce tensions with Russia.

Russiagate has succeeded in criminalizing in the American mind any contact with Russia. Thus has the military/security complex guaranteed that its budget and power will not be threatened by any move toward peace between nuclear powers.

The Democratic Party and the presstitutes cannot be bothered by facts. They are committed to getting Trump regardless of the facts. And so is Mueller, and Brennan, and Comey, and a slew of other corrupt public officials.

A good example of journalistic misconduct is James Risen writing in Glenn Greenwald’s Intercept of all places, “William Barr misled everyone about the Mueller Report. Now Democrats are calling for his resignation.”

Quoting the same posse of “hang Trump high” Democrats, Risen, without questioning their disproven lies, lets the Democrats build a case that Mueller’s report proves Trump’s guilt. Then Risen himself misrepresents the report in support of the Democrats. He says there is a huge difference between Barr’s memo on the report and the report itself as if Barr would misrepresent a report that he is about to release.

Length is the only difference between the memo and the report. This doesn’t stop Risen from writing: “In fact, the Mueller report makes it clear that a key reason Mueller did not seek to prosecute Trump for obstruction was a longstanding Justice Department legal opinion saying that the Justice Department can’t indict a sitting president.”

This is something Mueller threw in after saying he didn’t have the evidence to indict Trump. It is yet another reason for not indicting, not the reason. Risen then backs up his misreport with that of a partisan Democrat, Renato Mariotti who claims that Mueller could have indicted Trump except it is against US Justice Department policy. Again, there is no explanation from Risen, Mariotti, or anyone else how Mueller could have indicted Trump for obstructing what Mueller concludes was a crime that did not happen.

That the Democrats and the presstitutes want Trump indicted for obstructing a crime that did not occur shows how insane they have been driven by their hatred of Trump. What is operating in the Democratic Party and in the American media is insanity and hatred. Nothing else.

Risen also alleges that the unproven Russian hacks were passed over by Barr in his memo on the report. Not only is this incorrect, but also Risen apparently has forgot that the investigation was about Trump’s collusion with Russia to do something illegal and the investigation found that no such thing occurred.

Risen, like the rest of the presstitutes and even Greenwald himself, takes for granted that the unproven Russian hacks happened. Again we see that the longer a lie is repeated the more it becomes true. Not even Greenwald can detect that he has been bambozzled.

At one time James Risen was an honest reporter. He won a Pulitzer prize, and he was threatened with prison by the Department of Justice when he refused to reveal his source for his reporting on illegal actions of the CIA.

But Risen discovered that in the new world of journalism, telling the truth is punished while lying is rewarded. Risen, like all the others, decided that his income was more important than the truth.

. They are helping Washington destroy Assange so that their self-esteem will no longer be threatened by the fact that there is a real journalist out there doing real journalism.

Here you can see the presstitutes claiming that their lies are vindicated by Mueller’s report: https://on.rt.com/9snj