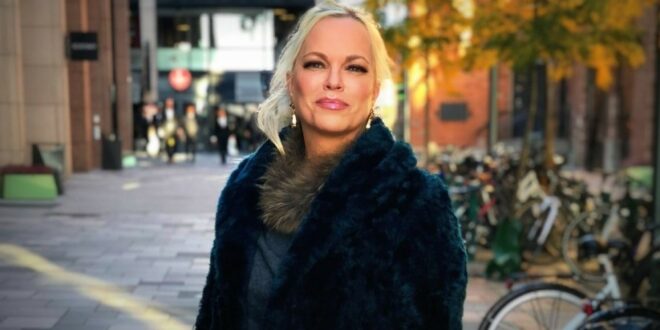 Herland Report: Totalitarian Democracy: The West is re-entering an age of totalitarianism. Freedom is increasingly defined as the right to concur with the Western hedonist elites, which implies a total revolt against historical Western values.

The enemy is now the traditional family, the majority views, respect for spiritual beliefs, natural law and the Christian-Judeo ethics as foundational values.

Just as Communism and fascism were totalitarian systems, a new version has developed in the West: A totalitarian democracy based on a Socialist ideology in bed with a non-democratically elected globalist corporate elite.

They rule the masses through propaganda control over the media and the political structures, writes Hanne Herland, bestselling author, historian of comparative religions and founder of The Herland Report in her regular column in World Net Daily, one of America’s leading Conservative outlets.

Today, socialism works excellently with the globalist corporate elites and help both achieve their goals.

Totalitarian Democracy: With the break-down of national borders, the tax-exemption of global companies and lack of redistribution of wealth, the transnational economic elite amass enormous power to themselves; and succeed in keeping the people subdued – much like in the old Soviet Union.

If you disagree with the left-wing Liberal agenda, you are instantly demonized as “enemy of state”, racist, misogynist, male-chauvinist and so on. Freedom of speech belongs only to those who concur with the globalist narrative.

The political goal in totalitarian democracies becomes for citizens to unite and agree; express themselves in a mainstream unison.

Peer pressure becomes the very method for the new corporate elite to keep the people confused and unable to react as they slowly are deprived of their rights. In this system, control over the media is crucial as political pressure is placed upon its citizens to conform to political correctness.

Today, socialism works excellently with the globalist corporate elites and help both achieve their goals.

A strong state is needed to uphold control over citizen behaviour, primarily as seen in Europe, through state employment and control over what is published in literature, the media, publishing houses, academia.

The state ruled system also becomes the new source of morality, as the 10 commandments and its Constitutions are thrown out the window. It opens up for the carte blanche needed in order to rob the people of their national wealth.

The underlying Marxist dream has always been that once the “workers unite,” lose their religion and become one with no more national borders, justice will be served for all.

This has been the utopian dream of left-wing Europeans for a long time, displaying the naïve belief in “the people”, not acknowledging their need for good leadership.

Few systems have developed more tyrannical ruling elites than the countries with strict state rule, such as in the old Soviet. With the people silenced, the establishment may do almost anything.

At the heart of totalitarian Socialism is the requirement to agree with the state appointed consensus. Sadly, we have seen this before.

Intellectuals who disagreed with the NAZI party ideology lost their jobs, were thrown in prison. Fear permeated the public, and the people confirmed to the Socialist standards of total obedience to the “state elite” political correctness.

The French philosopher, Alexis de Tocqueville feared the decay of democracy under strong state rule. He claimed strict collectivist discipline is far worse than the most blatant stupidity of the traditional, pre-modern social structures; that modern democracies may become worse than any previous forms of government if allowed to develop into an authoritarian system of conformity.

Tocqueville believed that when democracy sacrifices its historical ideals, it may easily be reduced to the opposite of freedom – as it turns into a tyranny of the mob.

Democracy without the respect for liberty and diversity is like Capitalism without the Protestant ethic.

When trustworthiness and honesty no longer is an ideal, narcissism and lack of solidarity become legitimate ways of life. Under such conditions, “democracy” itself becomes a path towards the abuse of liberties, its leaders the new lords of modern feudalism where the population form the slave-vassal class.

The current development in the West constitutes a dramatic departure from classic democracy. To a horrifying degree, we now see the new generation formed in a Brave New World Aldous Huxley system, subdued by propaganda, they hail their new slavery as freedom.

Harvard professor Harvey Mansfield calls it “soft despotism,” claiming that the effects on the individual under a soft tyranny are just as hard to bear as the lack of freedom under any dictatorship.