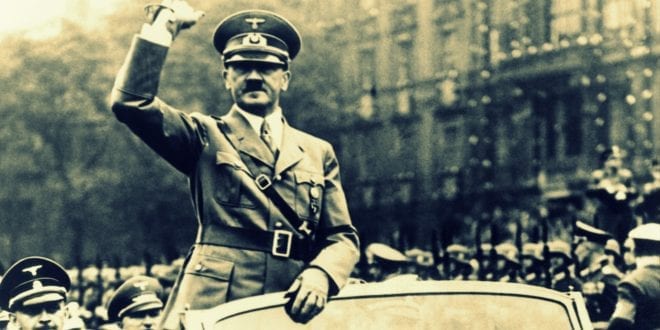 It explains how the neo-Marxists are in the process of destroying the West.

WND Editor’s note: At the very pinnacle of economic crisis, bestselling author, historian and WND columnist Hanne Nabintu Herland is out with a book, “New Left Tyranny. The Authoritarian Destruction of Our Way of Life.”

“New Left Tyranny” shows how the neo-Marxist New Left turned their back on historical Western principles and became a destructive authoritarian force.

By systematically attacking traditional values and inciting hateful Identity Politics, along with abandoning the working class, they created a dysfunctional society.

It is characterized by social anarchy, selfishness and a lack of personal responsibility.

No system has been better at quenching diversity, plurality and respect for difference of opinion than socialism, a derivative of Marxism.

There is no better way for controlling the population than installing socialist group think and a totalitarian fear for the state.

It is the perfect tool for the globalist new world order when they are able to establish control over the nation-state income.

In the US, buy New Left Tyranny here! In the UK, Europe use this link or browse for the book on the regional Amazon portal in your country.

Communism, Marxism, Socialism, National Socialism and neo-Marxism as found in the 1960s New Left are all variations of the same ideology.

Somehow someone forgot to mention that National Socialism was socialist. It was a left wing ideology with very low tolerance for diversity. Just read Hannah Arendt, she and many others had first-hand experience.

Hitler: “The decisive factor is that the State, through the party, is supreme over them, regardless whether they are owners or workers. All that, you see, is unessential. Our Socialism goes far deeper.”

At the time, Hitler fought Communist Russia, often referring to its ideology as the enemy, yet pure Marxist thinking influenced both ideologies.

Hitler steadily spoke about the importance of the Socialist approach in National Socialism, as the solution for Germany.

The work to feverishly erase the memory that intolerant Nazi Socialism was, in fact, left-wing, has been most successful.

This has been pointed out by many, among them author Jonah Goldberg in “Liberal Fascism.” The Nazi Party stood for a strong centralization of government and power, a rigid culture of consensus, few individual liberties and strong media indoctrination with heavy use of propaganda.

The NAZI National Socialism: The Frankfurt School philosophers such as Theodor A. Adorno and Herbert Marcuse redefined fascism and Nazism as being right wing.

In fact, the New Left apostle, Theodor W. Adorno was, according to Dinesh D’Souza, the inventor of the repackaging of fascism as a form of capitalism and moral traditionalism.

By doing so, fascism was reinvented as a right wing ideology that focused on “free markets and support for the traditional moral order,” the very two elements that true fascists hated.

In “The Authoritarian Personality” from 1950, Adorno argues that fascism is developed in young people’s attachment to religious superstition and conventional middle-class values about family, sex, and society.

In his view, clearly, those who prefer traditional values and are happy about the middle-class and like to go to church are fascists in the same definition as Mussolini.

Adorno’s sly and deceitful work was quickly embraced by radical American universities. Until this day, for example in the work of sociologist Alan Wolfe, he praises “The Authoritarian Personality” as “more relevant now” because it “seems to capture the way many Christian-right politicians view the world,” writes Dinesh D’Souza.

Again, the allegation of fascism as a right wing phenomenon, created by Adorno to hide its left wing roots.

In the US, buy New Left Tyranny here! In the UK, Europe use this link or browse for the book on the regional Amazon portal in your country.

The NAZIs completely quenched free speech, because it challenged their ruling ideology

In a Herland Report TV interview on YouTube “Totalitarianism in the West”, he states that: “Free speech is becoming associated with fascism because what free speech does is that it allows you to say something that challenges the ruling ideology.

And they don’t want to be challenged. So, to protect the ideology from challenge, they call the people telling the truth for fascists. That’s the way it works, and that’s what political correctness boils down to.”

The implication being that Hitler and all the rest were Capitalists, not acknowledging the Socialist base.

All the while, it is true that Hitler worked with the Capitalist German owners, just like Socialists today work well with the global economic elite.

The National Socialist German Workers’ Party (Nationalsozialistische Deutsche Arbeiterpartei; NSDAP) was a variety of; it is stated in its name: socialism.

It asserted, to repeat, a fundamental disregard for traditional values and the historic Constitution, relied heavily on propaganda in the media in order to control the population and administered the rise of the police state.

It also implemented the racial policy of Social Darwinism, which means the application of biological Darwinism and the idea of the survival of the fittest into social sciences, rendering the German race the highest on the evolutionary ladder.

Yet, the stated intentions were wonderful.

The elderly were to receive higher pensions, equal rights and duties for all citizens, the principle of self- determination of people, justice for all, and wage war on corrupt parliamentary administration.

The NAZI National Socialism:  Many in Germany supported Hitler for his ability to reinvent the country’s industries and bring wealth to many.

They did not sufficiently comprehend the totalitarian push in his socialism that later became so tragically prevalent.

In “Mein Kampf,” he further defined his racial doctrines and the need for mass psychology and media propaganda in order to implement his ideas and have a willing population hail his efforts.

Hermann Rauschning, National Socialist President of the Danzig Senate in 1933-1934, wrote in “Hitler Speaks: A Series of Political Conversations with Adolf Hitler On His Real Aims,” that Hitler said:

“Each activity and each need of the individual will thereby be regulated by the party as the representative of the general good. There will be no license, no free space, in which the individual belongs to himself.”

” This is Socialism— not such trifles as the private possession of the means of production.”

“Of what importance is that if I range men firmly within a discipline, they cannot escape? Let them then own land or factories as much as they please.”

“The decisive factor is that the State, through the party, is supreme over them, regardless whether they are owners or workers. All that, you see, is unessential. Our Socialism goes far deeper.”

Hermann Rauschning, who knew Hitler personally, wrote in “Hitler Speaks,” a work that was first published in 1939 and has been thoroughly researched since, that Hitler felt profoundly indebted to the Marxist tradition. Hitler said that his differences with Communists were more tactical than ideological.

Rauschning’s work has, of course, been discredited by the neo- Marxists, yet remains a documentation of a man’s reflections of breaking with the National Socialist Party in Germany and his reasons why.

The point here being simply to show that Hitler spoke of Socialism as the founding ideology for National Socialism.

Hitler also spoke, as stated in the memoirs of his friend Otto Wagener “Hitler: Memoires of a Confidant,” of the importance of ending the age of individualism and transcending into a Socialist state without revolutions such as that of Lenin.

The route of revolution quenched the educated bourgeoisie, Hitler felt, thus the need to enforce a strong National Socialist state without removing the structures of the elite. His slogan “Crusade against Marxism” may be understood in this light.

As pointed out by George Watson in The Independent, this early account of Hitler’s opinions, show that he initially believed in Socialism without civil war.

It has been quite an accomplishment by the European Left to cunningly hide the fact that Hitler belonged to the European left wing.

Hitler also deviated from Marxism by accentuating the importance of racial and ethnic heritage.

He emphasized nationalism – the belief in the fatherland, rather than “the internationalist proletariat,” the classical Marxist ideal of a borderless, “globalist” society.

The German restructuring of its economy was characterized by the independent monetary policy of sovereign credit and the workers’ program, which gave jobs to millions of Germans post the 1929 financial crisis.

This gave Hitler a good standing as business began booming for Germany. The country had been torn to pieces economically during World War I.

During National Socialism in Germany, the industrial owners and banking system worked hand in hand with its socialist political leaders, perfecting capital gain for the rise of Germany.

Purchase a copy of Herland’s book, “New Left Tyranny. The Authoritarian Destruction of Our Way of Life.”