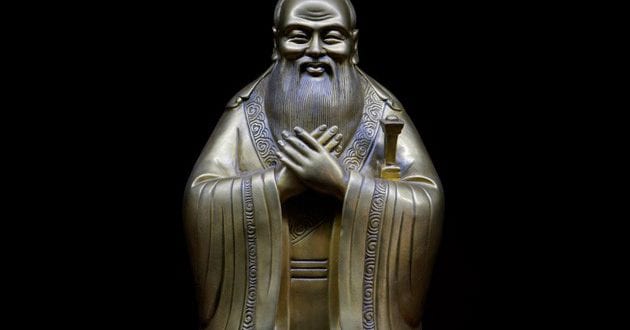 Covid-19 tilts the future toward Asia in historic tipping point

Herland Report: Covid-19 tilts the future toward Asia in historic tipping point: Test and you will find not only more Covid-19 infections, but also so wide a gap between successful responses to the virus in East Asia and catastrophic ones in the United States and Western Europe that it could be an historical tipping point.

Never mind why – that question has been the subject of much commentary and will be the subject of more. Focus instead on the number of deaths, unemployment and the progress of economic recovery, writes analyst with Lightstream Research in Tokyo, Scott Foster at Asia Times.

Even if you don’t trust China’s numbers, the figure would have to be 70 times higher to equal that of the United States on a per capita basis.

Covid-19 tilts the future toward Asia in historic tipping point: Aside from the city of Wuhan, the Covid-19 experience has been much more traumatic for the West than for East Asia.

As a result, European and particularly American economic recovery likely will be relatively slow. Wuhan, after all, is already going back to work.

At the end of April, Japanese motor maker Nidec, which has factories around the world, reported that its production had almost fully recovered in China, Taiwan, South Korea, Vietnam and Indonesia, while the Philippines, Malaysia and India were lagging.

Covid-19 tilts the future toward Asia in historic tipping point: Europe had begun a slow recovery, while the situation in the Americas was still getting worse. There was no material decline in production in Japan.

Since then, Malaysia has eased restrictions on economic activity and Japanese factories there have resumed operations. In addition, Maruti Suzuki will reportedly resume production in India this week and the Philippines plan is to start lifting restrictions next week.

In the US, meanwhile, more than 20 million jobs were lost in the month of April alone, bringing total virus-related unemployment to 26 million and raising the official unemployment rate to 14.7%.

The actual rate is probably several points higher and, according to American press reports, factories are still closing.

In response, Senate Democrats are proposing a US$3 trillion relief package, which would nearly double the $3.7 billion federal budget deficit previously expected in fiscal 2020, which ends on September 30. The deficit is headed for levels not seen since WWII.

Covid-19 tilts the future toward Asia in historic tipping point: The Democrats’ plan would include a second round of checks to citizens affected by the pandemic, a higher payment ceiling for households with dependent children, the extension of existing unemployment benefits and, perhaps, a rent holiday offset by subsidies to landlords.

This would be a big step toward a guaranteed national income and nationwide rent control. The people who need it would love it.

The young people who say they want socialism would love it. And if the Democrats win the November election, something along these lines will most likely become permanent.

Along with subsidized education and medical care, it would turn the US into a European country, focused on public welfare and redistribution rather than wealth creation by and for the 1%.

It would reverse three decades of wealth transfer from labor to capital and it would be very popular.

The Republican Party would most likely go the way of the Whig Party, which was dissolved in 1856.

American conservatives are not the only ones worried that the budget deficit is out of control, but there is not much they or anyone else can do about it. It is politically impossible to sacrifice tens of millions of people on the altar of “hard money.”  And equally difficult to cut the bloated military budget.

Furthermore, since almost all countries are in the same boat, there’s no danger of a run on the dollar in the short term.

But from a long-term perspective, the supply of dollars is going through the roof just when American imports can no longer be the engine of global economic growth and when resistance to the politically weaponized dollar and giant American tech companies is gaining traction.

Aside from reshoring medical supplies, not much is being done to rebuild America’s industrial economy.

Rather, dependence on East Asian manufactures is likely to rise while the Asian economy becomes more integrated and less dependent on America. All the dollar printing Washington DC can manage won’t change this.

Covid-19 tilts the future toward Asia in historic tipping point: Asia’s population is much larger, more disciplined, better educated and better organized than the American population.

And Asia’s economy is not only bigger than America’s, but has nearly caught up or has moved ahead in most technologies.

It would take the US a generation to reverse this trend, if it could be done at all.

The pandemic is likely to accelerate the relative decline of the US while the spend-and-spend-more mentality of American politicians eventually puts the dollar on the same road as the pound.

The British pound, we should remember, was worth $5 in the mid-1930s when Britain enjoyed full-spectrum dominance.

Scott Foster is an analyst with Lightstream Research in Tokyo.