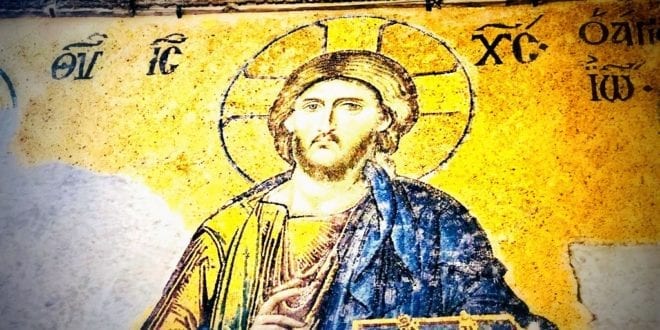 Herland Report: It is Easter. We celebrate the Easter message of Jesus Christ as he was willing to suffer an excruciating death in order to give his life for the redemption of human kind.

Those who attempt to follow Christ, are to take up their cross and follow his example in love for humanity, writes Hanne Nabintu Herland for World Net Daily, the largest conservative news outlet in the United States.

The essence of Christianity is the call to love one’s fellow beings, to set aside selfish desires in the pursuit to the best of human kind.

The fellowship of men and the bond of love is the one value upon which Christianity centers. Man is to give up his own and serve another King than himself.

The very remedy against selfishness and the sole focus on material wealth as the meaning of life, is found in Christianity. Its philosophical focus lay far from the materialism, hedonism and pursuit of selfish pleasure that engulfs the West today.

To give up the ego in order to serve others

The Easter message of Jesus Christ: This brings us to the core of what Christian spiritualism really is. Precisely the willingness to give up one’s own ego in order to serve a higher cause, is the source from which the existential inner peace flow; it is where man finds equilibrium.

It is in this position he may receive profound wisdom from God – Sofia – that guides the spiritual being to love his neighbour and forgive his enemies.

Virtues such as humility, self-restraint, generosity, compassion, moderation and selflessness are highly underrated in current-day Western society, which to a shocking degree has taught man to rebel against the order of the spiritual world.

I am reflecting on this, writing from the great republic of Turkey, in Istanbul overlooking the Hagia Sofia, one of the largest churches in the world, that became a Muslim mosque when the Christian East Roman Empire and Constantinople fell to the Islamic conquest in the 1450s.

For 900 years St. Sofia was a church, the next 500 years it was a mosque. Today only around 2000 Greek Orthodox Christians remain in Istanbul, a city of 17 million, it is said.

It was to the people that lived in Galatia, in what today is Turkey’s Anatolia region that St. Paul wrote his famous letter.

There are laws in the universe that we simply do not fully understand.

Man is too frail to grasp the depth of existence. He cannot even see through a wall. He is not able to grasp the grand scopes of reality that comprises the observable, let alone that which lurks in the darkness and moves in the spiritual world.

Be careful what you sow, because you will reap it

The Easter message of Jesus Christ:  We seem not to fully comprehend the power of the mind and the eternal weight of our own choices. You reap what you sow.

A culture reaps what it sows. There are consequences for actions.

If we grasped this, we would have been much more careful to observe how we act and strive much harder to do that which is right – to quench the ego and search for the wisdom of the Christ.

The spiritual laws of cause and effect state that we will suffer from our own choices, and may only be relieved from this suffering if we do the right thing. Yet, that takes self-discipline, hard work, perseverance and humility.

The church father, St Augustine said that the road to God is the passing through our own self-awareness. Or, in Charles Taylor’s words, our moral salvation comes from recovering authentic moral contact with ourselves.

The essence of religion is that, based on your own choices, you will consequently be rewarded or punished.

You choose which plants to plant in your own garden, in the life you are in charge of. It is your responsibility to magnify your talents to the best of your abilities and for the benefit of human kind. In Judaism, this is a religious duty.

Which seeds should we plant in order to reap a good harvest?

The Easter message of Jesus Christ: Jews often say that God created the world, but it is imperfect for the time being. It is man’s duty to help the Almighty to improve everything. Life should be spent doing just that.

It is self-evident. If you plant the seed from an apple, you will eventually have an apple tree in your garden.

At the heart of Christianity, are valid teachings that may help man choose the right seeds for his garden so that it bears an abundance of fruit.

At the centre of this is the love of God, who is the giver of power to overcome the destructive forces in the world.

Yet, the Western hedonist culture now detests its own historical roots.

We want to eat the oranges and apples, but detest the roots of the orange and apple tree. Yet, you cannot reap peace and justice as fruits of the tree if you do not respect its historical, religious roots.

You reap what you sow. You do not reap what others sow. They reap what they sow, in their own lives.

In life, each man chooses how he approaches the world and its difficulties, how he handles injustice, scorn, hatred, love, lust, temptations to do evil towards others.

[pullquote]You reap what you sow. You do not reap what others sow. They reap what they sow, in their own lives.[/pullquote]

He decides on the qualities that he wishes to pursue, those he hopes will bear good fruit in his life.

It is in his hands to decide on infidelity and deceit or – on the opposite scale: face the problems by honoring honesty, loyalty and standing up for what is perseverance and compassion.

In one of famous Madison Square Garden Crusades, Billy Graham repeats the Christian verdict by saying that the heart is the seat of a man’s conscience and light.

The Easter message of Jesus Christ:  “The Bible says that the heart of man is full of evil imagination. It says that the heart is desperately wicked. Even Jesus confirms this grim prospect and says that people honour me with their lips, but their hearts are far from God.”

“Therefore, the Christian message requires that man humble himself and seek repentance under God in order to better himself.”

Some look at forgiveness as a weakness, that to forgive means to allow him or her to take the stronger position. The opposite is the case. This is the message of Easter, of the humility of Christ as he gave up his life and we are to do the same.

Previous The Meaning of Easter: The Global Message of Love WND
Next Coercive governments and righteousness: How a Gun to the Head silences the People