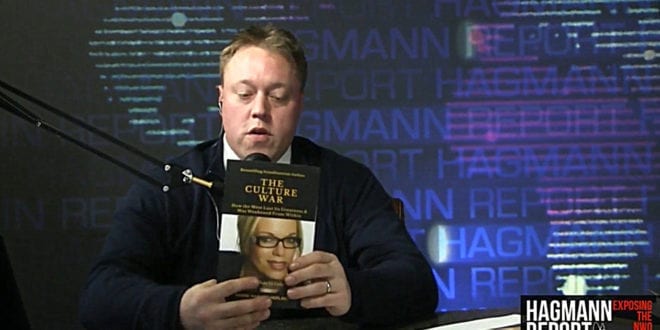 The need to strengthen traditional, historical values is more important than ever, in a time of divisiveness and upheaval.

We were touring the USA from state to state, taping new shows for The Herland Report TV, doing numerous TV shows and around 25 radio interviews.

We went as far West as Texas, visiting senator Dr. Ron Paul and The Liberty Report which airs out of the Houston area.

From there back to the East Coast and Washington, Atlanta and a number of other great American cities.

Hagmann Report with Hanne Nabintu Herland: It was great speaking to many prominent personalities, authors and intellectuals about the current situation in the US.

I focused on the divide that has come about as America has shifted its value system and from focusing on national identity regardless of race and creed, to Identity Politics.

The sharp divide that now characterizes American culture, divided along ethnic, gender and sexuality lines represents a sharp break away from the values that once made the US such a wonderful country.

Our TV channel reaches millions in Europe with a fresh outlook on world matters, foreign policy, Western decay and religion in a time where war and hatred among groups seem to characterize the West.

Watch The Hagermann Show below, as we discuss the topic  “The Culture War. How the West lost its Greatness”.