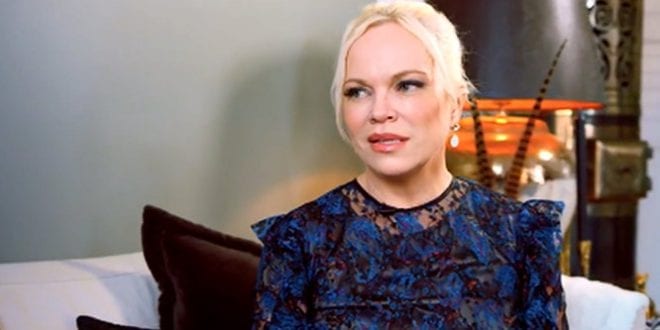 Herland Report: The scientific cure for Depression: Prayer. We live in a mainstream culture that almost completely denies the spiritual realm and its influence on human beings.

You hardly hear anything positive about religious beliefs or traditional values, for that matter.

Yet, the New Left total revolt against traditional values, implemented into our university structures, the publishing business and the media from the 1960s onward, has missed on a few marks.

You cannot tear down the very pilars in a society, causing the total break-down of the family, opening the gates for drugs, abortion and atheism, without long term effects.

The neo-Marxist radicalization of Western society since the 1960s has not led to the utopia the socialists dreamed of.

We are rather entering an age where depression, suicide and loneliness is the number one problem in the West.

CNN and the mainstream outlets chronically only address issues that fit the atheist narrative, writes historian of religions and author, Hanne Nabintu Herland in her regular column with WND, the largest conservative network in America. WND features the article in the Whistleblower Magazine.

Yet, science proves that faith has a strong positive impact on, for example, mental health. Time magazine has referred to broad international studies that confirm that spirituality can be surprisingly beneficial to your health.

In How God Changes Your Brain, psychiatrist Andrew Newberg explains how the parietal lobe, a structural area of the brain, is highly activated during prayer or meditation.

Fasting, as practiced by Muslims during Ramadan, and also by Jews, and by Christians before Christmas and Easter, has specific health benefits that can strengthen the brain’s ability to think clearly. Fasting also causes pleasant, harmonious emotions and tends to alleviate depression.

A person with psychological problems should not be seen just as a patient, but as an individual who has a body, soul, and spirit – with physical and metaphysical dimensions. A holistic approach should be applied, looking into why we get sick in the first place.

Alternative medicine could be used, homeopathic methods, acupuncture – disciplines that view the body as part of a larger system and seek to heal in accordance with the early methods of Hippocrates and others. Body and mind seem to be vastly more interlinked than many may assume.

Research on cancer also shows how vulnerable someone might become if psychological problems become too many and the person must carry the load alone.

Sarah Lazar, a neuroscientist at Massachusetts General Hospital and Harvard Medical School, has studied the benefits of spiritual prayer and tested it in brain scans.

The scientific cure for Depression: Prayer: In the 1970–90s, most MRI scanning was done to animals, not humans, as the scanning technology was developing.

Little has so far been known about neural mechanisms associated with therapeutic interventions that incorporate meditation and prayer. Scientists have, for quite some time, studied the immune system or the endocrine system and the biochemical fluids that flow through the body.

It  has long been known that the brain controls movement. What is new with cutting edge research, like that of Sarah Lazar at the Harvard Medical School, is that one now realizes that there is a lot of two-way connections, that what goes on in the body also reflects in the brain and vice versa – and that the brain can also influence the body, even on the cellular level.

In other words, what you think and how you live has direct influences on your physical body and the cellular level within it.

The Harvard Medical School study showed differences in brain volume after only eight weeks of meditating, documenting how prayer leads to increases in regional brain gray matter density, many experiencing a reduction of stress levels, anxiety, and depression.

So let’s be a bit more open minded and embrace pluralism, rather than follow the narrow-minded, regressive form of atheism that rules today’s narrative. Maybe many would find some peace in this peaceless culture.

Hanne Nabintu Herland is a historian of religions and bestselling author. She is the founder of The Herland Report Scandinavian news site, TV channel on YouTube and Podcasts which have millions of readers/viewers yearly. This is a great place to watch interviews with leading intellectuals, thought leaders from across the political spectrum. Herland’s books include Respect, Det Nye Babylon, The Culture War. How the West lost its Greatness, and her latest, New Left Tyranny. The Authoritarian Destruction of Our Way of Life is available on Amazon, Barnes and Noble, across the USA and in 60 countries world-wide. New Left Tyranny shows how the neo-Marxist New Left turned their back on historical Western principles and became a destructive authoritarian force. www.theherlandreport.com
Previous Vast difference between Conservative early Feminism and the Radical Man Hating Rage of the 1960s
Next Sex and Happiness, thoughts on Michel Houellebecq