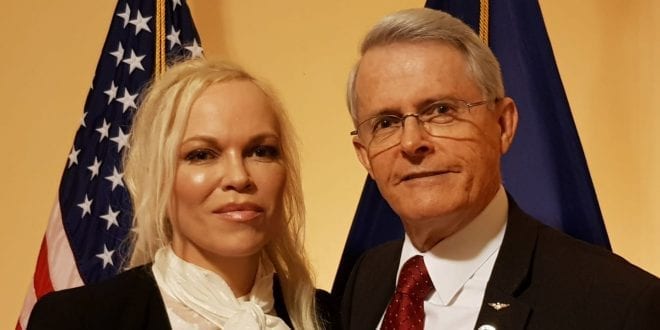 The Herland Report proudly presents upcoming exclusive interview with US Senator Richard Black. The Vietnam veteran, former US Army prosecutor and director at the Pentagon.

Colonel Richard Black, kindly allowed us to speak with him for several hours. The outcome of these conversations will soon be published at The Herland Report news site and TV channel on YouTube.

Early in 2019, we wrote that “The Herland Report had upcoming interviews with US senators, politicians, professors, former CIA directors, whistleblowers and NSA directors, leading lawyers, Judicial Watch, famous journalists and psychologists, as well as bishops, spiritual leaders and leaders from Black Lives Matter.

The analysis will present a comprehensive outlook on current international affairs in the months to come, as we strive to present in depth analysis on a variety of current affairs.

We are very thankful for the endorsement of The Herland Report from the honorable Senator, as he stated:

“I am very grateful for what The Herland Report does, for its global reach and ability to speak the truth, because we seldom hear the truth from the global, mainstream media.

So much of what they publish, particularly in the area of foreign affairs, there is so little reality, so little of genuine substance.

It is organizations like Herland Report that give some hope that the people might be informed and eventually towards a situation of peace.”

Senator Richard H. Black is a Vietnam veteran, former US Army prosecutor and director at the Pentagon.

His impressive track record covers a career as a military officer and colonel, a pilot with US Marines in Vietnam, then going through law school, working as a prosecutor with the US Army, and retiring from the military and the Pentagon in 1994.

From then on, he embarked on a political career, and became a well-respected US Senator with remarkable knowledge and understanding of the world “outside the US”.

The past year, quite some spectacular interviews with leading intellectuals, authors, psychologists and others have been published at Herland Report TV. We have a number of talks with Judicial Watch leaders, whistleblower William Binney, CIA whistleblower Robert Steele, Dr. Phil Giraldi and others. And much more to come, also Black Lives Matter leaders.

The upcoming exclusive interview with US Senator Richard Black on endless wars, globalist push for take-over, Donald Trump, the coup attempts in the United States, Yemen and more will soon be released. The Herland Report is a Scandinavian news site, TV channel on YouTube and Podcasts reaching millions yearly. We feature leading intellectuals,thought leaders, authors and activists from across the political spectrum – free from political correctness.