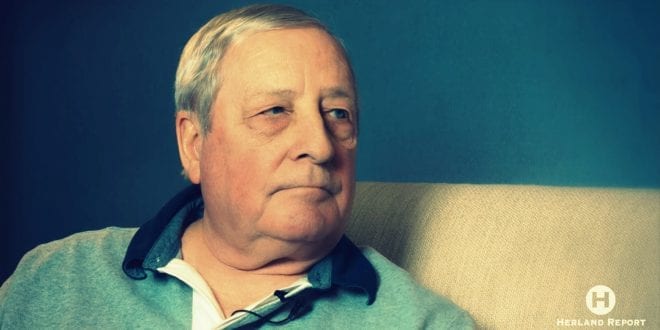 Herland Report: Hanne Nabintu Herland speaks with Dr. Phil Giraldi about the devastating effects of globalism, the end of democracy and elite rule in the West.

“This is the end of democracy. Globalism, as it is exercised by the elite establishment in many countries, have transferred wealth and political power to themselves in a massive scale,” says Dr. Phil Giraldi in this Herland Report TV show.

He is the Executive Director of the Council for the National Interest. He is a former counter-terrorism specialist and military intelligence officer in the US Central Intelligence Agency, a columnist and television commentator.

Dr. Phil Giraldi says: “The elite establishment have, under the globalist international system, essentially made it so that they are the ones dictating the interests of the various countries and what has to be done to support their own interests.”

Dr. Phil Giraldi: “It has always been a myth that there is a trickle down in economics, where when people at the top of the system make a lot of money it all eventually come down to the people below, who get a share of that. That worked when you had nation states, and industries that were local, because the money stayed locally.”

“In the globalist system today, the money does not stay locally, but goes outside the system and the people who lose their jobs, lose it forever. So, there is no more trickle down economics.”

“The money now moves off-shore and other places, and it is used to further the interests of the elites and the establishment in terms of their own interest rather than the interest of the people in that country.”

“The richest man in the world paid no taxes last year, on an income of 10 billion US dollars, Mr. Bezos who owns The Washington Post and Amazon.”

“Donald Trump saw the loss of jobs and economic viability in the communities as a problem of jobs being exported to Mexico, China. But that is not really the problem.”

“The issue is that the whole economic system is no longer national, it is a question of how the people at the top of the system manipulate the economy to benefit themselves – across national borders.”

Previous Big Pharma-Dependent Medical Professionals Are Hiding Facts on Covid Vaccine?
Next Empire spooked by peace talks in the Middle East: Saudi, Iran and the war in Yemen