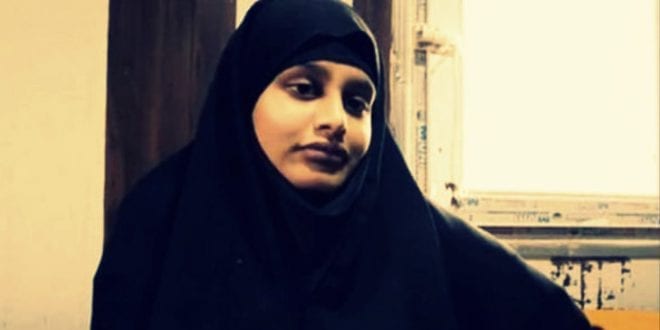 Why are we to feel sorry for ISIS brides?

Herland Report: Syria and president Bashar al-Assad is hardly mentioned anymore in the press. The mainstream media is conspicuously silent.

Embarrassingly enough, the Syrian Arab Army and its allies won the war. Damascus never fell to ISIS. There is nothing much left to say, except to see what will happen with the oil rich US held Eastern Syria.

So, the ISIS fighters are returning home to Europe and the US where they came from, now engulfed in a mainstream media sympathy for “the poor ISIS brides” who were tricked into going to the Syria war.

In Norway, the Progress Party FRP recently left the Government Coalition over the returning ISIS brides/wives.

No one conveniently mentions the ISIS fighters and their atrocities – quietly forgotten are the beheadings, Yazidi slavery, mercenaries eating the organs of slain Syrian soldiers etc. etc., hardly one of the fighters have been indicted.

They simply returned to the West in peace. Apparently, no leading media outlets investigates anything?

ISIS fighters now quietly slip back to the Western hemisphere, safely under the radar, as the media efficiently focuses on the “suffering ISIS women in the horrible Syrian camps that we have to help come safely home to the European welfare states.”

Western diplomats, such as the UN Special Envoy to Syria, Geir O. Pedersen has the sorry task of making it seem in the mainstream media as though the West “created the peace in Syria”. Let us guess that will be the end narrative.

Pedersen is but one in the remarkably long line of Norwegians (a nation of only 6 million inhabitants) steadily being appointed by the USA controlled international organizations.

Norway is the oil rich Qatar of Europe, very special friend to Hillary Clinton having donated hundreds of millions to Clinton Foundation. Not to mention that it abruptly stopped when Clinton lost the presidency to Trump. Judicial Watch revealed in 2015 that Norway, Saudi Arabia and Qatar were the three top foreign state donors to the Foundation.

Willing ISIS brides should be tried for treason, yet in liberal circles, a wave of empathy is building for the “foreign fighters” of ISIS who desire to return to their Western lives.

The tip of this iceberg is the very publicized case of Shamima Begum, the 19-year-old former Londoner who flew from Gatwick four years ago with two other girls her age to join the Islamic State, writes Scott McConnell for The American Conservative.

Now, having abandoned the remaining ISIS-controlled territory for a refugee camp run by Kurdish militias in Syria, she is petitioning to return to London and raise her third child. Her case has been all over the British news.

For someone who wants her baby to be cared for by the National Health Service, she is curiously unrepentant about joining a terrorist organization.

Thus far she’s been unable to summon even nominal disapproval of the Islamic State-orchestrated bombing of an Ariana Grande concert in Manchester, which killed 22 people, much less the enslavement and mass rape of Yazidi women in ISIS-controlled areas.

She’s even defended the most brutal ISIS practices as “compatible with Islam.” Nevertheless, a sort of British chattering class groundswell has arisen to welcome her, to treat her, as one columnist wryly put it, as “Britain’s long lost sweetheart.”

Treat her “with compassion,” urges the liberal Guardian. Naturally, her attorney describes her as a “victim.”

Opposition leader Jeremy Corbyn avers that Begum obviously “needs to answer questions” about her activities upon her return but also needs also to be “shown support.”

It remains to be seen, however, whether she will return at all. Home Secretary Sajid Javid has revoked her citizenship, noting that she still retains Bangladeshi nationality and that her father has returned to Bangladesh.

It’s not clear how the citizenship question will ultimately be resolved, but Begum has made it clear that she wishes to return to the UK where the social benefits are clearly superior.

In the television interviews she gives, she affects a normalcy and near-banality that evokes Hannah Arendt’s famous epigram about the Eichmann trial.

Here is a young woman who left an apparently comfortable life as a straight-A high school student in Britain to join an organization that was self-avowedly bloodthirsty and at war, and now manages to speak of her experience as though she were expressing a preference for pop music.

The sight of severed heads in dustbins, she avers, “didn’t faze me at all.” She says “a lot of people should have sympathy with everything I’ve gone through.” She just wants to “come home and live quietly with my child.”

That child, as one columnist remarked, is named after an Arab slayer of infidels.

So it’s fairly understandable that most British people seem not at all eager to welcome her back into the bosom of their welfare state as if she had been on a gap year.

All indications are that Sajid Javid’s revocation of her citizenship is broadly popular.

President Donald Trump clearly feels the same way. His administration is similarly trying to avoid the return to America of ISIS bride Hoda Muthana by claiming that she is not actually an American citizen (her father was a Yemeni diplomat at the time of her birth in New Jersey).

Yet there are hundreds of other European “foreign fighters,” some of Muslim backgrounds and some converts, who are in similar situations and don’t have ambivalent nationality circumstances that makes it plausible to bar them.

The ISIS fighters who want to “come home,” as their supporters invariably put it, are a security issue of some import for France, Belgium, and Germany as well.

Underlying all of this is the question of what attracted them to ISIS in the first place. Daniel Hannan, an author and European Parliament member, notes that Britain was able to recruit thousands of Indian Muslims to serve under British colors during the First World War, at a time when imperial Britain’s policy towards Bengali Muslims was certainly more unjust than anything conceivably faced by Muslims living in Britain today.

What changed? “Why were Bengali Muslims, who at the time arguably had cause to resent Britain, prepared to don its uniform, while some of their descendants in Tower Hamlets, offered every benefit by the British state, cross half the world to oppose us?”

Hannan’s answer: “that Britain no longer conveys a sense of self-belief—the kind of self-belief that makes it easier for newcomers to want to belong.”

So paradoxically—Hannan doesn’t say this but I’ll extend his point—the more Britain and other Western countries flagellate themselves over their historical misdeeds and purported racism, the less able they are to attract the loyalties of ethnic outsiders.

So long as multiculturalism means, as it now does in the contemporary West, that every ethnic group is supposed to find cultural power and meaning and self-esteem in promoting its roots and heritage, and so long as the assigned role for whites is to wallow in the sins of their ancestors, radical hate-the-West groups will appear compelling to minorities. Read the full article here.