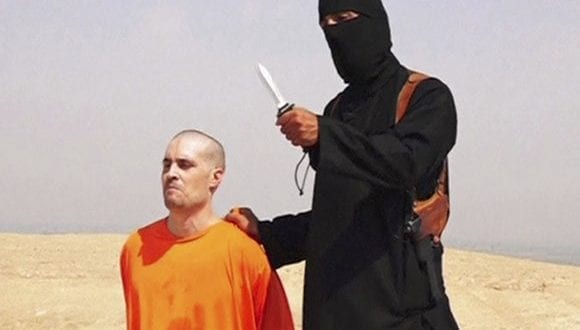 Idlib refugees: Al Qaida as Western ally was confirmed in 2014

Herland Report: Idlib refugees and Al Qaida as Western ally: Many ask why we do not cover the Syrian Arab Army and its allies’ attack on Idlib in Syria, as two million are in distress.

Well, what is there to say? At one point the war on Syria has to end and its mercenaries return home.

Those Syrians who sympathized with the various Al Qaida fractions either have to flee the country or seek amnesty with Assad. If they flee, Europe through Turkey is a natural destination.

Or America and other allies, who funded much of this in the first place.

The authoritarian, often corrupt Syrian regime has had the typical weaknesses of states in the “Arab world”, and was easily exploitable by outside forces.

In the beginning. But Gene Sharp did not work so well in Syria.

It is but natural that Erdogan opens the borders to Greece. In its routine, it will result in the EU probably paying him billions of EU taxpayer’s money to close it again.

It happened before. And the Europeans don’t seem to mind donating billions to Erdogan again and again, at least, they don’t protest in any form or shape.

Erdogan knows how to play the game with European leaders: First they fund the uprising against Assad, weaponize Al Qaida affiliated mercenaries by the billions.

Then, all of the sudden, it is supposed to be a tragedy that the same mercenaries with families want to return to Europe at the end of the war? If it is the end, that we still do not know.

Yet, this is all very, very old news now. The Judicial Watch retrieved DIA report from 2012 demonstrated back in 2014 who was allied with who in the Syria war. The Report came from the US Defense Intelligence and documented that Al Qaida was our ally.

For years, Judicial Watch sued the US government and State Department for classified documents, as an extensive amount of documents had been kept secret that Judicial Watch felt should be public.

One of the released documents after years in court was the DIA report, dated August 12th, 2012, long before ISIS surfaced. The situation in Syria is herein defined “The Salafist, the Muslim Brotherhood, the Al Qaida in Iraq are the major forces driving the insurgency in Syria. The West, Golf countries and Turkey support the opposition, while Russia, China and Iran support the regime.”

Many have commented on the hypocrisy: Why keep pretending that these are not our allies? It would seem much more trustworthy to be honest about it.

Idlib as an Al Qaida den

Al Qaida as Western ally was confirmed in 2014: Everyone knows Idlib is an Al Qaida den(Al Qaida may be an outdated term, but widely known in the West, the name still holds some relevance).

Idlib was to where the Al Qaida affiliated islamists all fled as Assad regained village after village. Remember Raqqa, then Der el Zoor? Remember East Aleppo? NATO officials were captured there. As area after area lost to Assad, Idlib became the destination for the Western supported “moderate rebels”, to put it that way.

Robert McNamara said it in the documentary The Fog of War: It is hard to beat people on their own territory. It is their country. What can you do. They stay there until everyone is killed. McNamara pointed out the grave US mistake of supporting one fraction in a civil war, you just don’t get the full picture.

Documented straight from the horses’ mouth, by the DIA’s 2012 report, retrieved in 2014 plus endless reports on the internet from a wide variety of journalistic efforts:

Al Qaida affiliated groups were supported by the West in the attempt to topple Assad. That did not go so well.

The European game has been out in the open years ago. It is we who have paid billions in “foreign aid to Syria” which only has benefitted the so-called “rebels”.

It is we who have supported these through destroying the trust in non-governmental NGOs, funding military equipment, mercenaries armies and so on to topple Assad.

Who can blame Erdogan, a Western ally who has certainly worked to accomplish the neo-con dream? Why should he stand alone with the two million on his border?

Thus ended the Islamic State Caliphate, an idea so carefully crafted that simply did not work as intended.

Maybe this is the end of the Western neo-con Arab Spring dream of toppling secular leaders in the Middle East and installing Islamist rule.

It was a brilliant plan to gain geopolitical control over vast Middle Eastern resources, as globalist capitalism disregards national borders and hopes for global control of the energy resources.

Iraq is still under Western control, also the Eastern Syrian area where the oil is. The Americans refuse to leave even if president Donald Trump has withdrawn the troops several times.

Which tells you how close the US is to a mutiny, its troops not following orders of its own president.

And Libyan oil and gas, so important to France and Italy, the fight ongoing, pressured by the Russian involvement now. Not to forget the fields of Afghanistan, very valuable indeed.

Years go by, “Assad must go” and all that. When the project eventually sours, in its routine, the Europeans complain about millions of refugees and “the Islamist danger to Europe”.

As it turns out, it was Obama that left, Hillary Clinton, John McCain, Lindsey Graham and many more. They all left while Assad is still in power. What is there to say?

Muammar Gaddafi warned of the refugee crisis before he was killed in 2011. Since then, we have had a massive refugee crisis in Europe. Erdogan warned of the same. If we expect Turkey to take the two million Idlib Al Qaida sympathizers and relodge them in Turkey, it simply is too much to ask.

In the Judicial Watch retrieved DIA report, the situation in Syria was described like this: “The Salafist, the Muslim Brotherhood, the Al Qaida in Iraq are the major forces driving the insurgency in Syria.”

“The West, Golf countries and Turkey support the opposition, while Russia, China and Iran support the regime.”

“Al Qaida in Iraq supported the opposition from the beginning, both ideologically and through the media. Al Qaida in Iraq conducted a number of operations in Syrian cities under the name of Jaish al Nusra.”

“If the situation unravels, there is the possibility of establishing a declared Salafist principality in Eastern Syria (Hasaka and Der el Zoor)and this is exactly what the supporting powers of the opposition wants, in order to isolate the Syrian regime.”

“The deterioration of the situation …creates an ideal for Al Qaida in Iraq to return to its old pockets in Mosul and Ramadi, and will provide a renewed momentum under the presumption of unifying the jihad among Sunni Iraq and Syria.”

“ISI (Islamic State Iraq) could also declare an Islamic state through its union with other terror organizations in Iraq and Syria, which will create grave danger… the renewed facilitation of terrorist elements from all over the Arab world entering into Iraqi arena.”

Previous Marxist ANC Racist Violence Against White South Africans Ignored
Next 5G Corona and Influenza, Norway case: Could there be a connection?