Last month a video emerged showing Islamic State members tossing hundreds of Christian textbooks, many of them emblazoned with crosses, into a large bonfire.

As one report put it, ISIS was “burning Christian textbooks in an attempt to erase all traces of” Christianity from the ancient region of Mosul, where Christianity once thrived for centuries before the rise of Islam, writes Islamic scholar Raymond Ibrahim.

As usual, ISIS is ultimately an extreme example of Islam’s normative approach. This was confirmed during a recent conference in Amman, Jordan, hosted by the Jerusalem Center for Political Studies.

While presenting, Dr. Hanna Kildani, a Christian, said that “there is a complete cancelation of Arab Christian history in the pre-Islamic era,” “many historical mistakes,” and “unjustifiable historic leaps in our Jordanian curriculum.”

“Tenth grade textbooks omit any mention of any Christian or church history in the region.” Wherever Christianity is mentioned, omissions and mischaracterizations proliferate, including the portrayal of Christianity as a Western (that is, “foreign”) source of colonization, said Kildani.

Of course, Christian minorities throughout the Middle East—not just in Jordan—have long maintained that the history taught in public classrooms habitually suppresses the region’s Christian heritage while magnifying (including by lying about) Islam.

“It sounds absurd, but Muslims more or less know nothing about Christians, even though they make up a large part of the population and are in fact the original Egyptians,” said Kamal Mougheeth, a retired teacher in Egypt.

“Egypt was Christian for six or seven centuries [before the Muslim invasion around 640]. The sad thing is that for many years the history books skipped from Cleopatra to the Muslim conquest of Egypt. The Christian era was gone. Disappeared. An enormous black whole.”[i]

This agrees perfectly with what I recall my parents, Christians from Egypt, telling me of their classroom experiences from more than half a century ago: there was virtually no mention of Hellenism, Christianity, or the Coptic Church—one thousand years of Egypt’s pre-Islamic history.

History began with the pharaohs before jumping to the seventh century when Arabian Muslims “opened” Egypt to Islam. (Wherever Muslims conquer non-Muslim territories, Islamic hagiography euphemistically refers to it as an “opening,” fath, never a “conquest.”)

Sharara Yousif Zara, an influential politician involved in the Iraqi Ministry of Education agrees: “It’s the same situation in Iraq. There’s almost nothing about us [Christians] in our history books, and what there is, is totally wrong. There’s nothing about us being here before Islam.

The only Christians mentioned are from the West. Many Iraqis believe we moved here. From the West. That we are guests in this country.”[ii]

Zara might be surprised to learn that similar ignorance and historical revisionism predominates in the West. Although Christians are in fact the most indigenous inhabitants of most of the Arab world, I am often asked, by educated people, why Christians “choose” to go and live in the Middle East among Muslims, if the latter treat them badly.

At any rate, the Mideast’s pseudo historical approach to Christianity has for generations successfully indoctrinated Muslim students to suspect and hate Christianity, which is regularly seen as a non-organic parasitic remnant left by Western colonialists (though as mentioned, Christianity precedes Islam in the region by some six centuries).

This also explains one of Islam’s bitterest ironies: a great many of today’s Middle East Christians are being persecuted by Muslims — including of the ISIS variety — whose own ancestors were persecuted Christians who converted to Islam to end their suffering.

In other words, Muslim descendants of persecuted Christians are today slaughtering their Christian cousins. Christians are seen as “foreign traitors” in part because many Muslims do not know of their own Christian ancestry.

Due to such entrenched revisionism, Muslim “scholars” are able to disseminate highly dubious and ahistorical theses, as seen in Dr. Fadel Soliman’s 2011 book, Copts: Muslims Before Muhammad.

It claims that, at the time of the Muslim conquest of Egypt, the vast majority of Egyptians were not, as Muslim and Western history has long taught, Christians, but rather prototypical Muslims, or muwahidin, who were being oppressed by European Christians: hence, the Islamic invasion of Egypt was really about “liberating” fellow Muslims.

Needless to say, no real historian has ever suggested that Muslims invaded Egypt to liberate “proto-Muslims.”

Rather, the Muslim chroniclers who wrote our primary sources on Islam, candidly and refreshingly present the “openings” as they were—conquests, replete with massacres, enslavement, and displacement of Christians and the destruction of thousands of churches.

In short, Islam’s attacks on Christianity are not, as some in the West know, limited to the physical, but for long have involved intellectual attacks dedicated to undermining its heritage — dedicated to erasing Christianity’s history in the very region of its birth.

The Herland Report Scandinavian news site, TV channel on YouTube and Podcasts have millions of readers/viewers yearly. It is a great place to watch interviews and read the articles of leading intellectuals, thought leaders, authors and activists from across the political spectrum. The Herland Report believes in freedom of speech and its editorial policy resides above the traditional Left vs Right paradigm which we believe has lost its relevance and ability to describe the current driving forces in Western politics.
Previous Imam state ISIS are foreigners who cannot speak Arabic
Next Europe, Syria, Libya wars in the Middle East 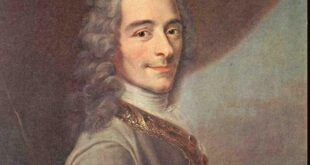 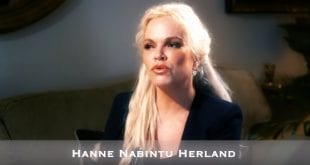 Herland Report: The Bible is the most read book in the world. It is …