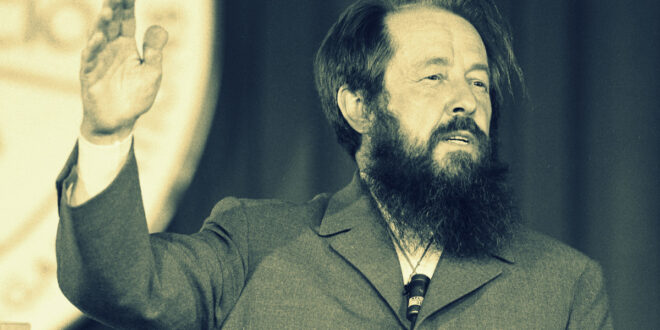 Herland Report: Men have forgotten God: The West has, in recent years, bestowed upon itself an immense weight of suffering from financial crisis, lack of ethics, health and a variety of political crisis. Traditional values, respect for the elderly, tradition, the family and faith has been scrapped from the public narrative.

Front and center is the atheist materialist world view that deems the physical dimension as the only true existence. With physical wealth as the only value, the rich fight to own it all with no regard for the afterlife.

Materialism is preached to the young at universities and schools as God is proclaimed dead and our culture left without answers for the big questions of of life, writes historian of comparative religions and author, Hanne Nabintu Herland.

In parallel, depression, the meaninglessness of life and spiritual depravation engulfs so many, with little cultural knowledge of how to grapple with inner demons. The knowledge about how we did this before, is lost.

Yet, it is still worth remembering that the current suffering might produce something genuine.

Just look to Russia where the poverty of atheist Communism almost killed the respect for its historical culture, yet from this very repression of human diversity came the massive Russian revival that currently sweeps the East. Of which we, by the way, hear so little in the Western media.

Forced upon the Russian people was the Marxist world view, at center of it a remarkably harsh attitude of hatred towards traditional religion. In the Soviet Union, people were not in any way free to believe as they pleased, but were forced to adhere to an atheist tyranny that denied them religious freedoms. The spoken goal was to eradicate religion and old traditions all together. They were also told that God is dead.

Christian Orthodoxy experienced a massive revival in the Eastern European countries and the Soviet Union precisely under the tyranny of atheism under the Communist decades.

Men have forgotten God:  This is quite puzzling. One would expect Christianity to diminish and disappear under such ruthless atheist repression, yet the very opposite happened. The more dissidents sent to the Gulag, the stricter Communist control over the media, the more persecution against Russian churches – the larger grew the faith in religion.

It may seem that the God factor rationalized human suffering in such a way that the repressed Russians found a higher meaning in life through the Conservative, religious and traditional world view. They concluded that reverence for history, not the abolition of it is important for a flourishing culture.

Today, millions flock to the Russian Orthodox churches, adhering to the Orthodox way of life. Considering that Russia until the fall of the Soviet Union was a starkly strict atheist state nation, this development is startling.

As many discovered that the atheist narrative simply did not produce the Marxist utopian society it professed to, the meaninglessness of atheism drove Russians back to the traditional, Conservative faith. As told by Yuri Mashkov in this article.

The Russian Orthodox monk, Seraphim Rose speaks about these topics at length in the book God’s revelation to the Human Heart. As the Soviet Union had a media structure that did not permit stories that broke off from the atheist state narrative, the West was quite deprived from knowledge about what went on behind the Iron Curtain. In much the same way as the current Western mainstream media. We must therefore rely on accounts such as that of Rose, or that of Russian dissidents like Alexandr Solzhenitsyn.

Orthodox Christianity understands suffering and gains its strength from it. The early Christians suffered and were persecuted, almost all the apostles died as martyrs. It was in the catacombs that the divine liturgy and services was worked out in the constant expectation of death, writes Rose.

In the state of suffering, something goes on which helps the heart to receive God’s revelation as man is humbled. God becomes great and man merely his servant.

A lifespan to the genuine Christian is a question of an eternal story; life to an atheist is limited to a few years on earth which ends at death. The two remarkably different world views rise from these vastly differentiated approaches to life and death. For the Orthodox Christian, sending him to Gulag and killing him there is but the beginning of his long journey to eternity.

Men have forgotten God: The Christian author and dissident, Alexandr Solzhenitsyn, who received the Nobel Prize in 1970, remained particularly critical towards a secularization disguised as freedom, yet it implements an atheist tyranny. He put the blame of the Soviet failures on the atheist mentality and famously said: “Men have forgotten God; that’s why all this has happened.”

Where there is atheism, there is only materialism since nothing else exists to the atheist.

The world becomes meaningless in such a view and only the pursuit of selfishness, hedonism, pleasure and material wealth renders existence some meaning. The hope of utopia lie in the implementation of a classless society where God no longer exists.

The atheist world view, relating only to the material world, is thereby extremely limited in its understanding of the complexities of the world and what it means to be human. The void created from being negligent of the whole picture leaves the atheist in a remarkable state of spiritual poverty, as his reality only describes part of the full picture: The physical dimension.

This limits him to solely be submerged in materialism – as he lives in oblivion of the vast universe of the spiritual dimension – which is the very realm that controls the lower and physical elements, as told by the Christian worldview.

This spiritual poverty now engulfs the West as the equation of God is removed from the public consciousness. And humans are left to helplessly die.

The level of censorship in social media and search engines is all-time high. Do like thousands of others, subscribe to The Herland Report newsletter here! Hanne Nabintu Herland is a historian of religions and bestselling author. She is the founder of The Herland Report Scandinavian news site, TV channel on YouTube and Podcasts which have millions of readers/viewers yearly. This is a great place to watch interviews with leading intellectuals, thought leaders from across the political spectrum. Herland’s books include Respect, Det Nye Babylon, The Culture War. How the West lost its Greatness, and her latest, New Left Tyranny. The Authoritarian Destruction of Our Way of Life is available on Amazon, Barnes and Noble, across the USA and in 60 countries world-wide. New Left Tyranny shows how the neo-Marxist New Left turned their back on historical Western principles and became a destructive authoritarian force. www.theherlandreport.com