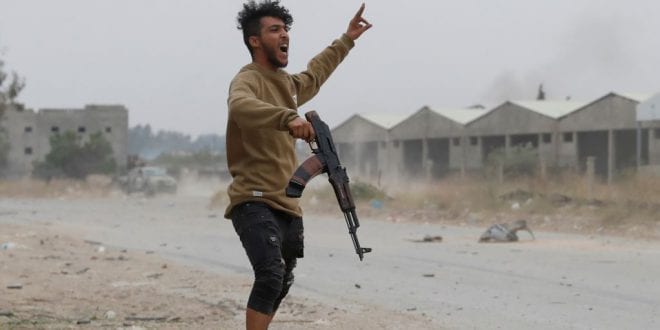 Leading media refer to Qatar and Saudi Arabia as the largest sources of financial support for the terror groups. Saudi Arabia practices the same methods of punishment as ISIS/Daesh.

Republican leader John McCain confirmed the link himself between Saudi Arabia and Syrian rebels when he “thanked God for Qatar, Saudi Arabia and Prince Bandar who helped us finance the uprising against Assad in Syria” as stated in American media outlets.

Terror attacks in Europe rightfully receive much attention and is rightfully harshly condemned. Assaults against innocent civilians is a cunning method of warfare, creating fear among the whole population as everyone becomes a target.

Yet, similar attacks against Muslims and other groups have taken place in Lebanon, Iraq, Afghanistan, Libya, Egypt, Mali and Kenya, – with hardly any news coverage, writes Hanne Nabintu Herland, historian of comparative religions, bestselling author and founder of The Herland Report that reaches millions yearly.

The US agenda in Syria #FreeSyrianArmy

These atrocities against civilians barely attract the attention of the media compared to when terror hits Europe. Many complain that “human rights” is only applied to Westerners, the above seems to prove the point.

Few complain when Muslims die en masse. King Abdullah II of Jordan has pointed to the fact that over one hundred thousand Muslims have been killed in what today seems like the beginning of a World War III, millions displaced and having lost everything they own, and millions of refugees in the neighboring countries to nations such as Syria.

Nevertheless, as if unnoticed, the storyline still runs – “the good West against the evil Middle East.” The politically correct narrative dominates almost completely in the Western media and helps to create hatred between ethnic and religious groups that is not consistent with the reality on the ground.

The West plays a dirty blame game. France, for one, has long been engaged in the Middle East’s geopolitical civil wars, at a safe distance from French soil. What is new is not the terrorist attacks, but that these attacks now happen in the heart of Europe.

A brief summary of the facts illustrates the shortcomings of such unilateral and divisive thinking, branding one party “the good” and the other “evil.” In truth, we are far from innocent in wars such as ongoing Syrian conflict.

France has for long been supporting the “Western-friendly” Free Syrian Army (FSA), which according to Human Rights Watch is responsible for the kidnapping, torture and murder of civilians, as well as the active use of child soldiers as young as 12 years old.

When the FSA took control of the city of Homs in Syria, an event reported in detail by Der Spiegel, their actions were strongly reminiscent of Iraq’s death squads with mass executions, the insidious use of informants and the terrorization of civilians. FSA has consistently pushed homosexuals off buildings, and one of their leaders cut out the heart and liver of a soldier and ate it on camera.

Apparently French legionnaires have served as leaders. The Free Syrian Army even flies the French colonialist flag, it is seen in pictures everywhere on the web. These are the “moderate groups” that are actively supported by the French. One can only imagine the hatred growing among civilians in areas where the Western linked FSA has been operating.

How to take down seven nations?

USA’s four-star general, Wesley Clark has repeatedly said that if you ask people in the Middle East what is really going on, they will reply that the extremists, often young men, are deliberately used by the Sunni-Muslim Saudi Arabia and Qatar in the fight against Shiite Iran and Hesbollah.

In jihadist groups in Syria, a whole generation of young men are reportedly chewing Captagon-amphetamine while they kill fellow Muslims, Middle East’s Christians and others. Here religion is the misdirected motivation in a calculated geo-strategic game initiated by their own leaders, well supported by Western powers.

A recent RT documentary, “ISIS versus Christ,” investigating the fate of the Egyptian Copts killed by Daesh on the Libyan beach, reports how the imam in their village says that the killers did not even speak proper Arabic, not even being from the region, and not reflecting in any way Muslim values.

France was also among the most eager to bomb Libya, Africa’s richest country, a nation then rating higher than Italy and Australia in UN statistics on living standards, Libyan welfare benefits were evenly distributed among its population. Prior to the 2011 NATO military coup, schemes were shuttle-trafficked between Nicholas Sarkozy, Bernard Henri Lévy, Mahmoud Jibril and Hillary Clinton.

Libya’s oil fund of 150 billion dollars was confiscated by Western banks in an incredibly well-planned raid. Foreign Policy Journal now stating that Clinton’s emails reveal the true motive for the horrifying Libya intervention, namely Gaddafi’s plan to create a gold-backed currency to compete with the dollar. According to the LA Times many of the rebels on the ground were Qatar-funded and French-trained, everyone getting all the help they needed from NATO’s Air Force.

The Western media war provided critical assistance. Journalists actively conveyed circumstantial evidence from one side in the conflict. There was even allegedly proven that that the Qatar-owned Al Jazeera staged scenes inside the Doha offices, where they paid actors to perform in the “battle of Tripoli.”

These films were shown during the NATO bombing of Tripoli before the rebels even arrived. This provided the desired fear effect. Afterwards the president of the transitional government, Mustafa Abdul-Jalil said to France24 – in Arabic — that he was immensely pleased with the lies presented by Al Jazeera in the media.

When the war was over, the Al Qaeda flag was waving above the judicial halls of Benghazi. Abdelhakim Belhadj became the military governor of Tripoli. He led the Al Qaeda-affiliated Libyan Islamic Fighting Group, that was on both the UN’s and the USA’s list of terrorist organizations.

Republican leader John McCain could not praise Belhadj enough, calling him a “brave fighter and Libyan patriot” who led his people “to freedom”, away from “the despot Gaddafi.” That the same Belhadj became the new Libyan leader of ISIL in 2015 was embarrassingly revealing.

The former leader of the Defense Intelligence Agency, Michael Flynn, even maintains that the USA consciously and deliberately used Salafi groups like IS and Jabhat al-Nusret in the struggle to weaken Bashar al-Assad.

Many remember general Wesley Clark, who said that after 9/11 the Pentagon told him that the USA would attack Iraq, Syria, Lebanon, Libya, Somalia and Sudan to “destroy these countries and remove their rulers.” Wesley described this as a political coup, a dramatic change in USA’s foreign policy.

The very problem that the “moderate rebel groups” supported by the US and us, were often affiliated with Al Qaida, ISIS and other rebel groups. Many have commented on the hypocrisy: Why pretend that these are not our allies?

The Judicial Watch retrieved DIA report from 2012 demonstrated who was allied with who in the Syria war. The Report came from the US Defense Intelligence.

Republican leader John McCain even confirmed the link himself between Saudi Arabia and Syrian rebels when he “thanked God for Qatar, Saudi Arabia and Prince Bandar who helped us finance the uprising against Assad in Syria” as stated in American media outlets.

In Stalingrad-Syria over 10 million are now displaced. The Italian newspaper Il Messaggero already wrote in February 2015 about ISIS’s plans to send refugees and jihadists to Europe as part of their war strategy.

Many recalled lawyer and presidential daughter, Aisha Gaddafi’s warnings to the New York Times in 2011 in which she claimed that the West would bitterly regret the removal of Gaddafi. She referred to the deep hatred towards Americans awakened by the war in Iraq. Here lie the origins of IS. “Believe me, Libya will be much worse,” she said.

Aisha predicted that Islamists would become established in Libya and that a massive wave of refugees would hit Europe. To quote Norwegian senior researcher Julie Wilhelmsen at NUPI: “There are now many who believe that removing Saddam Hussein in Iraq and Gaddafi in Libya was not such a good idea.

The resulting anarchy spawned terrorism. ” Even president Obama says sorry, which is to little help. No Western leaders must take responsibility. Haag is reserved for Serbs, Africans and others, never those in the West whose actions has produced horrifying suffering among civilians in country after country.

Turkey has taken in about 2.2 million Syrian refugees, Jordan 1.4 million. In Beirut there is not an empty apartment to be had, around 2 million Syrians are now in Lebanon, many not registered. It is only in Europe that the flow of refugees is a new phenomenon, with over 20 000 new arrivals daily, according to combined figures. The West should stop its hypocricy and take heed. When you heartlessly dig a grave for others, it is easy to fall into it yourself.