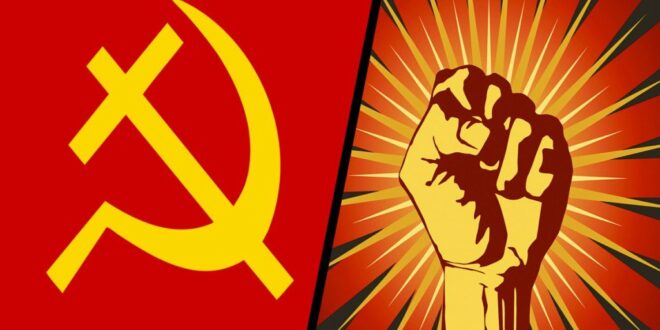 Herland Report: Marxism created religious revival: As Americans now turn to Marxism in the hope of a better and more just world, the Communist Soviet experience is worth revisiting.

In the Western public sphere, we do not sufficiently comprehend the Soviet experience, except maybe for the words of its dissidents, who were able to escape the Communist “paradise”.

Free speech – or the concept of allowing an honest public discourse that respects differences of opinion – was forbidden in the Soviet Union. So of the Orthodox religious revivals, we know little.

The mere critical mention of Stalin’s “mustache” in private letters produced years in the Gulag prison camps, such as what happened to the famous novelist and Christian philosopher, Alexandr Solzhenitsyn.

How Atheist Marxism created religious revival in Russia: In the Soviet Union, children were taught, much like students in the United States today, that atheist Marxism leads to a classless brighter future without racism or injustice towards minorities.

People were later disillusioned by the totalitarian hypocrisy found among its Communist leaders. Any objection to the one permitted mainstream media worldview quickly resulted in the harshest reaction by the iron fist Soviet authorities, often resulting in Gulag imprisonment.

Marxism created religious revival: Many gradually understood that Communism was not the freedom that it claimed to be.

Thus awoke the dissident souls, which only produced that they were thrown in prisons and exported to years in the Gulag prison camps. If not killed there by harsh labor conditions, suicide, hopelessness or ruthless winters, their spirit was crushed to silence when returning to civil society. They knew that there was no freedom to be found anywhere – and silence was the only option.

The despair that arose from realizing that Communism was not the solution to human suffering fueled the Russian Orthodox religious awakening.

The discrepancy between the ideals about a free classless society and the Marxism created religious revival: gruesome reality of the Gulag for whoever spoke up, illustrated the true nature of the corrupted elites. Precisely this realization caused many to turn to Orthodox Christianity.

This experience caused him to speak up, which led to him being arrested and given the highest punishment for anti-Soviet agitation and many years in prison.

How Atheist Marxism created religious revival in Russia: Mashkov spoke about these experiences in a Russian conference in New Jersey in 1978, shortly after being permanently exiled from the Soviet Union.

He explains how the totalitarian experience with atheist Marxism led him to embrace Christianity, like so many others inside the totalitarian system. None of this was, of course, reported on in the strictly controlled Soviet media.

Mashkov explains that the metaphysical revelation of God as reality elevated his soul fundamentally to whole other level of existence, and was to him as if a door opened from a dark room and into a sunny street.

Rose recommends The Gulag Archipelago by the 1970 Nobel Prize laureate Solzhenitsyn to anyone who wishes to understand atheism as it was practiced in Russia and what it does to the human soul.

How Atheist Marxism created religious revival in Russia: Also check out these topics at CNN or FOX News. Other sources may be New York Times, USA Today, the Washington Post or from the British angle, BBC, The Guardian, The Telegraph or Financial Times.