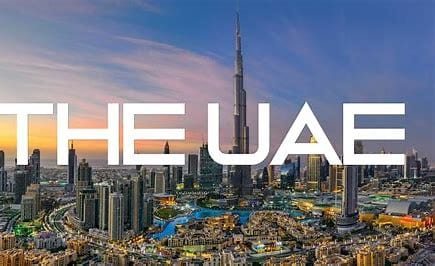 Herland Report: The willingness to back down on annexation as well as Israeli military might in the region helped push for the Israel-UAE-Bahrain peace deal, brokered by Donald Trump.

Yossi Klein Halevi writes at Times of Israel: The peace treaty being signed today by Israel and the United Arab Emirates and Bahrain is a retroactive victory over one of the greatest threats Israel ever faced.

Halevi is a senior fellow at the Shalom Hartman Institute, where he is co-director, together Imam Abdullah Antepli of Duke University and Maital Friedman, of the Muslim Leadership Initiative (MLI), and a member of the Institute’s iEngage Project. (Feature: An Adventurous World)

In the U.S., Canada, England, the Netherlands, Japan, long lines formed at the gas pump. Under pressure from Arab oil producers, almost all of Africa severed relations with Israel. Western Europe began its pro-Palestinian tilt not because of a sudden moral awakening but because of the threat of an oil cut-off.

There was no greater strategic threat to Israel than Arab oil, which was effectively turning us into a pariah state. The mood in Israel and throughout the Jewish world was bleak.

Elie Wiesel wrote an op-ed in the New York Times cautioning Jews against despair. Cynthia Ozick wrote an essay for Esquire titled, “All the World Wants the Jews Dead.” That fear seemed to me then entirely reasonable.

The culminating moment of the Arab oil boycott came on November 10, 1975, when the UN General Assembly voted to declare Zionism as a form of racism.

Today, Israel is signing a peace treaty with the UAE, one of the world’s major oil producers, and with oil-rich Bahrain. And the agreement is being quietly blessed by Saudi Arabia. Peace with Israel is being driven by the same forces that once led the campaign against our legitimacy.

Ironically, even as large parts of the Arab world come to terms with a Jewish majority state, the opposite process is happening in the West. The Arab boycott of Israel is over; BDS lives.

The peace agreement with the UAE and Bahrain reassures us that we will prevail against BDS too. It may take another generation but, as Israelis say, gam zeh ya’avor: This too shall pass.

Today’s signing is the belated vindication of the 1979 Egyptian-Israeli peace agreement. After the 1973 Yom Kippur War, Egypt’s President Anwar Sadat concluded that Israel would never be defeated militarily. After all, Yom Kippur was the Arab world’s best shot at destroying Israel. Yet a two-front surprise attack had ended with the IDF within firing range of Cairo and Damascus.

Israeli power is driving this peace. In its fear of Iran and Turkey, both of which seek to dominate the Middle East, the Arab world is turning to Israel. In other words: Arab Muslim nations are turning to the Jewish state for an alliance against the imperial ambitions of the region’s two non-Arab Muslim powers.

Israel’s economic power is an additional incentive: This is an alliance of countries focused more on the future than the past.

But it is not only Israeli power that made this agreement possible, but Israeli pragmatism. The breakthrough happened when Prime Minister Netanyahu agreed to rescind the threat of unilateral annexation of large parts of the territories.

In other words: The leader of the Israeli right effectively granted an Arab country a say in our internal decision-making. Settler leaders have denounced that decision as a betrayal of Israeli sovereignty. But it is an essential affirmation of the logic of this time: Israeli security is enhanced by regional interdependence.

And the Palestinians? They have lost their veto power over peace, and that too is an Israeli victory. Even as they lose their most powerful allies, Palestinian leaders continue to respond with the failed politics of rejectionism and a culture of hatred.

Only an unequivocal Palestinian offer to confine the “right of return” to a Palestinian state and remove the threat of undermining Israel’s Jewish majority can convince large numbers of Israelis to again consider a two-state solution.

The Palestinians must choose between “return” and statehood. Yet no Palestinian leader is willing or able to speak that truth to his own people. Instead Palestinian leaders cling to plans – like the Saudi 2002 initiative – that are effectively covers for “return.”

Especially today, an Israeli leader should appeal to our Palestinian neighbors from the heart, acknowledging their suffering, and offering, together with our new allies in the Arab world, a way out of a century of conflict. At this moment confirming the homecoming of the Jewish people, we should be acknowledging the shattering of the Palestinian people. Not just for their sake: For ours.

Along with power, then, there is one more prerequisite for ending the conflict: Israeli wisdom and generosity.

If you had told me half a century ago that normalization with Israel would be driven by Arab oil producers, and that the wealth created by oil would motivate Arab nations to seek common cause with an economically powerful Israel, I would have smiled and dismissed you as a fool.

Yossi Klein Halevi is a senior fellow at the Shalom Hartman Institute, where he is co-director, together Imam Abdullah Antepli of Duke University and Maital Friedman, of the Muslim Leadership Initiative (MLI), and a member of the Institute’s iEngage Project. His latest book, Letters to My Palestinian Neighbor, is a New York Times bestseller. His previous book, Like Dreamers, was named the 2013 National Jewish Book Council Book of the Year.

Previous Top Emirati diplomat: Peace with Israel will better serve Palestinian cause
Next Carl Korsnes on Brentano’s Four Phases of Philosophy: Are we Doomed?