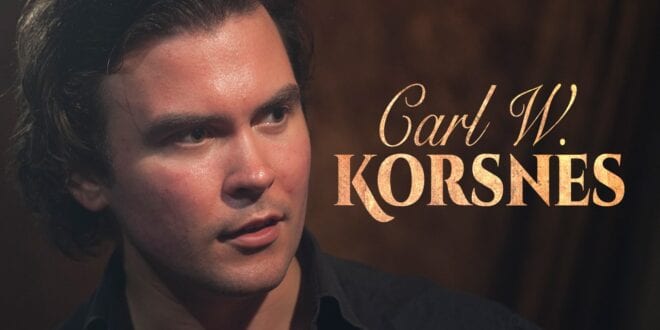 Carl Korsnes on Brentano’s Four Phases of Philosophy: Are we Doomed?

Herland Report: Cave of Apelles: Is there an inevitable cycle that civilization is doomed to repeat — merely reenacting the fall of Rome — or can we break free from it?

The biggest hindrance to a rich culture is the rejection of empiricism. Today, you are supposed to just accept the narrative — a certain signifier of the mystic phase we are currently living in.

But history shows us, again and again, that we are not doomed. Sometimes, one man is enough to turn the tide.

Norwegian philosopher and chief editor of the magazine Sivilisasjonen, Carl Korsnes, argues that the field of philosophy is affected by ideologies and that ideology prevents the empirical approach. This state of the matter, he argues, characterizes the lowest phase of philosophy: mysticism.

In the 21st episode of the Cave of Apelles, Korsnes joins Jan-Ove Tuv to discuss a theory by a much forgotten 19th century thinker, Franz Brentano. According to Brentano, the history of philosophy could be illustrated by a cycle of four repeating phases: The Theoretic, The Practic, The Sceptic, and The Mystic.

– What phase does our time belong to? This kind of questioning deserves much more attention in the public discourse, and this is what we are trying to do in Sivilisasjonen, says Korsnes.

Modern ideologies affect philosophy and lower its quality – Carl Korsnes, Sivilisasjonen: Korsnes says that according to Brentano, the theoretic phase is the only phase where philosophical progress takes place.

– In the theoretic phase, you’re observing nature in order to achieve answers. There is a humbleness in that. You observe nature and you try to get answers from it, and you can actually be wrong, and then people can disprove you through using better arguments, better observations. That’s how philosophy improves, says Korsnes.

Jan-Ove Tuv points out that for painting, the Renaissance was a period of studying nature and that some painters even dissected corpses to find the right anatomy. But because it was a time of incredible progress, its inheritors took the knowledge for granted.

– Michelangelo is such a force, but then you get people who sort of lean on that formula, which he represents, and you get mannerism, Tuv says and continues:

– I am not against recipes, but if you only look at recipes and not nature, that’s when you get the practice face.

When philosophy is used for something else than a search for truth alone, one enters the practical phase. This is the first downhill phase, according to Brentano. He called the thinkers of this phase the “popular philosophers”.

Jan-Ove Tuv compares this to academic painting in the 19th century. – When you have painters studying a guy who is standing with a stick, that’s because he can rest his arm, so that you can study him. It’s just a study. But when you start making paintings where the point is to show a man standing with a stick, then you have lost the point of why you are doing it, he says. After a while, people realize that the practical philosophy, or practical painting, as mentioned by Tuv, does not work. This naturally leads to scepticism which signifies the third phase, according to Brentano.

In order to “overcome” the sceptic phase, thinkers tend to start inventing fantastic theories that neither can be proven nor disproven. This characterizes the fourth phase, the phase of mysticism, which is the lowest point in the cycle of the history of philosophy.

Examples of mystic thinkers, whose theories are based upon an indescribable insight rather than empirical observation, are Plotinus and the Neo-Platonists in the antiquities, and Immanuel Kant and G.W.F. Hegel in modern times.

In fact, the painter Odd Nerdrum has addressed Kant and Hegel since the 1990s as the fathers of modernism, criticizing their “mystical aesthetics”.

In Korsnes’ view, the equivalent to the mystic phase in painting would be the period of conceptual art or pure “inventions” that merely serve some political goal. On the other hand, Brentano’s theory pertains to philosophy, not the world as a whole, he says. – It is not necessarily so that when the theoretic phase is current in philosophy, that it has to be the high point in culture.

The Way Back to the Theoretic Phase?

Brentano himself believed that he lived in the mystic phase. Given the current influence of thinkers such as Hegel and Kant, and their followers, as well as the ideologization of science, Korsnes argues that mysticism still prevails.

– How do we get out of the mystic phase and back to the theoretic phase, then?, asks Jan-Ove Tuv.

– Mysticism is best answered to by pointing to the outer world. When the Hegelian philosopher Arthur Danto says that it is impossible [due to Zeitgeist] to paint a universal painting, then paint universal paintings. Then, you have disproved it, answers Korsnes.

Jan-Ove Tuv points to the fact that Sivilisasjonen aims at showing the positive things that happen in the classical world right now, thus disproving the mystics who claim that the time for classical culture is over.

He lifts up the first printed edition of Sivilisasjonen, and concludes:

– Sometimes, the answer lies straight under your nose.